CHICAGO - Frank Lao relished watching the College of St. Benilde rally from a 14-point deficit to beat Letran in Game Two of the Season 98 NCAA Finals.

But when the smoke settled yesterday afternoon, Lao ended up picking the pieces of his soul at the Araneta Coliseum floor.

If not for his robust cardiac health, he probably wouldn't have been able to handle the sweeping highs and exhilarating lows of a 76-71 thriller that wasn't decided until the final 55.4 seconds of rugged play.

Right now, though, the prevailing emotions are joy and relief. Followed by a rush of breathless anticipation.

If the CSB Blazers take care of business in Game 3 next Sunday in Antipolo, they will be the second La Salle team Lao would take to the promised land.

In 2018, Lao was the unseen hand that helped the La Salle Greenhills win their first-ever NCAA championship after a 68-year wait. And now, after a 22-year drought, the Blazers are on the cusp of greatness.

Thanks to Lao, the kingmaker. The power behind the throne.

Lao is a prominent school booster, one who helps with logistics needed to establish a winning program. UP and Ateneo have those, too. And like Lao, they are titans of industry and pillars in the community that provide funds to find five-star recruits.

Who do you think brings in all those Fil-Ams and imports to play in the UAAP? And guess where the funds to incentivize them come from?

You guessed it: The boosters.

Unlike other super wealthy boosters who merrily soak the limelight and carry their weight around, some even attending practices and visiting locker rooms, Lao is lowkey.

He goes out of his way to stay unknown, shuns the cameras and microphones like a plague.

But he is well-known around the La Salle community even though he is not an alumni. A source told SPIN.ph that Brother Felipe Belleza is a close family friend of the Laos and served as the bridge that connected Frank to LSGH and CSB.

JUST TO BE CLEAR, HIS SUPPORT TO THE TEAM GOES ONLY AS FAR AS THE RULES OF AMATEURISM WILL ALLOW.

But for CSB, Lao helps level the playing field, especially against competing schools that have a plethora of supporters with deep wallets.

But Lao, as emphasized by those close to him, would rather deflect the glory to the players and the coaching staff, with honorable mentions to the exploits of Will Gozum (21 points, 10 rebounds and 3 blocks), Miggy Cortez (21 points) and Migz Oczon (4-of-6 from 3point range). 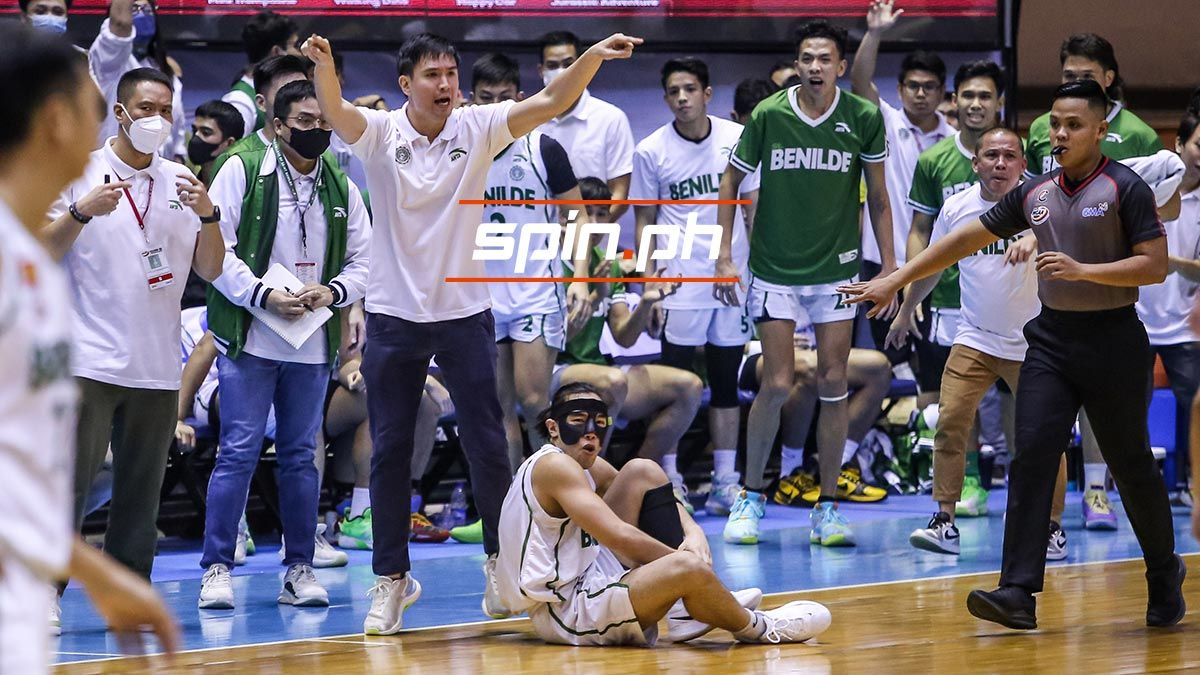 Credit goes to the rest of the team as well for not wilting and panicking under an early Letran onslaught that buried the Blazers in a 14-point hole.

"Our fans and alumni are our sixth man, cheering us on and off the court. But Mr. Lao is just as invaluable as the seventh man. He aids us quietly behind the scenes. We are blessed to have him on our side," CSB head coach Charles Tiu said in a separate interview.

Besides having the reigning MVP on the roster, the best coach in the league and a slew of big ballers, the CSB Blazers also have a secret weapon.