EGAY Macaraya owned up to his miscues which he felt derailed San Sebastian's run in the ongoing NCAA Season 95 seniors basketball tournament.

"It was all my fault eh. I was basing on my team in the D-League kasi and that's why I was frustrated in losing against LPU," he said, looking back at the lapse of judgment he had that escalated to his one-game suspension.

Last month, Macaraya instructed his player Ammar Cosari to slap the injured hand of Mike Nzeusseu with the game already beyond doubt. The Golden Stags lost the game to the Pirates, 80-69 last July 23.

That led to Macaraya being handed a one-game ban, which he served on Tuesday.

It was an unfortunate turn of events to which Macaraya deeply regrets as he offered his public apology after San Sebastian's 107-90 win over Perpetual on Friday.

Macaraya said that his emotions truly got the better of him.

"I was just carried by my emotion at the time na wala talagang ginagawa ang players ko and we were off. 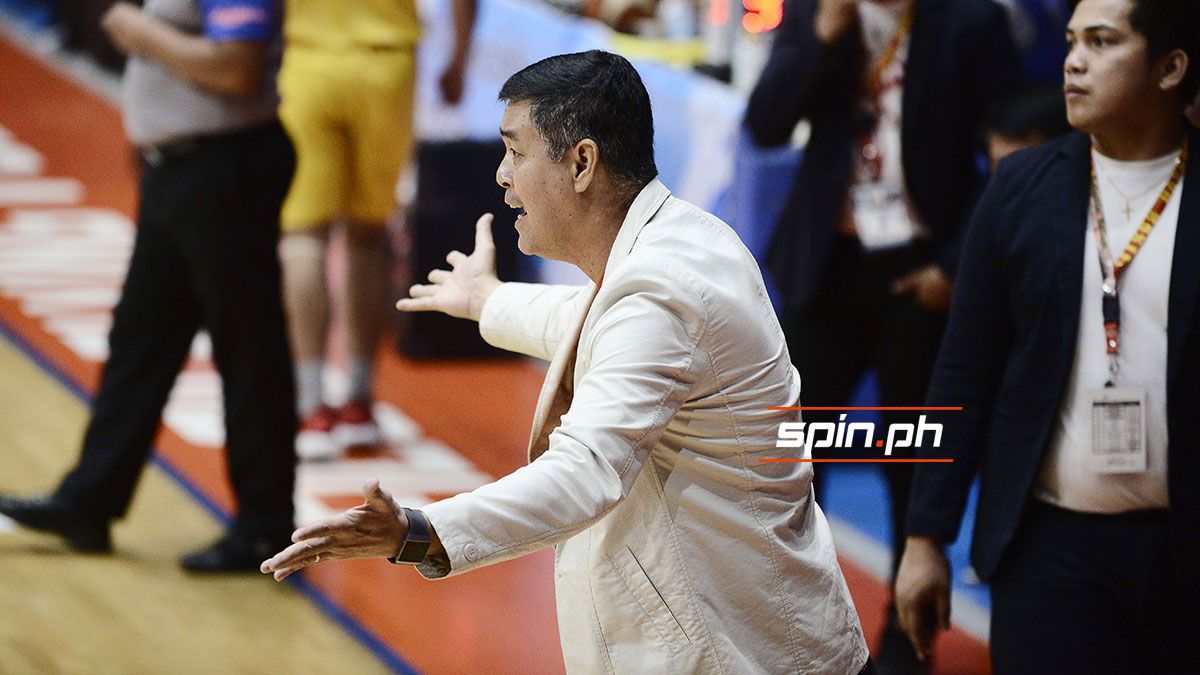 Nawala ako sa focus," he said. "In my life, never talaga akong mananakit ng player and especially if it was in the game plan na sasaktan ko si Nzeusseu. As I have said, it was an outburst of my emotions."

"I'm deeply sorry for my mistake and I ask your apology. In all of my basketball career, coach, player, hindi naman ako ganoon ka-dirty. It was just an outburst of my emotions. Thank you and hopefully mapapatawad nyo ako. I love this game, and I hope I can teach the kids play the right way and yun naman talaga nakikita sa mga players ko na umaabot sa kahit saan-saan."