DAMIE Cuntapay knows how important he is for San Beda that he had to be in his best behavior in its tense rivalry game against Letran on Wednesday.

Cuntapay caught the Knights off guard with his exceptional shooting from deep, going on a perfect 4-of-4 clip from distance to finish with 16 points and five rebounds in the Red Lions' 91-77 victory.

This improved perimeter game really shouldn't come as a surprise, he said.

Cuntapay has been one of the better shooters for San Beda this NCAA Season 98, going on a 36-percent clip from distance before this game.

Yet him polishing his stroke from deep was just an added facet for the Red Lions all the more as they seek to secure one of the top two spots in the Final Four.

Still, Cuntapay's presence in the paint was his biggest worth for the Red Lions that he understands that he can't really let his emotions get the best of him. 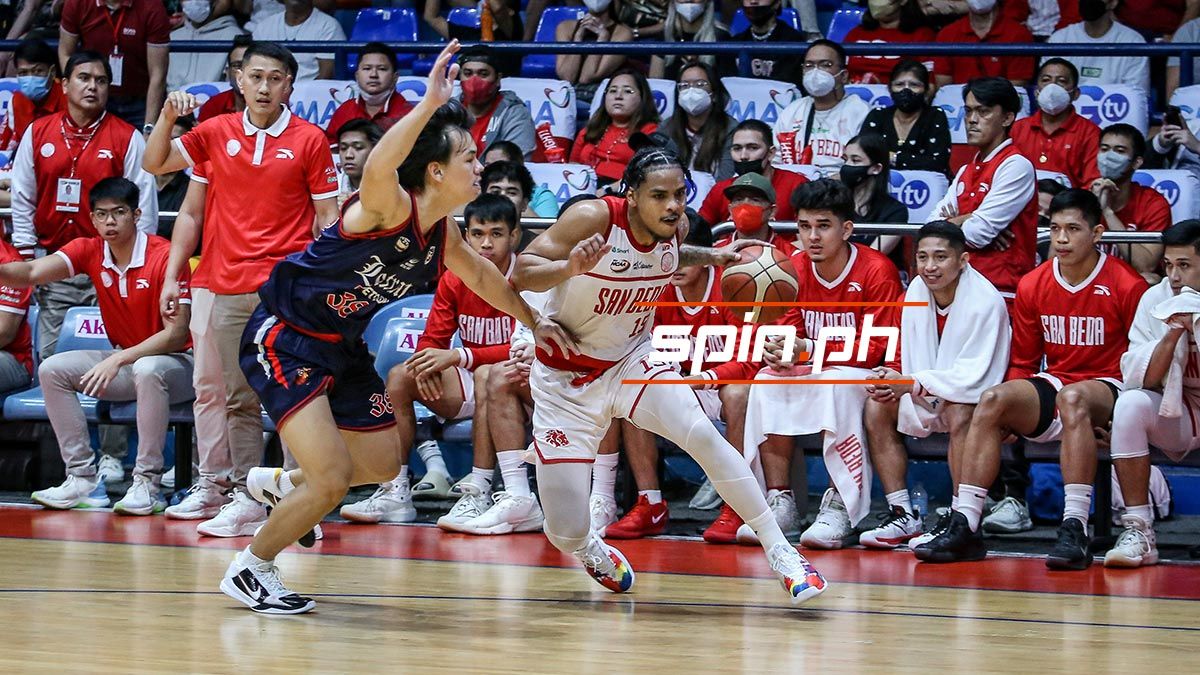 And Cuntapay looks to keep it that way with two more games left in San Beda's eliminations schedule.