BEN Adamos was a big part of Perpetual's campaign in the NCAA, but with the 6-foot-7 big man deciding to enter the upcoming PBA Rookie Draft, the Altas have no other option but to move forward.

Adamos was a rock for Perpetual in its last campaign. The 6-foot-7 center averaged 11.6 points on 45.1-percent shooting, alongside 8.8 rebounds and 1.4 blocks as he manned the paint for the Altas back in NCAA Season 95.

Saguiguit acknowledged the difficulty of finding someone to fill the void, but he's banking on the chemistry of the team to make up for the departure of Adamos and senior Edgar Charcos. 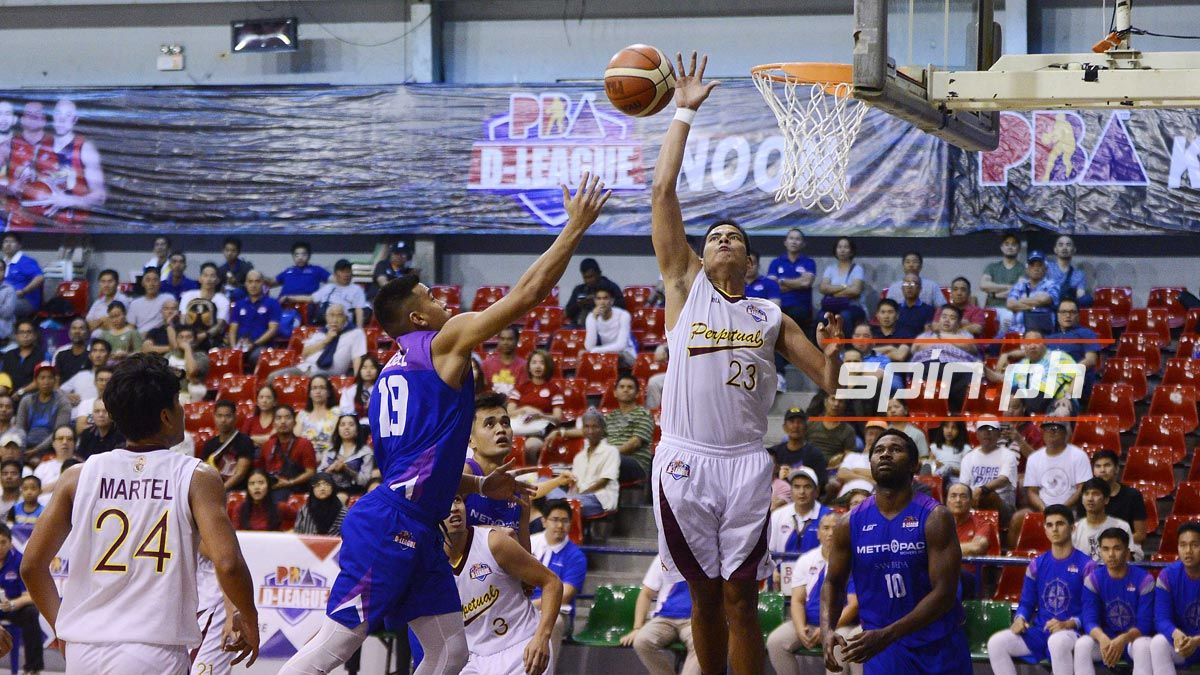 Perpetual will still have Tonton Peralta, Kim Aurin, and upstarts Jielo Razon, Jasper Cuevas, Jef Egan, and Kyt Jimenez as it plots a return to the Final Four.

The Altas' last go-round, then under coach Frankie Lim, was a roller coaster one ending with a 5-13 record, good for seventh place in the standings.

Saguiguit, promoted from the high school team to take the lead in the seniors squad after Lim's departure, expects his team to be eager to go once college basketball is given the go-signal to resume.

"We had a lots of learnings from Season 95," he said of the team, which is still limited to virtual trainings up to now. "Sabi ko sa kanila, aside from that experience at nabigyan tayo ng time to get hungrier dahil sa pandemic.