IT wasn’t the ending coach Charles Tiu hoped for in his first season with College of St. Benilde.

But it is what it is and lessons were definitely learned following the Blazers’ failure to crash the Final Four party of NCAA Season 97.

“It’s tough. I would say that I’m disappointed,” said Tiu after seeing the team’s season come to an end on Wednesday with a 76-64 loss to the streaking Perpetual Help Altas in their knockout game at the Filoil Flying V Arena for the last semifinals berth.

“It’s hard but it’s also a learning experience for me. I have to do a better job also, and hopefully, with more time to prepare with this team, we can still improve.

The Blazers finished fourth with a 5-4 record at the end of the eliminations, but were still favored to advance despite being relegated in the play-in after undefeated defending champion Letran and No. 2 Mapua clinched the first two outright berths in the Final Four.

But they lost to the Red Lions, 62-57, in the play-in to forge a sudden-death with the Altas, who romped their way past Arellano University Chiefs, 59-52. 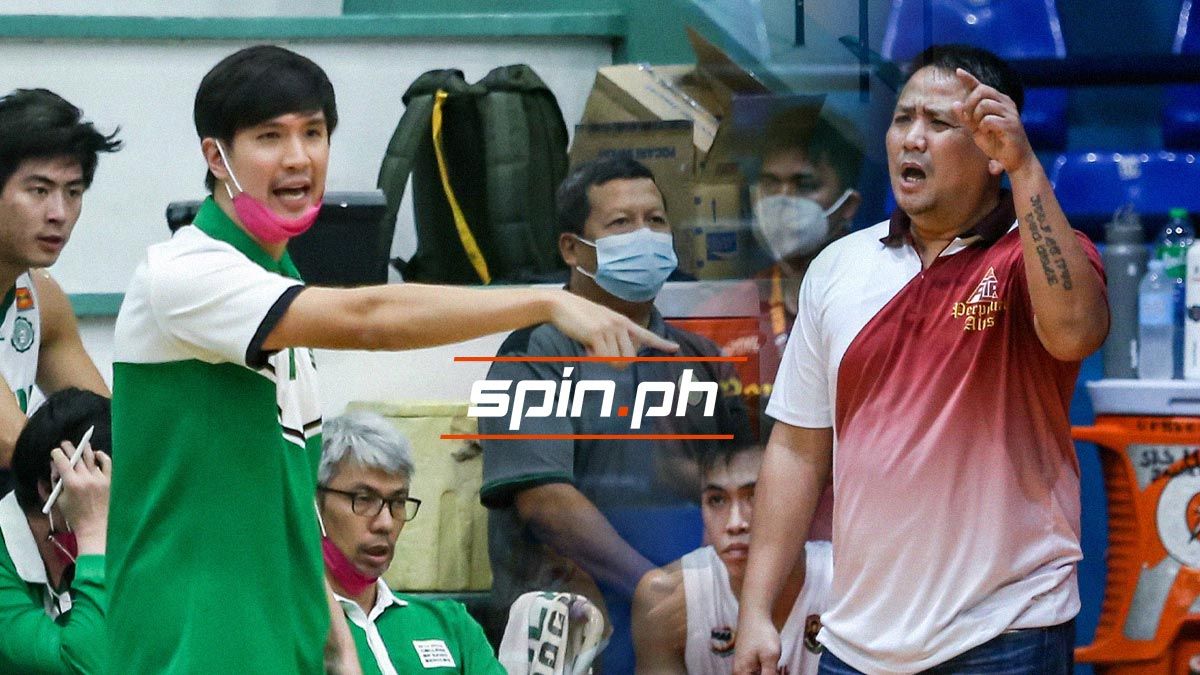 Charles Tiu and the No. 4 Blazers get ousted by Mike Saguiguit's Altas.

Saint Benilde through, couldn’t get their game going in its most important game of the season and as the Blazers failed to capitalize on the absence of Altas’ main man Kim Aurin.

Tiu in particular cited shooting and rebounding woes led to their downfall against the pesky Altas.

“We didn’t do a good job. We couldn’t make shots at the end of the day. We’re missing layups, we’re missing wide-open 3s.” said the Blazers mentor, who took over the coaching reins from TY Tang during the pandemic.

“Every game this season we lost in rebounding, and that’s one thing I always put emphasis every single game. And I’m disappointed that we couldn’t figure that out.”

Against the Altas, the Blazers shot 31 percent from the floor and was clobbered off the boards, 54-40.

Making matters worse was the absence of AJ Benzon, who was suspended after committing two unsportsmanlike foul in the team’s game against San Beda and the injury to Ray Carlos, who hurt his neck and was held scoreless in just seven minutes of play.

But Tiu is taking the loss like a man.

“I would say I fell short of my personal goal, but at least if it worked for this play-in, we could have saved St. Benilde that Final Four,” said the younger brother of former PBA player Chris Tiu.