Amid recruitment offers, Oftana glad to stay at San Beda as he inherits Mocon role

CALVIN Oftana knows all too well the humongous shoes he has to fill this season.

Coming from a long line of steady San Beda forwards, the spotlight is on him to live up to the likes of Art dela Cruz and Javee Mocon.

"Sobrang mahirap," he quipped, with all eyes on him to make up for the contributions of Mocon.

Coach Boyet Fernandez also feels his banger's plight as the fourth-year forward tries to live up to the enormous shadows his predecessors left behind him.

"Medyo mabigat talaga yung shoes na ifi-fill up niya. He’s coming off Art Dela Cruz, Javee Mocon, and the likes of other four-man, and he’s been really put in a situaton na kailangan may papalit doon sa dalawa," he said. 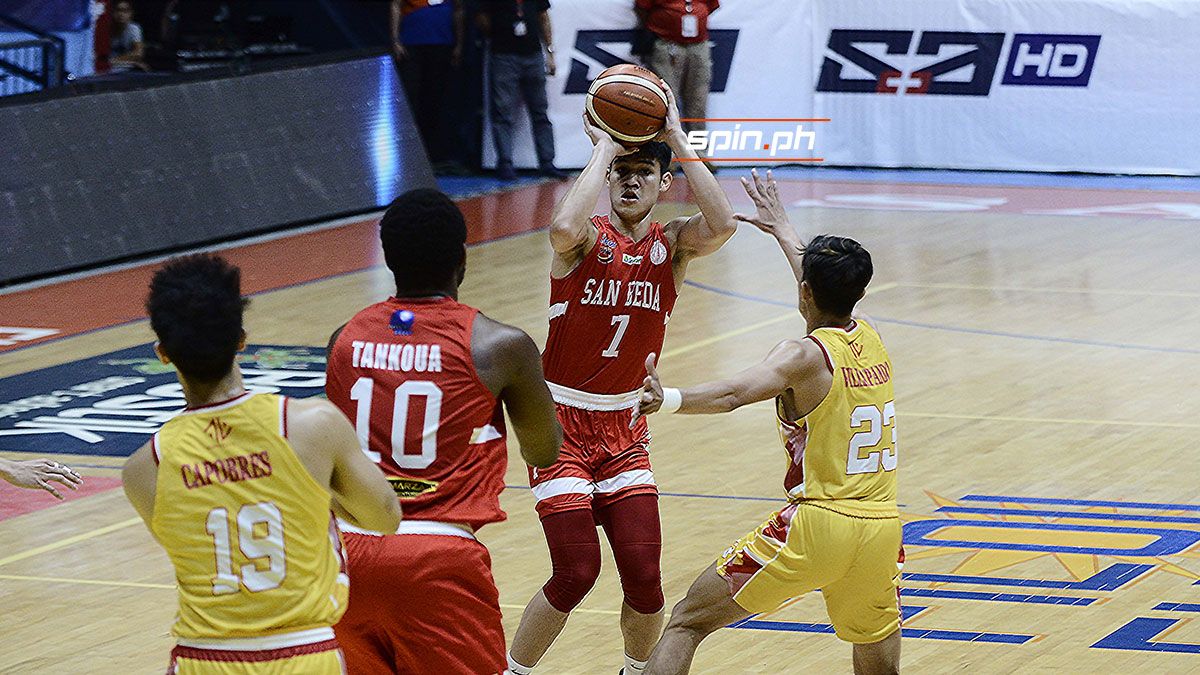 Fernandez, however, believed that the 6-foot-5 Oftana has what it takes to also reach that same level.

"I was telling Calvin na you just have to be patient," he said as schools repeatedly tried to pry the Dumaguete-born Swiss army knife away from Mendiola. "There were so many teams that were trying to recruit him pero I told him just to be patient. Your time will come and when that time comes, I'm sure you’ll be ready."

Oftana listened, and now, is rewarding the five-time NCAA champion coach for all of his trust.

"Dino-doble ko lang yung effort ko para mag-improve at para may ipakita naman ako this season," he said as he's been one of the consistent forces for San Beda in its early 4-0 start this NCAA Season 95 seniors basketball tournament.

Oftana showed his full arsenal on Friday as he flirted with a triple-double in the Red Lions' 73-59 win over San Sebastian, where he collected 10 points, 10 rebounds, and seven assists in 24 minutes of action.

"I’m happy with the way he played today," Fernandez said of Oftana. "Sabi ko nga, may Bandana Boys kami pero if you look at it, may Calvin Oftana ako, may Clint Doliguez ako, meron akong Franz Abuda rin, at meron pa akong mga iba. It’s an everyone effort and Calvin is one of them and he showed what he's capable of."

For his part, Oftana has taken to heart the advice of his senior Mocon, who urged him together with Robert Bolick to command responsibility as one of the leaders for this young team.