SAN Beda has now gone through a year without tasting any defeat in the NCAA.

It's easy to point to coach Boyet Fernandez's system in making that immaculate run feasible.

But even the four-time NCAA champion coach would brush off the compliments and note that more than anything, it's his players' impeccable work ethic that has made this unbeaten run possible.

"I arrive in the gym at around 6 a.m. to 6:15 a.m. and Calvin (Oftana) is shooting already, even Evan (Nelle) and James (Canlas) are there and Clint (Doliguez) is there as well. Mas nauuna pa players sa akin," said Fernandez after his side's 88-57 win over St. Benilde that annexed the Red Lions' win streak to eight for the season and 22 dating back to last year.

Fernandez also feels lucky that the seniors he had last year, Robert Bolick and Javee Mocon, instilled great habits on these holdovers, traits which the key guys he has right now has inculcated to their systems.

"It’s a product of hard work. My players probably see the result of what Javee has been doing, and what Robert is doing. That is their example," he said. 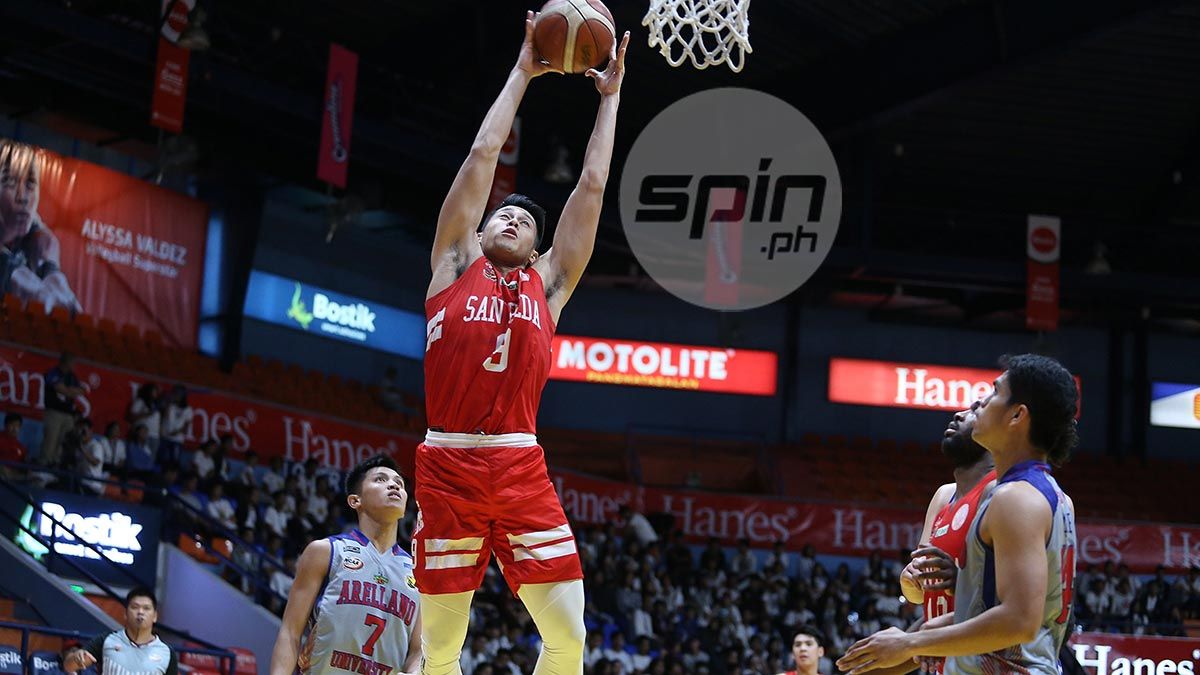 Oftana wouldn't deny that the positive influence Bolick and Mocon has done last season has been imbibed by the veterans and has rubbed off to the young guns of San Beda.

That's why Oftana feels just right that they are following the footsteps of those seniors, not only in this quest for a four-peat but also keeping the whole team in check.