Boyet Fernandez on Evan Nelle claims: ‘I blamed myself for the loss and nobody else’

SAN Beda coach Boyet Fernandez would rather move on rather than respond to the explosive statements Evan Nelle made in a podcast.

"It's a thing of the past already," the decorated mentor told Spin.ph.

Nelle, speaking candidly on Mikee Reyes' Straight Up podcast on Wednesday, said that Fernandez blamed him for the Red Lions' defeat to the Letran Knights in the NCAA Season 95 Finals and that indifference spurred him to bolt Mendiola.

"Sobrang bad trip ko lang sa part na yon na [it was one of the reasons] for my decision to leave," the now-La Salle guard said as the runner-up finish denied San Beda of its quest of a four-peat.

The Red Lions were actually shooting for history after going on a perfect 18-0 run in the eliminations before meeting their archrival Knights and losing Game One, 65-64.

It was in this final game which Nelle truly felt down.

"I was crying. I didn't do [the] alma mater [song] kasi sobrang hiya ko. Hagulgol talaga ako, and coach JB [Sison] was with me, my parents, the security guard. Di ako tumitingin [even if] everybody was talking to me. Then I could hear footsteps [of the team] going back. The moment I looked up, si coach tiningnan ako, tapos umiling. Parang inirapan ako. Di man lang kinomfort," he claimed. 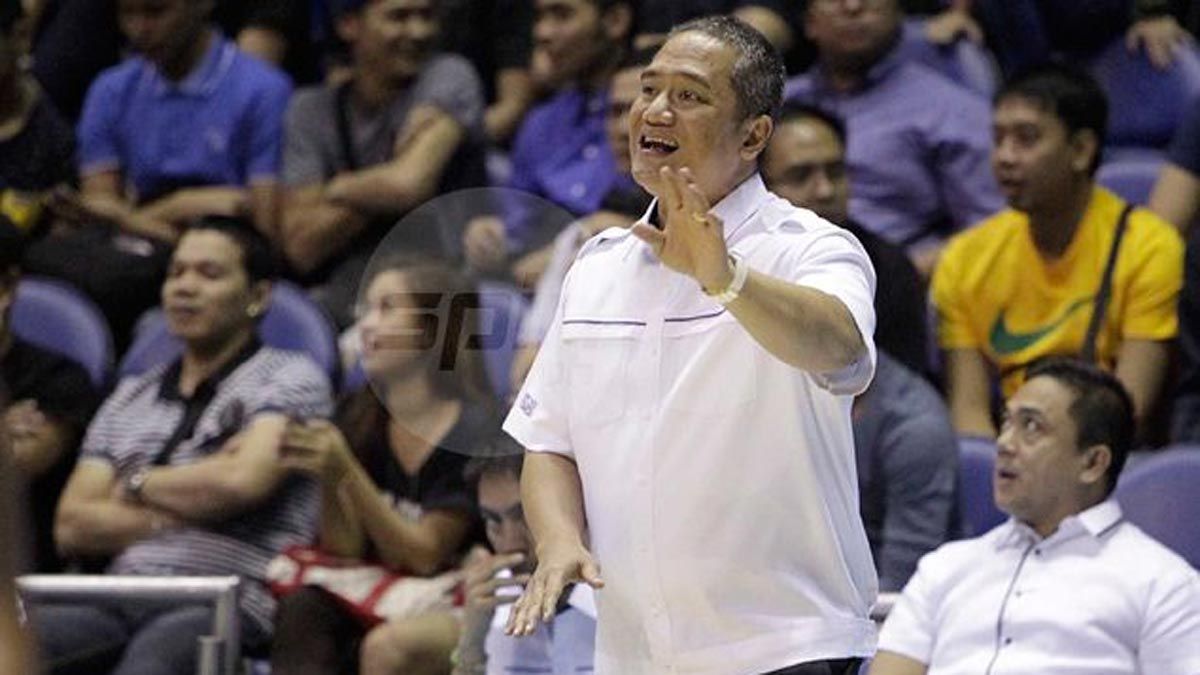 Fernandez pointed out that if there's anyone to blame for the bridesmaid finish, it was him.

"I blamed myself for the loss and nobody else," he said.

Fernandez did take responsibility for the defeat after the championship series, saying in his postgame press conference, "Mga bata pa talaga eh. Siguro the pressure was there, but I’ll take all the blame for this loss kasi I really had to guide them for they’re still young."

Stinging as that loss was, Fernandez pointed out that he and the rest of the San Beda team are looking ahead to reclaiming the crown whenever the NCAA Season 96 resumes.

"We've moved on," he said. "We are looking forward to the next season, and we are doing our very best to bring back the NCAA crown to San Beda."

As for Nelle, Fernandez could only wish nothing but the best for his former ward.

"I wish Evan well. It is unfortunate that things did not turn out well for us," he said.

"My personal goal is to see my players develop and reach their full potential and it gives me so much pride to see former Bedans thrive in the PBA. Our players are our trophies as coaches and we have to take pride on that."