JUSTIN Arana led Arellano to the play-in phase of the NCAA Season 97 basketball tournament but can he do a little bit more to capture the MVP award?

Pressure is now on for the 6-foot-5 center as he leads the race for the top individual title after the single-round elimination.

NCAA play-in phase on as San Beda, St. Benilde clash for No. 3 spot

Posting 15.5 points (second-best in the league), to go with 17.13 rebounds and 2.88 blocks, both league-best, the man in the middle for the Chiefs attempts to become the first Arellano player to win the MVP trophy.

However, he needs incredible effort to drag the Chiefs out of the play-in and into the Final Four.

Arellano ended up No. 6 and will face No. 5 Perpetual in a do-or-die on Sunday. The winner faces the loser of the clash between No. 3 San Beda and No. 4 St. Benilde on Wednesday.

If Arana misses out on that bus, the MVP race gets a little bit more open between Letran teammates Rhenz Abando and Jeo Ambohot.

Abando has been stellar in his first year in Letran and the 24-year-old transferee from UST is almost a lock to capture the Rookie of the Year honors, averaging a league third-best 15.11 points, 6.67 boards, 1.89 assists, and seventh-best 1.44 blocks. 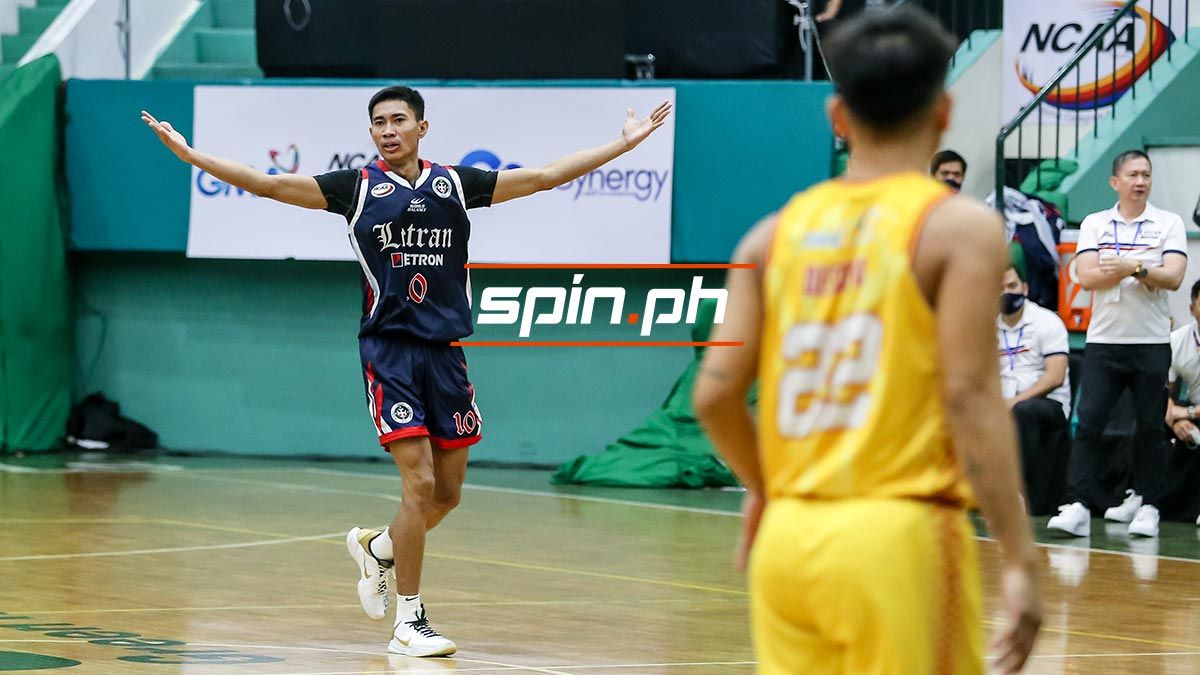 A transferee from UST, Letran's 24-year-old rookie Rhenz Abando is among the leaders in the MVP race.

Calma also finished as the top scorer in the eliminations with his 16.89 points, 10.33 rebounds (fourth-best), 1.22 assists, and 1.0 rejection for the Golden Stags.

Joining Calma, Arana, and Abando in the top five scorers are Perpetual's Jielo Razon with his 14.89 points and Jose Rizal University's Jason Celis with 14.56 points.

Letran's Louie Sangalang had the best field goal shooting for the eliminations as he made 62-percent of his shots, while not far behind is Ambohot at 59.02-percent. Lyceum's Omar Larupay is at third with 55.38-percent, Arana at fourth with 54.44-percent, and Mapua's Adrian Nocum with 45.57-percent.

Trailing Arana in the rebounding battle is EAC's Nat Cosejo with his 10.83 boards, followed by Gozum, Calma, and Ambohot.

Arellano's Axel Doromal finished with the most steals with 2.11 steals per game, followed by Razon, Lyceum's Vincent Cunanan and Enoch Valdez, all of whom had 1.78 steals, and Kwekuteye's 1.67 steals.