AT least Wednesday won’t be a long one for Mapua coach Randy Alcantara.

The champion mentor had to do double duty on Sunday for the NCAA Season 97 Final Four with the Cardinals, and later on, with the San Juan Knights in the deciding game of the Filbasket Summer Championship.

Unfortunately, both stint resulted in losses for both the Cardinals and the Knights.

The No. 2 ranked Cardinals bowed to third seed San Beda in overtime, 73-67, at the Filoil Flying V Arena in San Juan that forged their do-or-die battle on Wednesday for the right to meet Letran in the best-of-three title series.

Following the loss, Alcantara and deputy Yong Garcia travelled all the way to the Muntinlupa Sports Center to oversee the Knights in their winner-take-all clash with the Nueva Ecija Capitals for the crown and the P1 million prize purse.

Although former JRU stalwart Nani Epondulan is listed as the head coach of San Juan, it is an open secret Alcantara and Garcia are the brains behind the Knights.

Both Alcantara and Garcia arrived with the game already in the third quarter.

Like the Cardinals earlier, the Knights also lost in overtime, 90-88, as Hesed Gabo and Michale Juico came through in the clutch for the capitals. 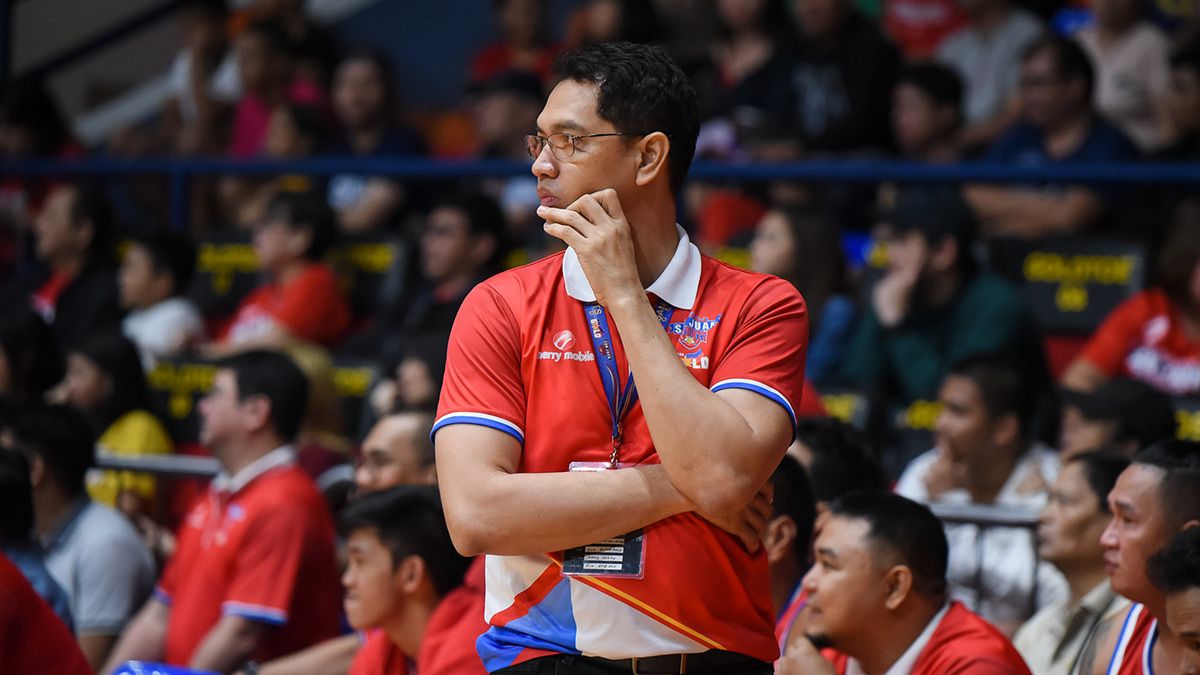 It was reminiscent of the similar act pulled off by the late Aric Del Rosario when he coached the Pampanga Dragons and University of Santo Tomas on the same playing day back in 1998.

The legendary mentor called the shots for the Dragons in Game Two of the Northern Conference finals against the Manila Metrostars in the defunct Metropolitan Basketball Association (MBA) at the Bren Guiao Convention Center in Pampanga and then, hurriedly travelled to Cubao at the Smart Araneta Coliseum for the Tigers’s knockout match against the La Salle Green Archers for a spot in the UAAP men’s basketball finals.

Del Rosario had to ride a helicopter to make it at the six minute mark of the first half between the Tigers and Archers.

But Alcantara doesn’t need to juggle his time in Mapua’s do-or-die encounter with San Beda as the Filoil tournament is finally over.