The Golden Staglets banked on a 7-0 finishing kick to overturn a 69-67 deficit in the final 1:33 to force a tie for fourth place at 9-7 with CSB-La Salle Greenhills.

Dylan Darbin's three-point play put San Sebastian ahead, 79-69, before the boys of coach Melo Banua made crisp execution in the endgame, with Josel Barroga completing an alley-oop play and free throws from Randolph Perez putting the final nail in the coffin.

San Sebastian outscored Mapua in the fourth quarter, 21-9 to take the win.

Rafael Are led the Golden Staglets with 17 points on an efficient 8-of-11 shooting, to go with five rebounds and five assists, while Perez chalked up 12 points and six rebounds. 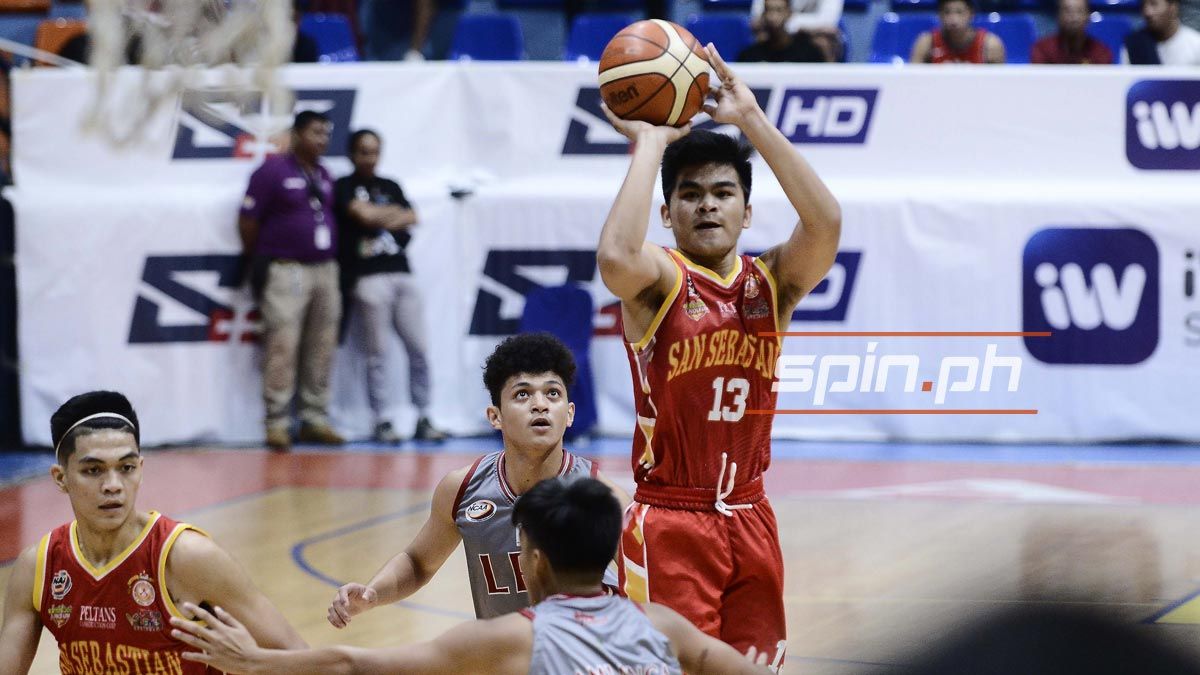 Barroga finished with a double-double of 10 points and 10 boards, to go with his three blocks, an effort which Banua highly appreciated.

"Good game kay Barroga, I give credit to him, yung puso nandoon," he said.

Jonnel Policarpio had 16 points on a measly 6-of-21 clip and 16 boards as the defending champion Mapua slipped to 4-12.