JOHN Barba took over in the payoff period as Lyceum punched a ticket to its first-ever Finals with a 78-76 victory over San Sebastian in the NCAA Season 95 juniors basketball tournament Final Four Friday at Cuneta Astrodome.

The hardworking forward buried 14 of his game-high 36 points on an uber-efficient 15-of-19 clip from the field, to go with four rebounds, an assist, and a steal to help the no. 2 Junior Pirates set a championship date against top-seed San Beda Red Cubs.

With San Sebastian knocking on its doors, 69-67, with less than three minutes left, Mac Guadana found a cutting Barba in the baseline to extend the lead back to four. He muffed his freebie, but hauled the offensive board to once again complete a three-point play to give Lyceum the 74-67 lead with 2:24 left.

The Golden Stags kept on scratching, with Kim Bulasa cutting the lead down to just three with 35.2 ticks left.

Joshua Garing missed his three, but Guadana was there to secure the steal on Milo Janao and set up Barba for the big undergoal stab that made it a five-point game, 78-73, with 5.1 seconds remaining.

Janao made things interesting as he buried a right wing triple with 2.2 seconds left to cut the San Sebastian deficit down to two. Jae Omandac was sent to the charity stripe with 1.6 ticks left and missed both free throws, but luckily for Lyceum, Rafael Are's hail mary, though in-line, went way short as time expired.

Guadana did it all for the Junior Pirates with 14 points, eight rebounds, eight assists, two steals, and a block to punch their ticket since joining the league eight years ago. 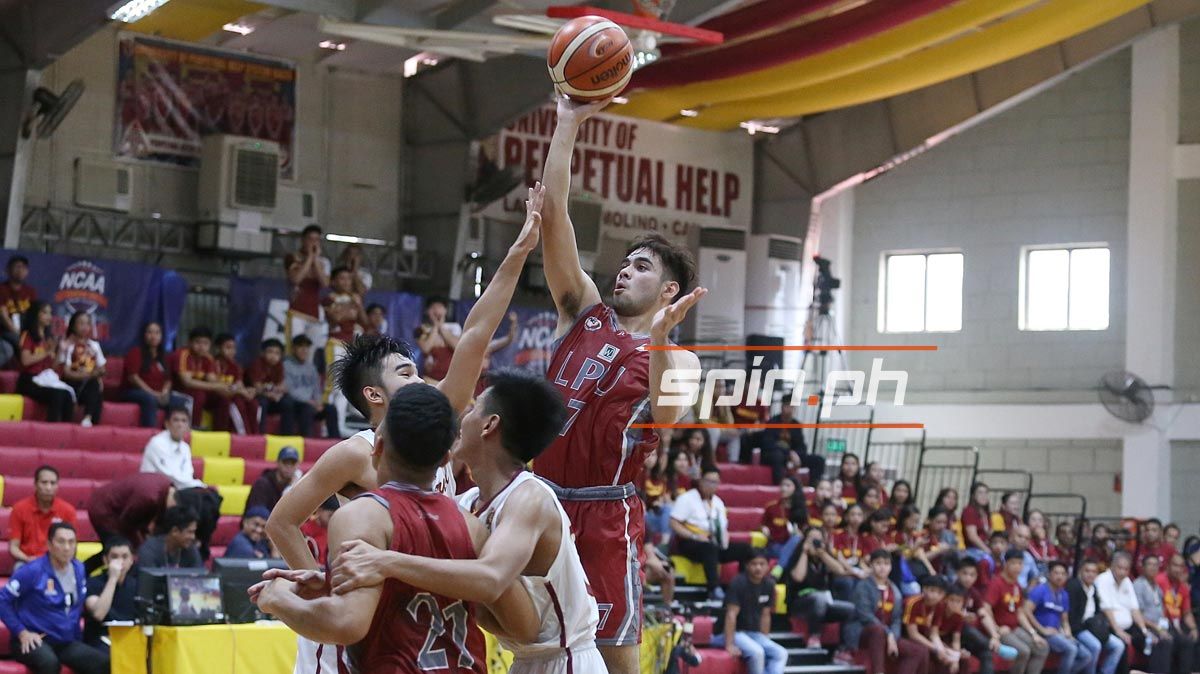 Lyceum redeemed itself from a humiliating 84-75 Game One defeat to San Sebastian last Tuesday as it had to make full use of its twice-to-beat advantage.

San Beda and Lyceum open their best-of-three championship series on Tuesday at Mall of Asia Arena.