RC Calimag made sure that CSB-La Salle Greenhills got its measure of revenge, upending Lyceum, 95-87, Friday in the NCAA Season 95 juniors' basketball tournament at Filoil Flying V Centre in San Juan.

The former Gilas Youth stalwart unleashed 29 points, two rebounds, and two assists to tow the Greenies to the bounce back win after falling to San Sebastian last week.

Calimag triggered the 16-4 run for LSGH to flip the game from a close 64-63 affair with 8:31 remaining to a commanding 80-67 lead with five minutes left to play. 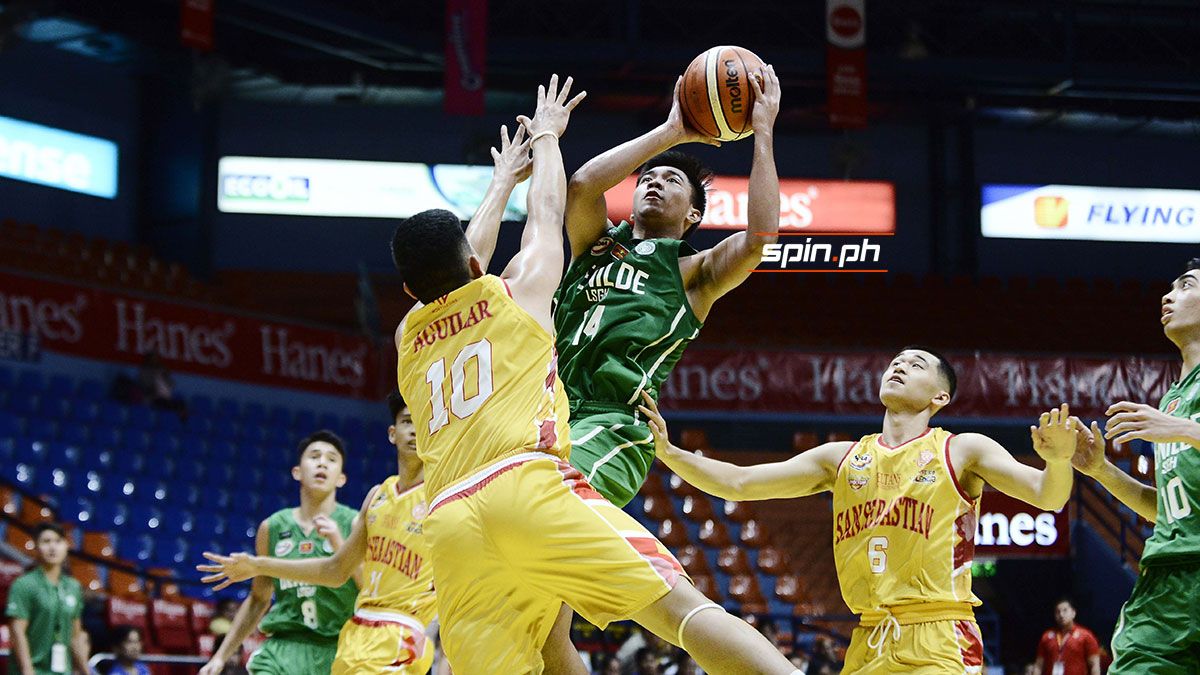 Mac Guadana kept the Junior Pirates in the game, slicing the lead down to eight, 86-78, with 2:07 remaining, but that turned out to be their last hurrah as Calimag buried back-to-back treys to bring the lead back up to 14, 92-78 with 1:21 remaining.

Lennox Valenzuela also had 12 points and four assists while playing solid defense against Guadana, while JC Macalalag chimed in 10 points, four boards, four dimes, and two steals for the Greenies, which rose to solo second place with their 7-4 card in the standings.

John Barba led Lyceum with a season-best 35 points and three rebounds, but his side suffered its second straight defeat to fall to 7-5.

In the nightcap, San Sebastian survived a late rally from Letran to pull off the 86-81 victory.

Nikko Aguilar fired 21 points, on a 5-of-8 clip from deep, to go with eight rebounds and five assists for the Golden Staglets to improve to fourth place in the standings at 6-5.

Louise Concha added 16 points and three boards, while Milo Janao scored nine of his 15 points in San Sebastian's 27-point third quarter, where it took a 68-48 lead.

The Squires, though, rallied late, unloading 33 points in the payoff period but that barrage ultimately fell short.

Shawn Umali paced Letran (5-7) with 21 points and 18 rebounds, while Lenard Santiago got 20 points and seven boards in the defeat.

Meanwhile, the game between Mapua and EAC-Immaculate Concepcion Academy was postponed after monsoon rains ravaged the province of Cavite earlier in the day.