As other leagues struggle amid COVID, NBL committed to finish season

DESPITE the current COVID-19 situation in Australia, the National Basketball League (NBL) is determined to finish its season no matter what.

The Australian professional basketball league stood its ground as it stressed its commitment in pushing through with the 2021-22 season.

"Our players are more determined than ever to make their mark as teams gear up for an assault on the finals. The rest of the year is shaping to be super competitive, and the championship is truly up for grabs with everyone in contention," the league said in its We're All In manifesto.

"Like everyone in the community, the cards we’ve been dealt weren’t the ones we would have liked or expected, but we remain unshaken in our belief and commitment to give our fans and all basketball lovers the best entertainment possible – and that means putting all our chips on the table and going all in."

Australia has been dealing with a surge of new cases of the dreaded virus due to the Omicron variant with its peak reaching at 175,271 new cases back in Jan. 12. Those numbers have slowly dropped in the following days as 78 percent of the population has been fully vaccinated.

The NBL was forced to postpone a number of games due to health and safety protocols, with the Adelaide 36ers featuring Filipino wunderkind Kai Sotto seeing six of their games postponed before finally springing back to action last week. 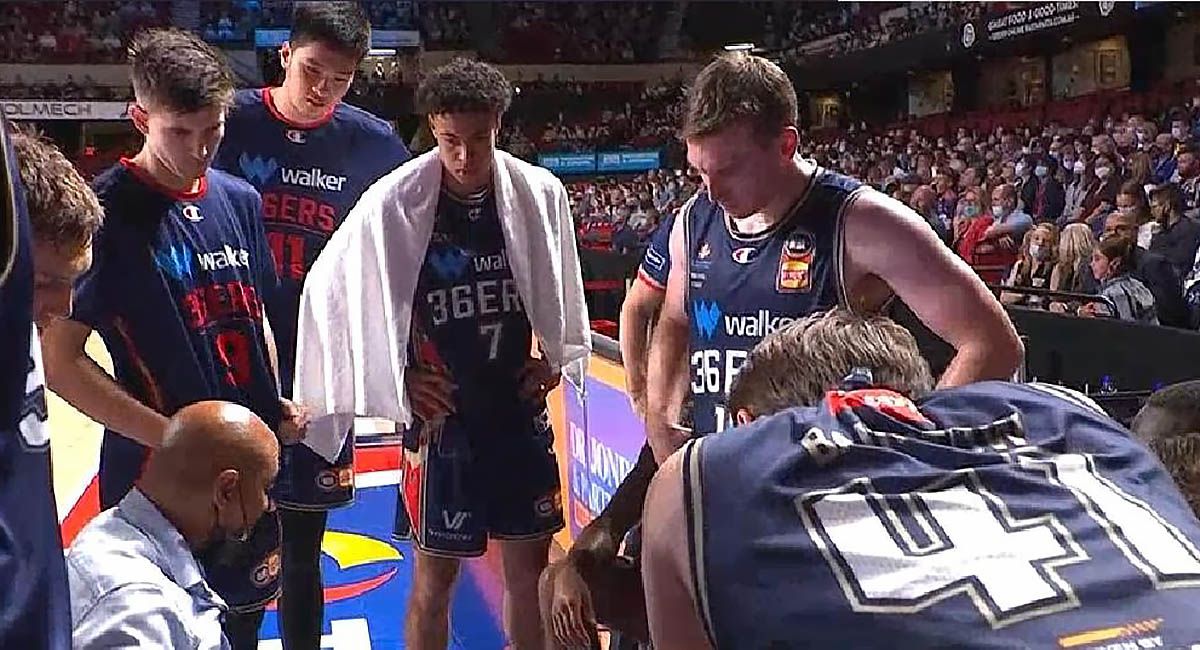 Since then, the league has closely monitored the situation and has even scheduled daily games until March just to be right on schedule.

The New Zealand Breakers have also made the sacrifice to stage their home games in Australia due to the country's current travel restrictions.

"Regardless of what lies ahead, we promise to do whatever we can to ensure the Hungry Jack’s NBL season is completed and continues to be one of the best yet. We will not be stopped and Covid will not beat us. We’re not about slowing down, we’re all about ramping things up so expect even more incredible highlights, amazing plays and rim-rocking dunks – just like Mitch Creek’s thunderous jam that was viewed by more than ten-million people around the world," it continued.

"We know challenges still await and perhaps some more schedule changes will be necessary, but it won’t change our determination to see it through."

Defending champions Melbourne United, led by Matthew Dellavedova, sit atop the NBL standings at an 8-2 record, followed by the Perth Wildcats (6-2), South East Melbourne Phoenix (5-2) which has Chinese center Zhou Qi, and the Illawarra Hawks (5-3).

Adelaide currently is at eighth place with its 3-5 win-loss card.