THE National Basketball League (NBL) Season 3 MVP is one of the most athletic players in Pampanga today.

CJ Gania captured the Pinakamahusay na Manlalarong Homegrown award for his play with the Pampanga Delta in the President’s Cup, becoming the first player in the team to claim the league's highest individual award.

The 21-year-old Gania is well-known in Pampanga basketball circles. He is called as the ‘Kapampangan Skywalker’ for his high-flying days with Don Honorio Ventura State University (DHVSU), the same college that Jayson Castro went to before he moved to Philippine Christian University.

The 6-foot-2 Gania said he was given that monicker while playing for DHVSU in the Universities and Colleges Athletic Association of Pampanga (UCAAP).

Gania said he is humbled to be bestowed the Skywalker name like PBA great in Samboy Lim. 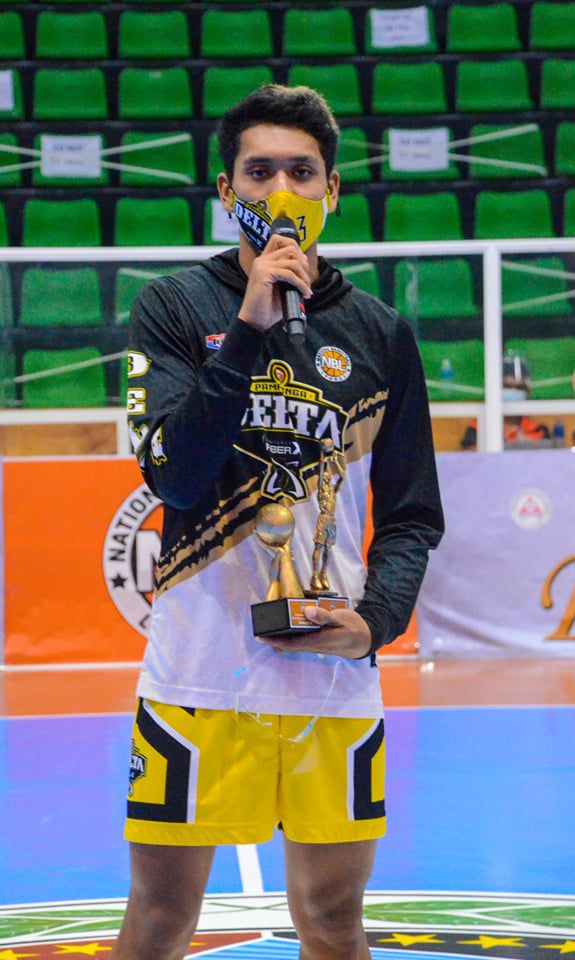 Prior to the NBL MVP plum, the Delta swingman also captured the same honor in the UCAAP after he led DHVSU to the title during the third season of the league last December, defeating Saint Nicolas College of Business and Technology.

DHVSU is also a regular in the Philippine Collegiate Champions League (PCCL) with Gania at the helm.

Gania’s teammate Encho Serrano, Mitchelle Maynes of La Union, Jonathan Del Rosario of Camsur, and JR Galit of Paranaque also made it to the Mythical Five, while Jayson Apolonio of La Union received the Defensive Player of the Season.