DENVER — Zach LaVine took over late before handing things over to DeMar DeRozan, who took it from there.

That was much to the delight of a strong Chicago crowd, too, chanting "Let's go Bulls!" at every chance.

LaVine scored 12 of his 36 points in a pivotal stretch of the fourth quarter, DeRozan hit eight straight late free throws and the Bulls won in Denver for the first time since 2006, beating a Nuggets team, 114-108, on Friday night (Saturday, Manila time) that was without reigning MVP Nikola Jokic.

DeRozan finished with 26 points, including a 12-for-12 performance at the line. LaVine and DeRozan were sizzling in helping the Bulls end a 13-game skid in the Mile High City. The last time they won in Denver was Feb. 8, 2006.

"They've got to pick either me or him," LaVine said of the tandem with DeRozan. "One of us is going to get a good look or create a play."

About that crowd — it was nice to hear, LaVine conceded.

"I haven't heard that in my tenure here," he said. "Hearing the fans and having them travel and be supportive on the road is incredible."

LaVine was 5 of 6 down the stretch, including two 3-pointers. He answered all of Denver's big buckets. LaVine has now scored 20-plus points 15 times this season, tied with Kevin Durant of Brooklyn for most in the league.

"It's remarkable to watch him," Bulls coach Billy Donovan said. "He's one of the best tough-shot makers in this league."

Aaron Gordon had a season-high 28 points for the Nuggets, who've dropped three straight. He was 10 of 12 from the field and had nine boards.

"That's the Aaron Gordon that we all know," P.J. Dozier said. "He takes us to the next level."

Jokic sat courtside in a tan suit with a dark turtleneck, his sprained right wrist in a brace. He appeared to hurt the wrist on Thursday night in a lopsided loss to Philadelphia.

The Nuggets big man is having another MVP-caliber season, averaging 26.4 points, 13.6 rebounds and 6.4 assists. Coach Michael Malone said he didn't believe the injury would sideline Jokic for long, but had no timetable for his return. 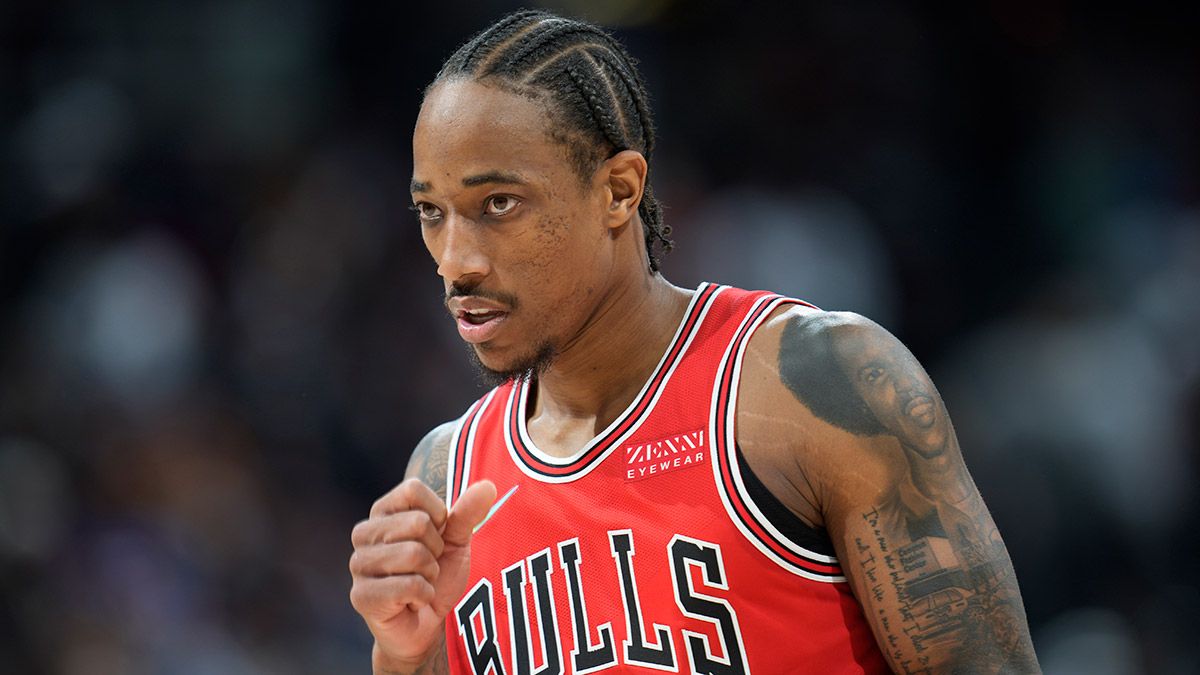 DeMar DeRozan goes 7 for 21 in 36 minutes of action for Chicago.

This was the second game Jokic has missed this season. He was out in a win over Indiana on Nov. 10 as he served a one-game suspension for his role in a fracas with Miami's Markieff Morris.

"I'm proud of our guys for competing," Malone said. "Competing and playing the way we did, we gave ourselves a chance and we're severely undermanned. I applaud our guys' effort."

The vocal contingent of Bulls fans may have been at their loudest on a slam by LaVine with 3:13 left in the third quarter to make it 77-65. Denver quickly called timeout.

The timeout worked and Denver climbed back into the game — until LaVine and DeRozan took over.

Nuggets: Denver falls to 0-6 this season when allowing 100-plus points. ... Will Barton finished with 23 points, including a driving layup where he was fouled and lost his right shoe.

Nuggets guard Facundo Campazzo had 16 points and was 4 of 5 from 3-point land.

The Nuggets had three max-contract players sidelined in Jokic, point guard Jamal Murray, who's working his way back from a torn ACL, and long-range threat Michael Porter Jr. (back).

"I do my sub chart for every game and at the bottom of that are the guys that are out," Malone said. "You see, 'Jamal Murray, out.' You see 'Michael Porter, out.' You see, "Nikola Jokic, out,' and you say, 'Man, that's a lot of talented players that are out.'"

Donovan explained that based on testing Nikola Vucevic (COVID-19 protocols) "looks like he's progressing towards getting over this."

Bulls: Start a back-to-back at home Sunday against New York.