Biggest immediate question for Suns: Will CP3 be back?

PHOENIX — In his 16th season, Chris Paul took a risk, deciding that a young, unproven Phoenix Suns team was worth joining in his pursuit of his first NBA championship.

To the surprise of just about everyone outside the locker room, it nearly worked.

Now the biggest immediate question for the Suns is this: will Paul be back to try again?

The hurt was fresh for the Suns on Tuesday night after the Milwaukee Bucks won their first championship in 50 years, beating Phoenix 105-98 to win the NBA Finals in six games. The Suns won the first two games of the series, only to lose the next four. The franchise has never won a title, losing in the Finals in 1976, 1993 and 2021.

But in retrospect, it was still a remarkable season for the Suns, who were one of the league's worst teams in recent years.

The Suns not only made the playoffs for the first time in 11 years, they made it all the way to the NBA Finals. Devin Booker, Deandre Ayton and Mikal Bridges grew into a formidable nucleus around Paul, who at 36 years old usually played like a man a decade younger.

Phoenix should have most of its rotation back next season. One of the few question marks is CP3, who can opt out of his 2021-22 contract and become a free agent. He sounded like a man who wanted to return to the Suns on Tuesday night. He brushed off a question about his future, saying "everything else will take care of itself."

"Everybody in that locker room knows we had enough, but it wasn't enough," Paul said. "So, we got to figure it out. I think for me I just look at myself and figure out how can I get better, what I could have done more and make sure I come back next season ready to do it again."

But nothing is certain. The business side of the game could interfere for the Suns, who have some long-term roster decisions to make. Ayton and Bridges are entering the last year of their rookie contracts. Backup point guard Cameron Payne is a free agent.

Plus, there's the realization that Paul will be pushing 37 years old. The list of NBA point guards who are still playing at that age — let alone playing well — is very short. The championship window for Booker, Ayton and Bridges might be just opening, but there's not much time for Paul.

The Suns know they missed a great opportunity.

"I just don't take it for granted," Suns coach Monty Williams said, his voice cracking. "It's hard to get here and I wanted it so bad, you know. It's hard to process right now. It's hard. That's all." 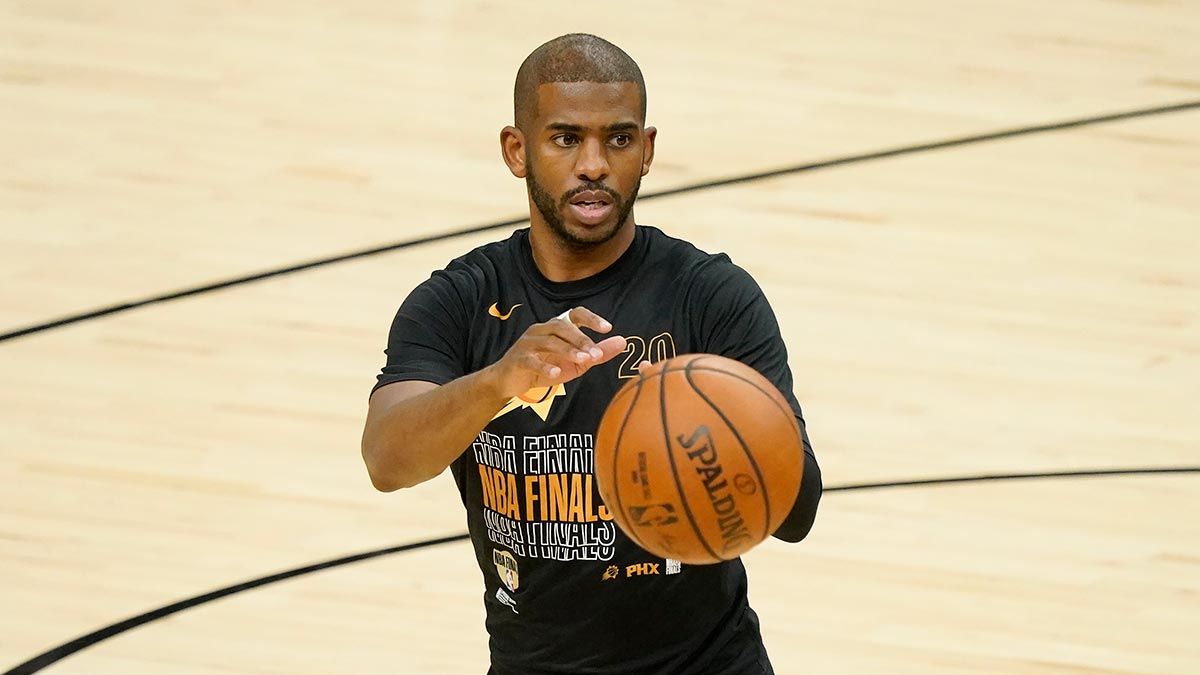 With or without Paul, the Suns grew up a ton this summer. Booker will be just 25 years old next season and will get more experience playing for the United States at the Tokyo Olympics. Bridges will be 25, too. Ayton turns 23 in a few days. There's plenty of hope for the future, even if the present doesn't necessarily feel that way.

"I think we learned a lot just by being in it," Booker said. "It was a lot of our first times in the playoffs, let alone the Finals. But it was a great experience for us. I think we set a foundation and a base for our team, and we all have stuff to work on and we understand that.

"So, we're going to take this hurt and bring it into the summer and continue to get better."