Kuzma scored 26 points and Bradley Beal added 25 for the Wizards, who blew a 13-point lead in the fourth quarter. 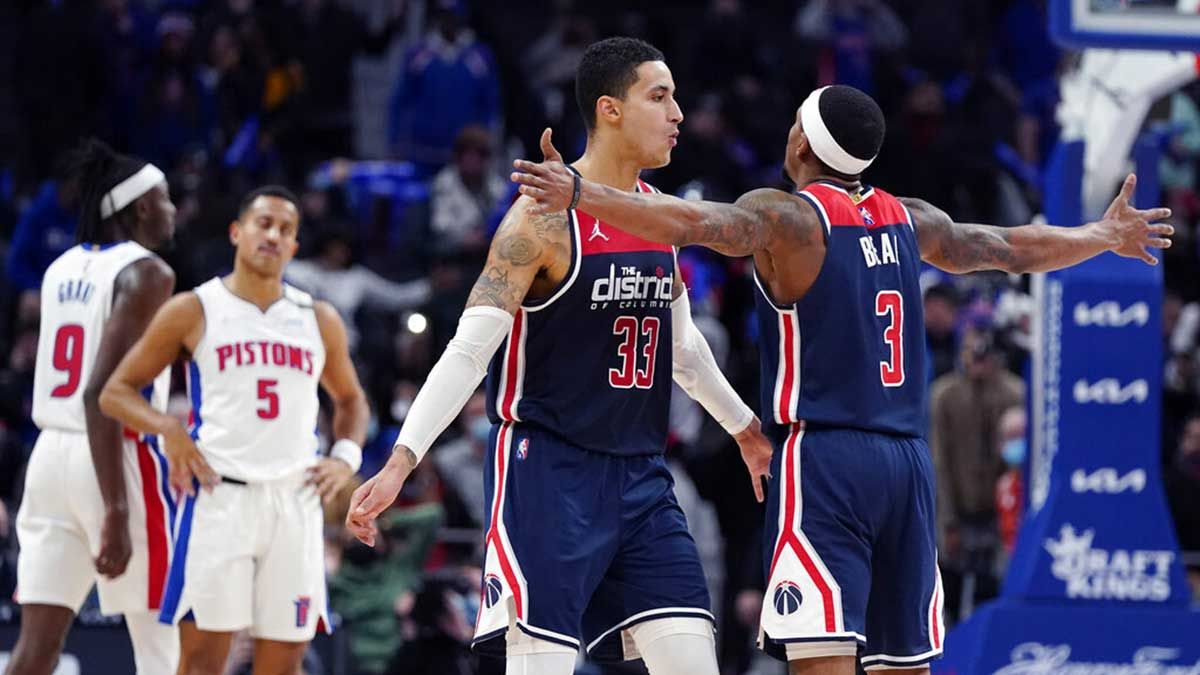 Isaiah Stewart scored to make it a two-point game, and Beal was called for a backcourt violation with 12.9 seconds left before Spencer Dinwiddie fouled Grant with 2.3 seconds remaining.

He hit both shots, and Beal's jumper hit the side of the backboard as time expired.

Cade Cunningham's fourth layup of overtime made it 116-116 with 23 seconds left, but Kuzma hit the winner.

Caldwell-Pope added 13 points for the Wizards, who outscored Detroit 52-38 in the paint and finished with a 13-7 edge on the offensive glass.

Grant kept the Pistons in the game with 12 points in the period, but Washington led 89-86 going into the fourth quarter.

For the second quarter in a row, the Wizards caught Detroit flat-footed, starting with an 8-2 run. Pistons coach Dwane Casey called timeout after Kuzma's 3-pointer made it 97-88 with 9:34 to play.

Wizards: Caldwell-Pope (2013) and Spencer Dinwiddie (2014) were drafted by the Pistons in back-to-back seasons and played two years together before Dinwiddie was traded to the Chicago Bulls.

Pistons: Cunningham picked up the first technical of his career for arguing a second-quarter call.