WASHINGTON — LeBron James passed Karl Malone for second place on the NBA's career scoring list, but it was part of another loss for his Los Angeles Lakers when the Washington Wizards rallied from a 16-point deficit to win, 127-119, on Saturday night (Sunday, Manila time).

James scored 38 points, and Russell Westbrook added 22 in his return to Washington, but the Lakers' small lineups couldn't stop 7-foot-3 Kristaps Porzingis, who scored 16 of his 27 points in the final quarter.

Porzingis connected on a 3-pointer with 38 seconds left to put the Wizards up by six, and James couldn't answer at the other end. Washington outscored the Lakers 34-20 in the fourth quarter.

James now trails only Kareem Abdul-Jabbar for the career scoring lead. He entered the game 19 points behind Malone's total of 36,928. After a six-point first quarter, James went on a scoring binge in the second that included a dunk and three 3-pointers.

The last of those 3s brought him even with Malone. Then he made a layup off a backdoor cut with 5:20 left in the quarter to move ahead.

Moments later, as Washington's Tomas Satoransky prepared to shoot free throws, James' accomplishment was put up on the video screen, and the crowd in Washington gave him a standing ovation. James acknowledged the cheers with a wave of his hand and exchanged a hug with Washington's Kentavious Caldwell-Pope, a former teammate.

Abdul-Jabbar scored 38,387 points in his career. James has a chance to break that record next season if he's healthy enough.

James passed Malone in the same building where Alex Ovechkin of the Washington Capitals moved past Jaromir Jagr and into sole possession of third place on the NHL's career list in goals earlier in the week.

For much of the night, it looked as if this latest milestone would come in a victory, but the Lakers still haven't won back-to-back games since a four-game winning streak from Dec. 31 to Jan. 7. They won 128-123 in overtime at Toronto a night earlier.

The Wizards snapped a six-game skid. Washington (30-40) has a better record than the Lakers (30-41), but the Wizards' postseason hopes are fading in the Eastern Conference, while Los Angeles is in solid shape to make the play-in round in the West.

Westbrook played for the Wizards last season, then was traded to the Lakers in a deal that sent Caldwell-Pope and Kyle Kuzma to Washington. Kuzma didn't play Saturday because of right knee problems. Caldwell-Pope scored 18 points. 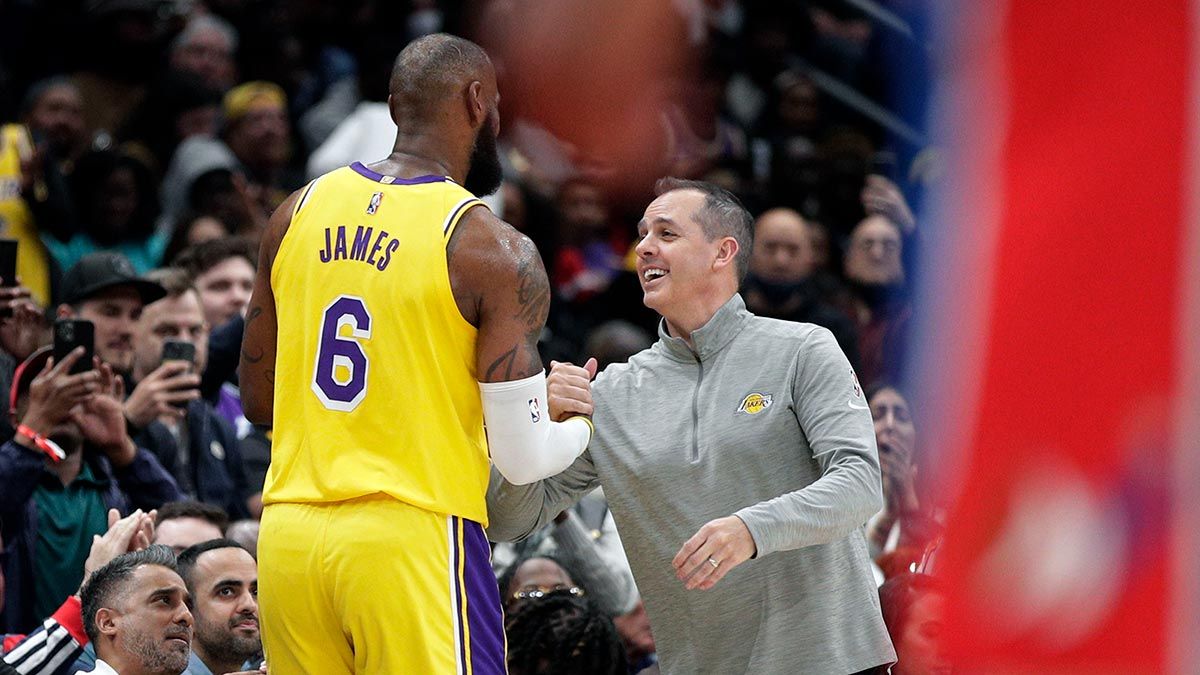 LeBron James is now behind only Kareem-Abdul Jabbar on the NBA all-time scoring list.

The Lakers remain without Anthony Davis (right foot), and Bradley Beal (left wrist) is out for the Wizards.

Lakers: Wayne Ellington (non-COVID illness) did not play for Los Angeles. ... The Lakers led 32-16 in the first quarter.

Lakers: At Cleveland on Monday night.

Wizards: At Houston on Monday night.