NEW YORK — The Brooklyn Nets no longer seem so sure they will have their whole team together for home games when the season opens.

General manager Sean Marks had said before training camp that he didn't expect New York's vaccine mandate would keep any players from being able to participate.

But with Kyrie Irving missing another practice, the team no longer has that confidence.

"I don't know. I can't answer that. As it stands now, no," coach Steve Nash said on Wednesday (Thursday, Manila time). "So we'll see what happens. But I don't really want to speculate on something that is just currently up in the air."

New York has a mandate requiring coronavirus vaccinations for athletes who play in or practice in the city. Irving hasn't said whether he is or intends to be vaccinated, and even one of his close friends is uncomfortable discussing it with him.

"This is his decision. That's his choice. We all respect it," All-Star Kevin Durant said. "I mean, this is way bigger than hoops, so I don't even feel comfortable talking to him about stuff like this. But I'm just here to support and here to come in here and do my job as one of the leaders of this team and when things get figured out, I got to trust and hope that it'll get figured out."

Irving practiced with the Nets last week when they held training camp in San Diego. But he hasn't been with the team in two workouts back at their home training center.

The Nets play their first exhibition home game Friday against Milwaukee but don't have a home game in the regular season until Oct. 24, so there is time for Irving if he does want to get vaccinated. If not, he wouldn't be paid for any games he misses.

Durant and Irving were US Olympic teammates in 2016 who planned a future together, agreeing to sign with the Nets on the same day in 2019. Durant made clear he wants Irving on the team but will give him time and space to figure out if he wants that, too.

"I'm not really trying to get too involved in it because it's far bigger than myself and each one of us individually," Durant said. "This is one man's personal decision on his well-being." 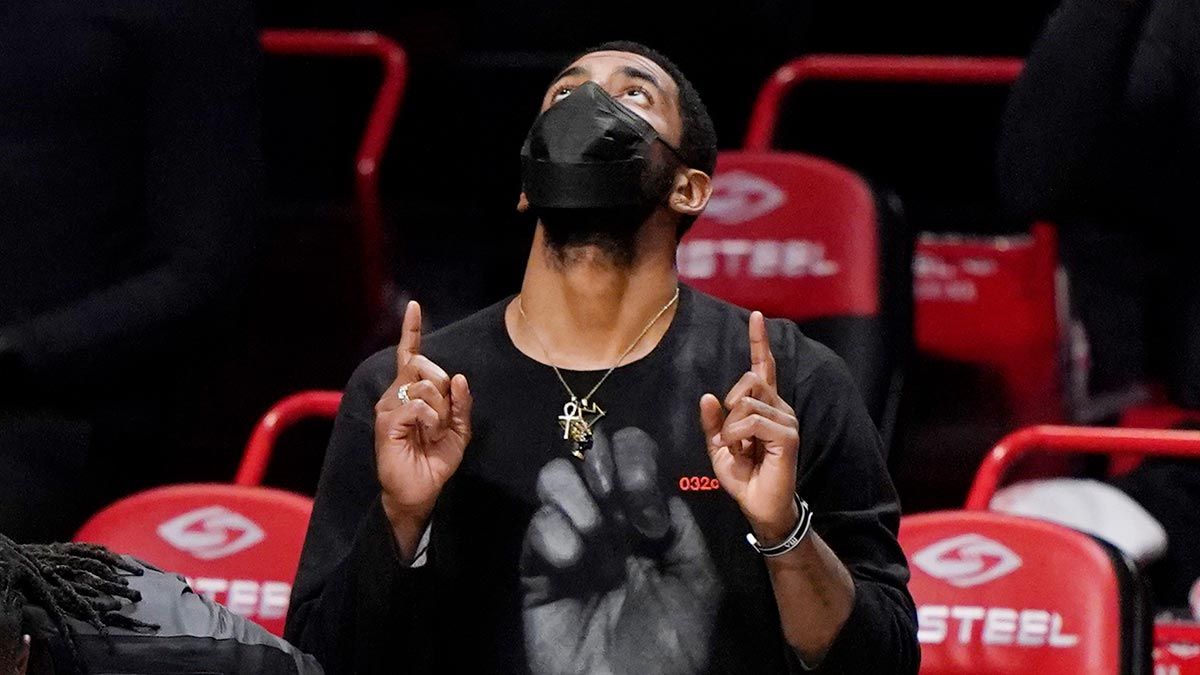 When Marks spoke on Sept. 21, he said a couple of Nets wouldn't have been available at that time but said he was "confident in the following several days before camp everybody would be allowed to participate."

Irving is the only player who still isn't.