One more win and Andrew Wiggins could finally silence the critics

BOSTON — Andrew Wiggins' critics always focused on what they thought he wasn't.

Not driven enough to be the No. 1 pick in the draft, they said. Just not good enough to be an All-Star starter, they argued.

One more victory by the Golden State Warriors and all that will matter is what Wiggins is: an NBA champion.

"He's shining on the brightest of stages in the playoffs. You can tell how much he's enjoying it," fellow All-Star Stephen Curry said on Wednesday (Thursday, Manila time). "It's just amazing to see things working out in his favor in terms of kind of dispelling all the narratives around him and who he is as a basketball player right in front of your eyes."

The Warriors have won two straight games to take a 3-2 lead into Game Six on Thursday, and Wiggins is as big a reason as any. The forward from Canada had 17 points and a career-high 16 rebounds in Game Four, then followed that with 26 points and 13 boards.

Wiggins had recorded consecutive double-doubles just once in his career before doing it in the two biggest games he's ever played.

"It's always great being able to showcase what you can do, what you worked for," Wiggins said. "So I'm just happy to be able to be here on the biggest stage and help my team win." 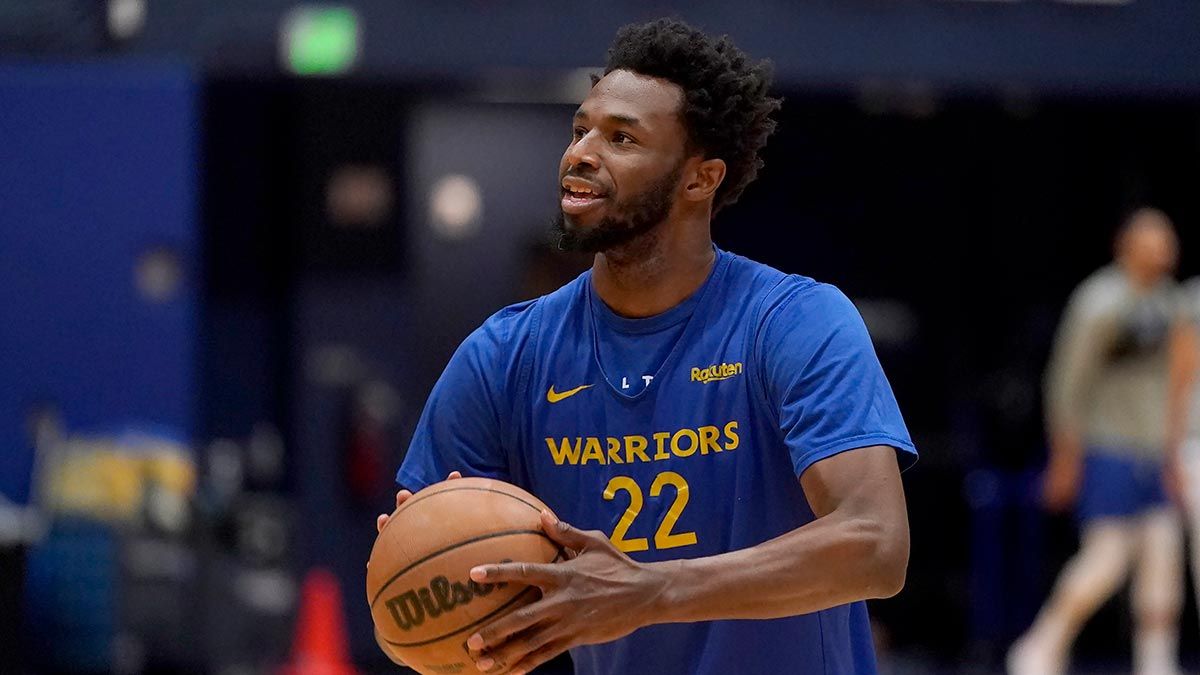 Andrew Wiggins was viewed as a player who had been miscast as a No. 1 option in Minnesota, and the reason he was playing well for Golden State was because he didn't have that burden on a team led by Steph Curry.

Even those who wanted to dismiss Wiggins had to concede he could score. The No. 1 pick in the 2014 draft averaged 16.9 points when he won Rookie of the Year honors, and he never scored fewer than 17 per game again. But that rarely translated to winning, with Minnesota only making one playoff appearance while he was there, and it was easy to wonder what there was to Wiggins' game besides the points.

Turns out, there's a lot.

Coach Steve Kerr is surprised by how well Wiggins rebounds. On defense, the 6-foot-7 Wiggins has taken on the tough assignments, doing his best to contain Dallas All-Star Luka Doncic in the Western Conference finals and now taking his turns on Celtics swingmen Jayson Tatum and Jaylen Brown.

It's a versatility the Warriors say they knew was there, no matter how much it went unnoticed by others.

"He's taken on every challenge that we have thrown in front of him, and that's been huge," Draymond Green said. "And we need him to do that for one more win."

Skepticism about Wiggins followed him to the NBA after he managed just four points in his final college game, when Kansas was upset by Stanford in the 2014 NCAA Tournament. He took only six shots, a lackluster effort that created questions about how hard he was willing to work when things weren't coming easily.

But Green said he was assured by Tom Thibodeau, the current Knicks coach who guided the Timberwolves to the lone postseason appearance with Wiggins, that the Warriors would love how hard Wiggins defends and competes.

They had acquired Wiggins in February 2020 along with a first-round pick when they dealt D'Angelo Russell to Minnesota. Wiggins played well enough to be voted to start his first All-Star Game this season, though even that didn't earn him accolades that had been missing. Wiggins was viewed as a player who had been miscast as a No. 1 option in Minnesota, and the reason he was playing well for Golden State was because he didn't have that burden on a team led by Curry.

Yet when Curry struggled in Game Five, missing all nine 3-point attempts, Wiggins looked every bit the part of main man.

Curry will likely still be the NBA Finals MVP if the Warriors win the series. But Wiggins has at least made it a discussion instead of a foregone conclusion.

"It's amazing what you do with opportunity," Curry said. "Take away the comparisons, the narratives around him as a No. 1 pick, what everybody wanted him to be, his first six years in the league looked like. There's a reason we wanted him here. There's a reason that trade made sense for us. There was a high hope that he would be able to figure it out at this level in terms of taking his scoring ability, his athleticism, his defensive potential, just taking it to another notch."