We wondered why Curry was getting so much hate online. Then we saw this

STEPH Curry, hands down, is one of the biggest basketball stars in the world - a three-time NBA champion and two-time MVP admired by millions of fans including a lot of Filipinos who easily identify with his lithe frame and indomitable will.

So it came as a surprise to us when the Warriors star guard received quite a bit of hatred on social media upon his arrival in Manila on Friday for his second visit in four years.

As soon as we started seeing comments like the ones below in our Facebook account, we thought: 'Surely, these foul-mouthed haters aren't all LeBron fans, right?' 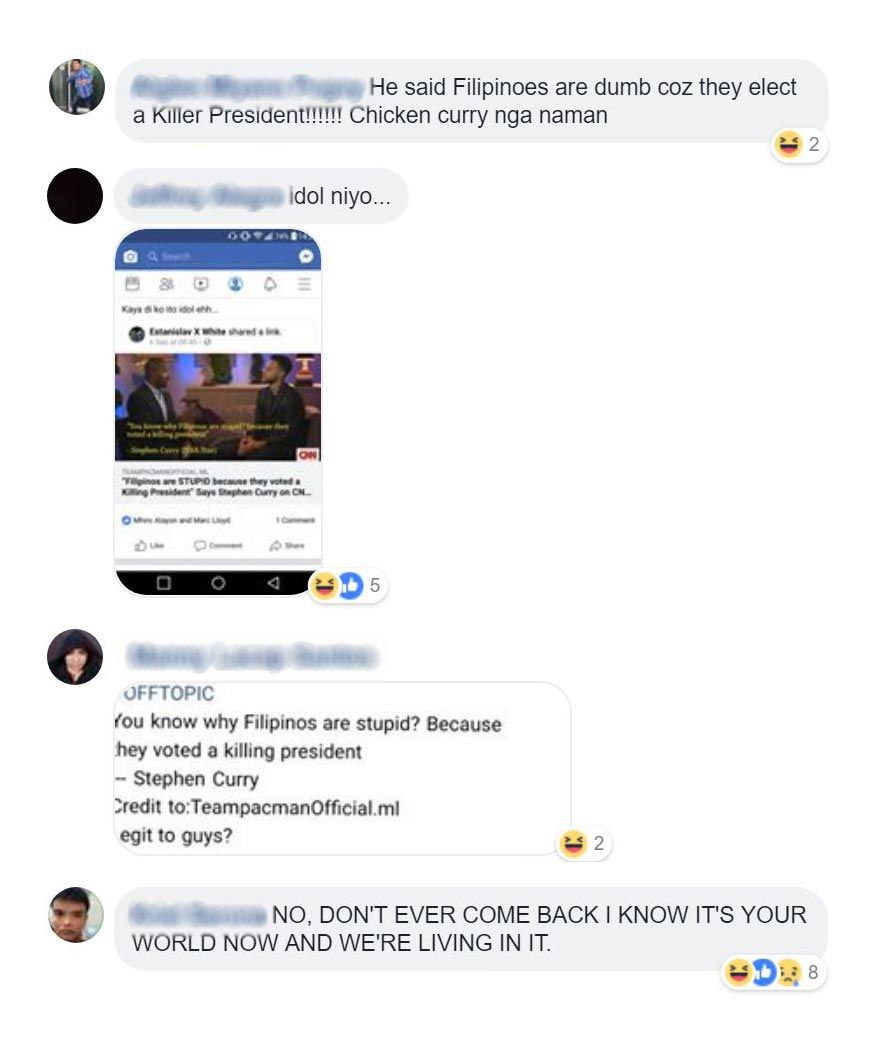 Our curiosity aroused, we soon found ourselves following the trail and eventually browsing through pages of this one website which, by name alone, was made to appear like it was associated with boxing icon Manny Pacquiao - ironically a basketball addict and a Curry fan.

Soon we stumbled on one article that finally explained all the hate: Curry supposedly calling Filipinos 'stupid' and launching into a tirade against President Rodrigo Duterte.

"You know why Filipinos are stupid? Because they voted a killing president," Curry supposedly told CNN in an interview.

Nothing, of course, could be further from the truth, as we tried to tell some of our furious commenters. But they would have none of it. They're so furious that one suggested that Curry be declared persona non grata.

Worse, we definitely haven't heard the last of it. It turned out President Duterte has already reacted angrily to Curry's supposed tirade and, believe it or not, even fellow NBA stars LeBron, Jordan and Kobe have weighed in against Curry's comments. 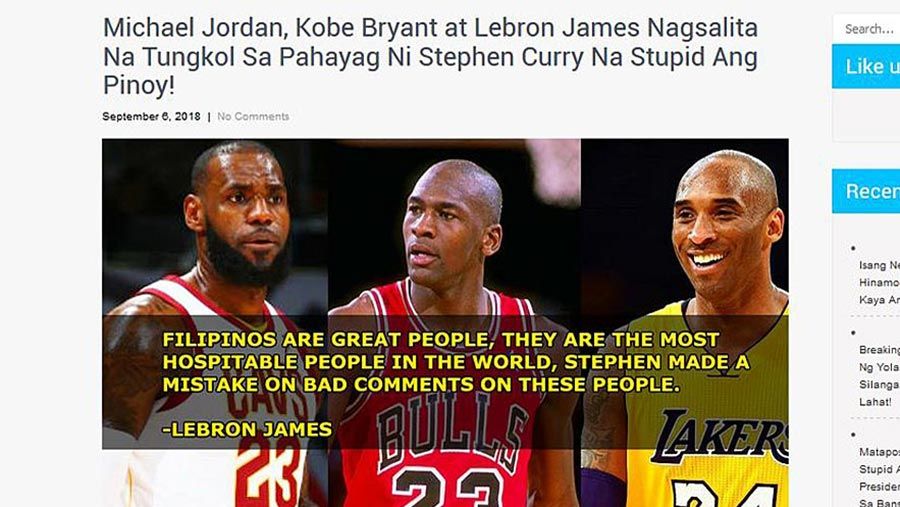 And the best part? Curry has yet to get wind of what he supposedly said, yet was supposedly asked to apologize and supposedly refused. 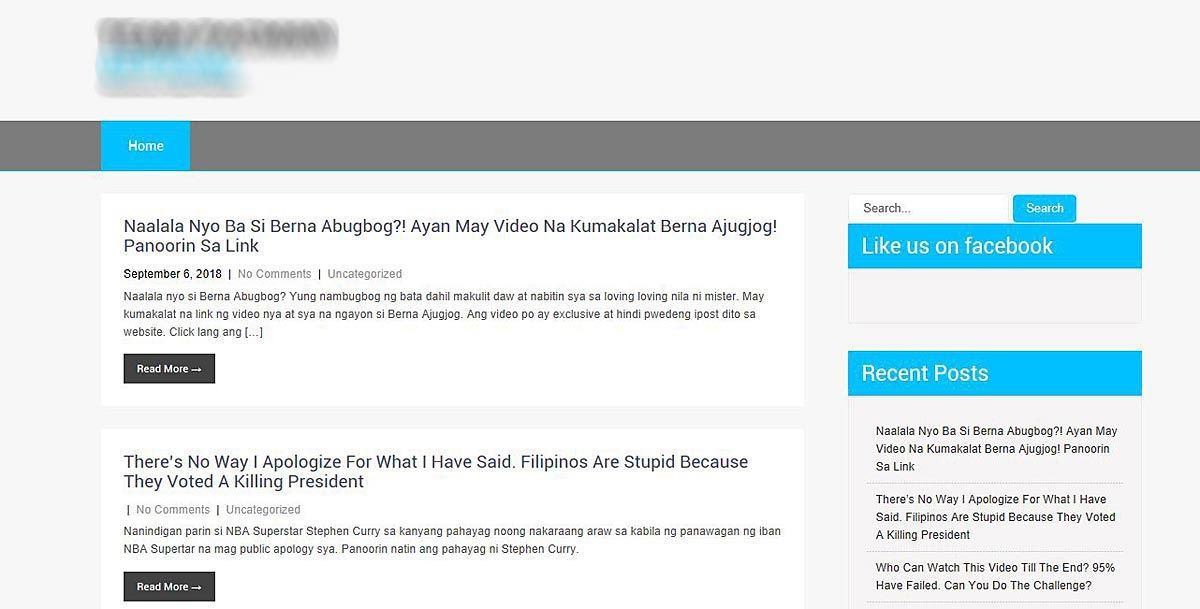 Fortunately, Agence France-Presse has stepped in and flagged this as fake news. 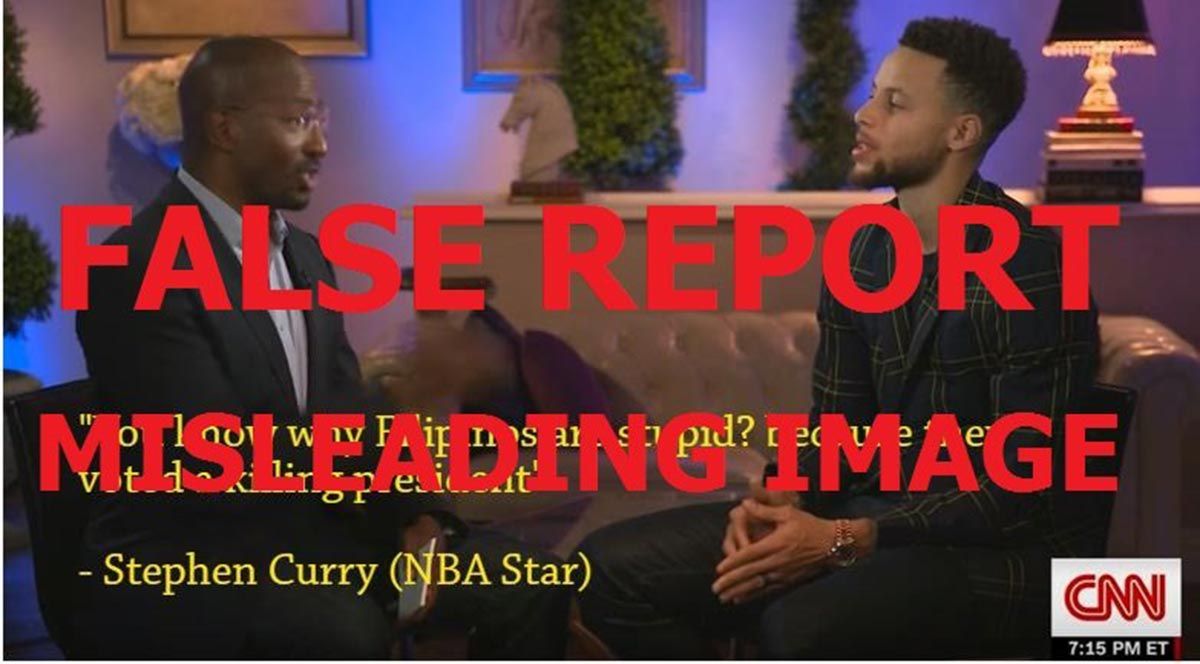 So stop the hate, folks.