Grizzlies bullish about future: ‘We're young, they're getting old’

MEMPHIS, Tennessee — The NBA's youngest team to reach a conference semifinal in the past 25 years has wasted little time turning disappointment into motivation.

Yes, the Memphis Grizzlies soaked in every lesson to help chase their first NBA championship.

"This is going to motivate us moving forward," Memphis coach Taylor Jenkins said. "The growth individually, the growth collectively from this season, it's only going to make us better. This is a step in the direction of this bright future that we talk about all the time."

The Grizzlies have been taking big strides since a franchise reorganization in April 2019. They've gone from being knocked out of the playoff chase in the Orlando bubble in August 2020 to earning the No. 8 seed through the play-in tournament a year ago.

The NBA's second youngest team earned the West's No. 2 seed for the first time by matching the most wins in franchise history with 56. The Grizzlies won their first playoff series in seven years in six games before losing in six games to the Golden State Warriors — the last three without All-Star guard Ja Morant due to a bone bruise in his right knee.

Dillon Brooks summed up the Grizzlies' future after losing a series to the three-time NBA champs that reached its sixth Western Finals in eight years, with two Memphis losses by a combined four points.

"We're young, they're getting old, so they know we're coming every single year," Brooks said.

The NBA's Most Improved Player won't need surgery for the bruised bone in his right knee that ended his best playoff series yet late in Game 3 against Golden State. It's the same right knee he had surgery on after being the No. 2 overall draft pick in 2019 and the third injury to one of his knees this season.

Still, Morant is the superstar Memphis has never had with his jersey ranked ninth among NBA sales. He averaged 38 points and eight assists in the semifinals and joined Kobe Bryant and LeBron James as the only players in NBA history with multiple 45-point playoff performances before turning 23.

Morant, who turns 23 in August, was an All-Star starter and finished seventh in the MVP voting. He can sign a five-year extension this offseason. 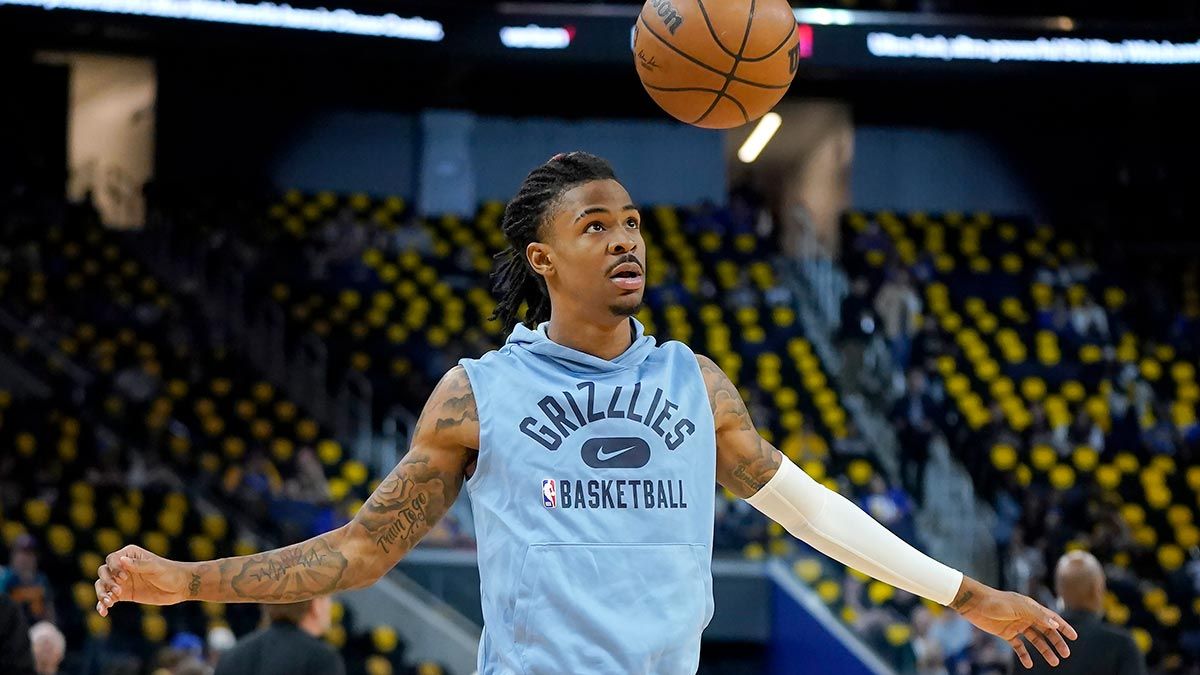 Ja Morant and the Grizzlies bow out at the conference semis stage after entering the playoffs as the second seeds.

The Grizzlies ranked second in the NBA in scoring at 115.6 points a game, a franchise record with not a single point from a player 30 or older. It was the first time Memphis finished in the top five for scoring average.

Jaren Jackson Jr. is coming off his healthiest season yet and doesn't turn 23 until September. The fourth overall pick in 2018 played a career-high 78 games, and he also led the NBA in blocks, setting franchise records with 177 and 2.27 per game.

But Jackson does need to learn how to play without fouling out. He fouled out three times this postseason.

"I'm trying to work on everything, there's a lot of things I can do on the court and I want to continue to build on all of them and just become more polished and become more efficient," Jackson said.

The 30th pick in the 2020 draft has become one of the NBA's top 3-point threats already. Desmond Bane leads the NBA shooting 43.5% outside the arc in that span with a minimum of 600 3s attempted, and he set the franchise single-season record with 228 made 3-pointers.

Bane became the third player in NBA history to make at least seven 3-pointers in consecutive playoff games, joining Stephen Curry and Klay Thompson. Bane doubled his scoring from his rookie season to 18.2 points and led the Grizzlies in scoring in their first-round series win. He shoots 49% from 3 in the postseason.

Memphis has two first-round picks in the upcoming NBA draft at Nos. 22 and 29.

Both Kyle Anderson and guard Tyus Jones are due to hit free agency this summer. Controlling owner Robert Pera has said he's ready to spend what's needed to keep the Grizzlies together, and Jones gives Memphis plenty of options backing up Morant or playing beside him.

Brooks and Bane also made clear the Grizzlies now understand the need to work harder each offseason. Improving different facets of their game yes, but also at conditioning their bodies to handle the regular season and a long postseason.

"We got to be healthy and realize that every year we are going to contend," Brooks said.