by andrew seligman, ap
6 days ago

The Warriors broke out of their rut in a huge way, pulling away early after dropping four of five. It was just the sort of breather they needed coming off a lopsided loss at defending champion Milwaukee the previous night.

The Bulls lost star Zach LaVine to a left knee injury in the opening minutes. They got booed off the court trailing 78-47 at halftime and wound up with their worst loss this season.

Wiggins scored 20 in the first half and shot 8 of 11 in the game. Curry shook off a slow start in a total turnaround for the Warriors after they trailed 77-38 at halftime in Milwaukee on Thursday.

Poole nailed five 3-pointers, and the Warriors made it look easy even though they were missing Klay Thompson and Draymond Green.

But the Bulls lost for the third time in four games after winning nine straight to match their best streak since the end of the end of the 2010-11 regular season.

Things took an alarming turn for them when LaVine — who tore the ACL in his left knee playing for Minnesota in February 2017 — walked gingerly toward the locker room with 8:28 left in the first quarter. The All-Star and Olympic gold medalist never went to the ground.

From there, things didn't get any better for the Bulls.

After hanging with Kevin Durant and the Nets into the third quarter before Brooklyn blew them out two nights earlier, they were never really in this one.

The Warriors led 37-28 through the first quarter despite just two points from Curry, then outscored Chicago 41-19 in the second. The 78 points were the most in a half for Golden State this season and the most allowed by the Bulls.

Curry scored the first six points in an 11-0 run that Wiggins finished with a driving bank shot, making it 54-33 with about 7 minutes left in the half. 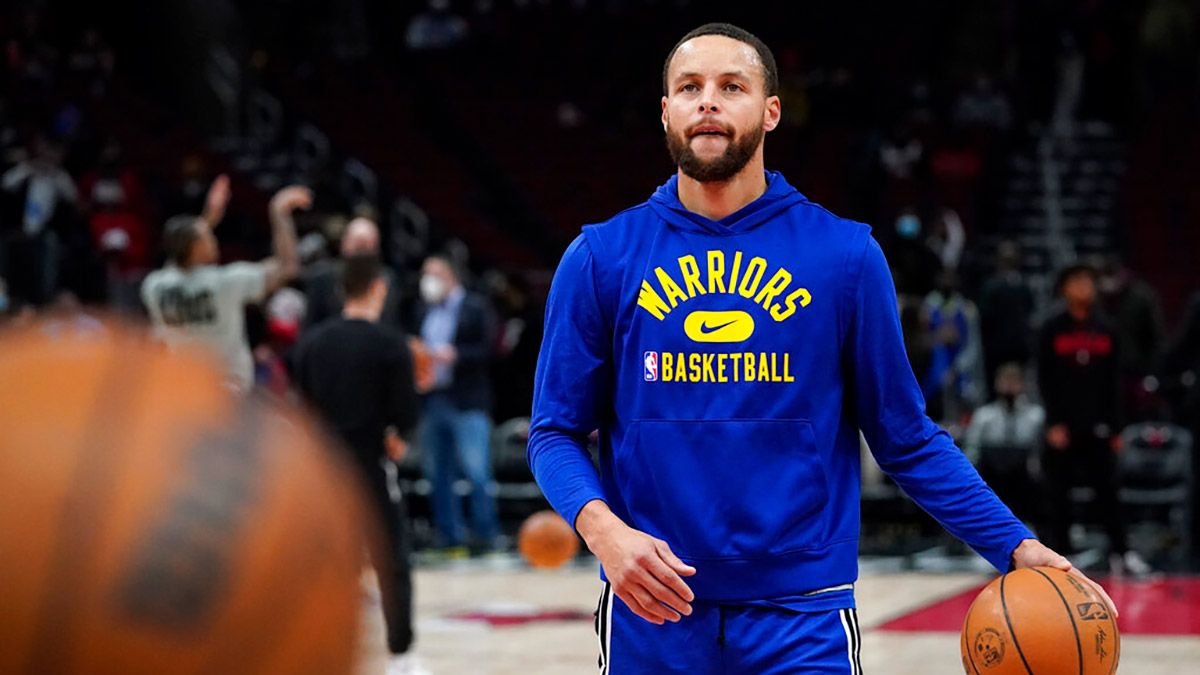 Warriors: The Warriors rested Thompson as planned after he played 20 minutes at Milwaukee in his third game back. They plan to "bump him up a little bit" when they visit Minnesota on Sunday, coach Steve Kerr said. The five-time All-Star missed 2 1/2 years because of a torn anterior cruciate ligament and an Achilles tendon injury. ... Kerr is "hopeful" Green (left calf tightness) returns Tuesday when the Warriors host Detroit. Green missed his third consecutive game and Kerr said it makes more sense to have him continue rehabbing in the Bay Area rather than join the team at Minnesota.

Bulls: G Alex Caruso was not planning to travel with the team to Boston and Memphis. He missed his 11th game in a row, the past five because of COVID-19 after being sidelined with a sprained left foot. ... The Bulls signed F Malcolm Hill to a 10-day hardship contract. Hill played at Illinois from 2013-14 to 2016-17 and grew up near St. Louis in Belleville, Ill.