Gary Harris added 18 points for the Magic (8-35), who had not won since before Christmas.

Orlando trailed by three entering the fourth quarter, but took advantage of a cold-shooting Hornets team to open a 13-point lead with 2 minutes left, punctuated by Moritz Wagner's dunk — and celebratory flex — off a feed from Cole Anthony.

The Hornets entered the game on a five-game win streak that included two victories over the defending NBA champion Milwaukee Bucks and one over the Philadelphia 76ers. But Charlotte went cold in the fourth quarter and the Magic quickly surged ahead behind Moritz Wagner, who finished 11 of 17 from the field and had four 3-pointers.

The Hornets had beaten the Magic twice this season in Orlando by a combined 16 points.

Ball came up with two eye-popping plays on back-to-back possessions for the Hornets that brought fans out of their seats.

First, he shook Anthony by faking a drive to the basket before stepping back and creating more than 5 feet of space, more than enough to knock down a 3-pointer. Then he came up with a steal on the other end of the court, drove the length of the floor and went between his legs with the ball before lofting a perfect alley-oop pass to Bridges, who finished with a resounding dunk. 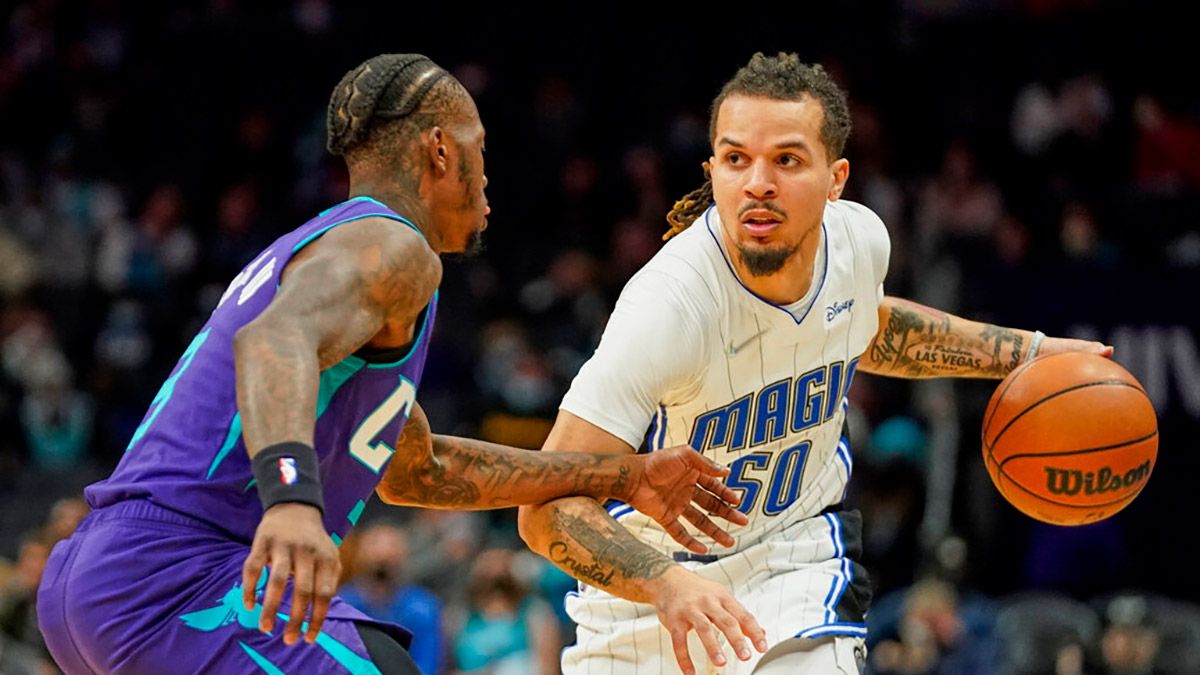 Cole Anthony tries to find a way past Terry Rozier.

Hornets: Kelly Oubre Jr. remained in the health and safety protocols. ... Terry Rozier had 19 points, but shot just 4 of 15 from 3-point range.

Magic: At Dallas on Saturday night.

Hornets: At New York on Monday.