LAKE BUENA VISTA, Florida — LeBron James added another record to his resume as he continues his chase for a fourth career title.

Nobody has played in as many NBA playoff victories.

"It's very humbling," James said. "It's something that I never dreamed of." 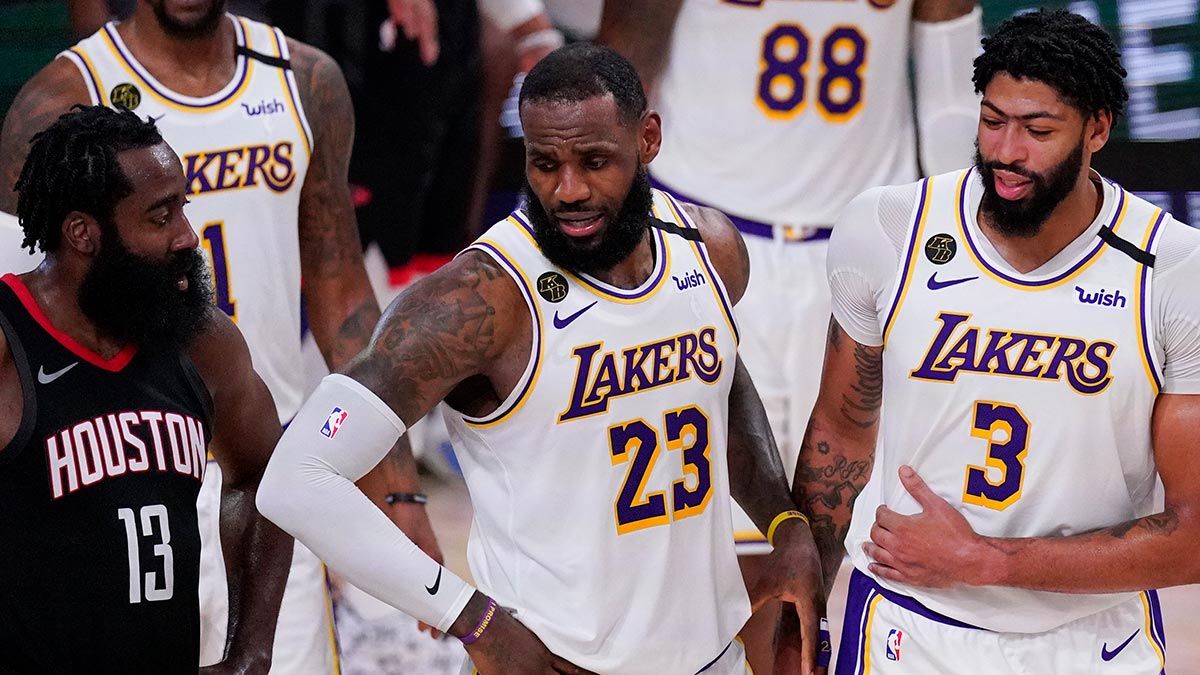 James had seven rebounds, five assists and four blocks as he helped lead the Lakers' second-half defensive surge. The Rockets had 64 points at halftime but were held to 38 the rest of the way.

James reached the milestone with plenty of help from Rondo, who became the first player to have at least 12 points and five assists in the fourth quarter of a playoff game since James for the Cleveland Cavaliers on April 22, 2010, according to STATS.

Rondo finished with 21 points and nine assists. He scored eight straight points during a 10-0 run early in the period that put the Lakers ahead for good. Rondo assisted on the other basket during that stretch.

"I just took what was given," Rondo said. "It started on the defensive end for me. Guys found me when I was open, and I took the shots with confidence. And I got some easy layups."

Anthony Davis had 26 points and Kyle Kuzma added 14. James Harden scored 33 points and Russell Westbrook had 30 for the Rockets. 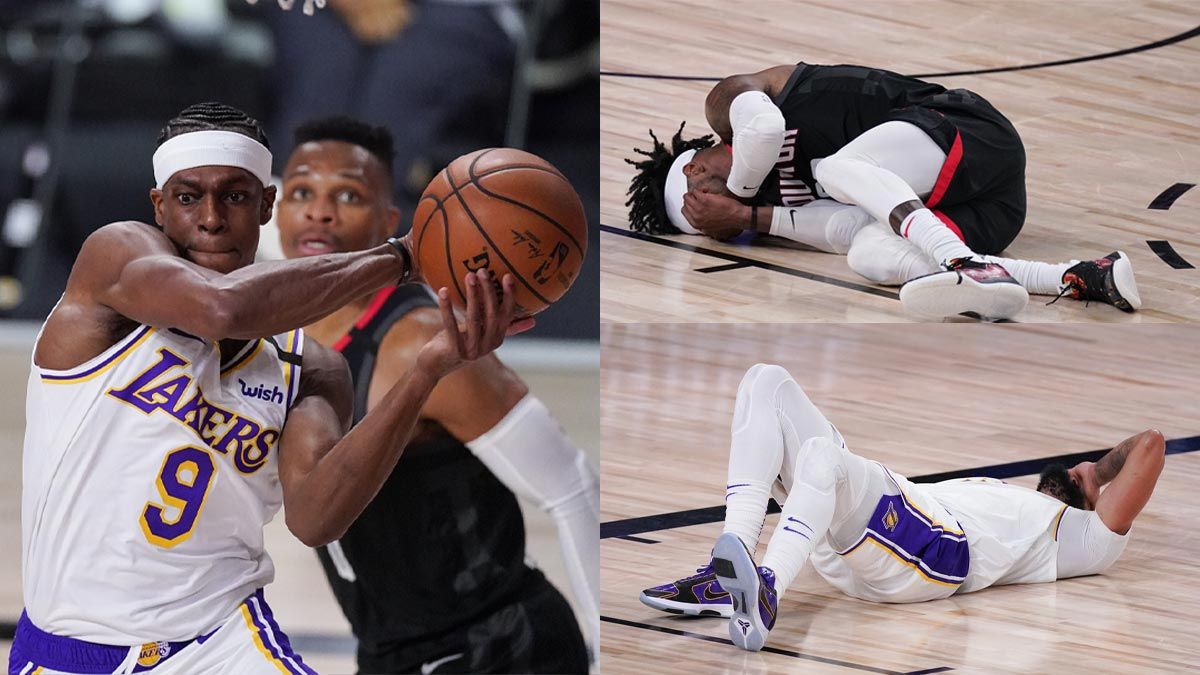 Houston coach Mike D'Antoni didn't have an update on Covington after the game.

The game featured 16 lead changes and 15 ties, with neither team pulling ahead by more than six points until the Lakers took control late.

"Too many 50-50 balls we didn't get, too many times we just weren't sharp," D'Antoni said. "We just weren't quick to the ball or quick to a play and it got away from us. They hit a lot of good hard shots. Tonight they got us. Next time, we'll see what we can do."

Rondo assisted on a layup by James that put the Lakers ahead with about 10 minutes remaining. Rondo then hit a 3-pointer to give the Lakers an 89-85 advantage, their largest lead to that point.

After a Houston timeout, Westbrook missed a shot and Rondo sank another 3-pointer. Rondo then stole the ball from Harden and made a layup to cap the 10-0 run.

"Playoff Rondo is real," Davis said. "His intensity picks up. He wants to guard the best perimeter guy. ... He's shooting the ball very well, making the right passes. His IQ is on another level."

LA controlled the final period for the second straight game. The Lakers blew a 21-point lead in Game 2 but outscored Houston by 10 in the fourth quarter to win 117-109.

"I just thought in the second half they played a little bit harder than we did," D'Antoni said. "Our legs, we were a little slow off a lot of things, especially on the defensive end. We didn't create enough turnovers to run." 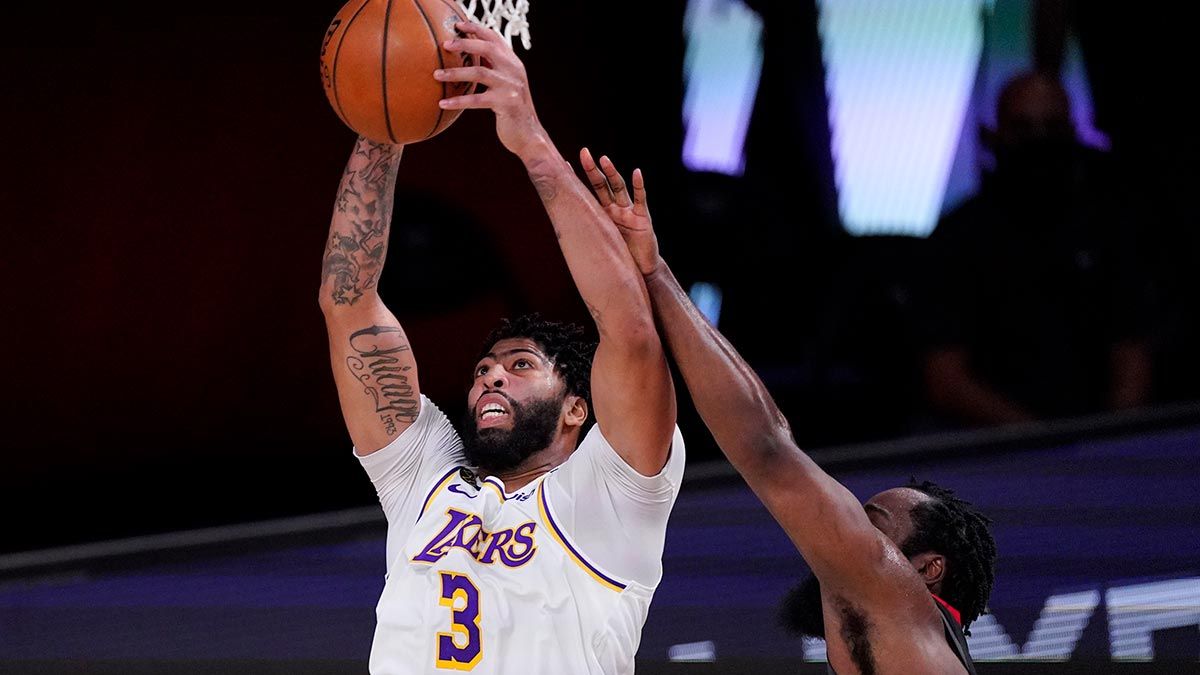 Lakers: C JaVale McGee returned to action, playing 6 minutes, but G Dion Waiters was unavailable after both players were hurt in Game 2. Vogel said Waiters is day to day with a strained groin.

Rockets: Danuel House missed the game for what D'Antoni said were personal reasons unrelated to COVID-19. House had scored 13 points off the bench in Game 2. ... This marked the fourth time in D'Antoni's tenure that Houston split the first two games of a playoff series. In the previous three instances, the Game Three victor went on to win the series.