They're favored to repeat, but Vogel warns Lakers it will be a much tougher campaign

LOS ANGELES — After the longest season and the shortest offseason in NBA history, the champion Los Angeles Lakers are back at work with two content superstars, a younger lineup around them — and a steady confidence they can do it all again.

The Lakers seem confident and collected as they head into team workouts this weekend, about eight weeks after they finished off the Miami Heat in the NBA Finals on Oct. 11.

A distinct lack of vacation time aside, Los Angeles begins the new season in an apparently stellar position. LeBron James and Anthony Davis extended their commitments to the Lakers earlier this week, and they'll lead a slightly reconfigured roster that looks even better than last season's squad with NBA veterans Dennis Schröder, Montrezl Harrell, Marc Gasol and Wesley Matthews.

Before Frank Vogel gets down to the week-to-week challenges of keeping his veterans fresh, navigating travel during a pandemic and taking every opponent's best shot every night, the Lakers coach laid out a few guiding principles to his players at the team's training complex in El Segundo.

"We're going to have to be even better," Vogel said on Friday (Saturday, Manila time). "The first thing you have to understand about going into a repeat situation is it's going to be harder than the year before. The bull's eye is going to be bigger. We played longer than everybody else and had a shorter offseason than anybody else, so the odds are stacked against us from that standpoint. The identity of what and who we were last year has got to be repeated." 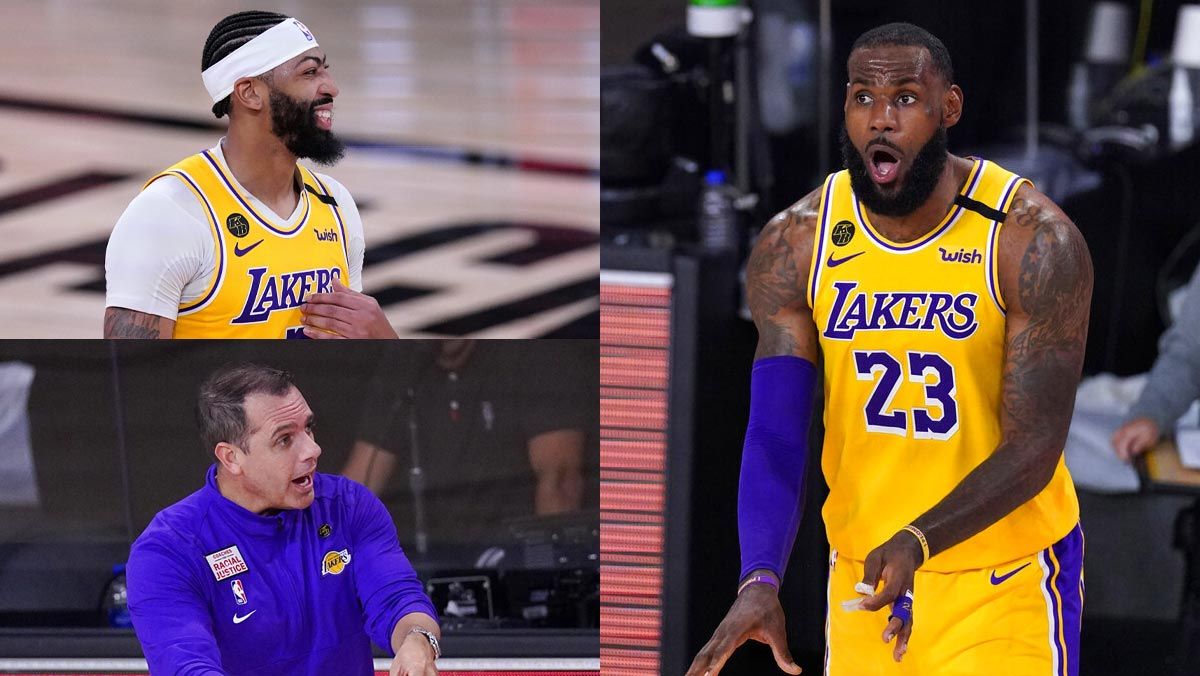 Vogel is referring to the defensive excellence that set apart his Lakers, who created their own tenacious identity in the history of a 17-time champion franchise best known for the flashy offensive exploits of the Showtime 1980s teams and Kobe Bryant's 21st-century squads.

With Davis leading the way, Los Angeles had the third-best defensive rating (106.1) in the NBA during the last regular season, and the Lakers kept it up in the playoff bubble.

The Lakers lost major defensive contributors Avery Bradley and Dwight Howard to free agency, but Davis and Alex Caruso are back along with the four veteran newcomers, who can all excel on both ends.

"The guys that we've brought in here are nasty dudes," Vogel said. "These guys are all physical dudes that have that sort of edge to them that I think they'll embrace right away. Obviously the group that's returning knows the value in what we created last year, and hopefully we'll establish that early on."

The Lakers' defensive dominance is centered around Davis, who agreed to a five-year contract worth up to $190 million on Thursday to return. The 27-year-old Davis said he considered several contract options, but the combination of his happiness with the Lakers and caution about his health led him to ink the biggest possible deal.

"This is the place I want to be," Davis said. "I don't plan to move on anywhere. I just thought what was best for me was to go ahead and lock it in. I want to be here. My family wants to be here. We've got everything to compete for championships, so I just figured, why not be here?" 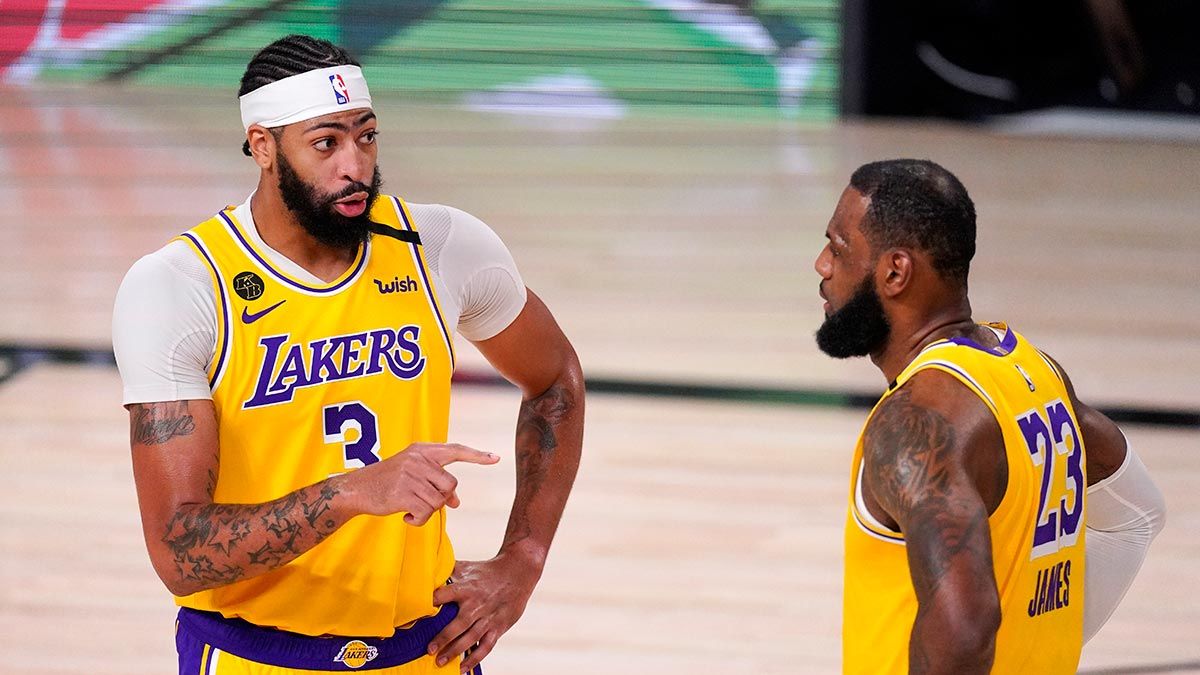 Davis also evaluated his physical condition frankly. He has missed a significant number of games due to injury in every season of his eight-year NBA career, and the athletic 6-foot-10 pro will be 32 years old when his new contract ends.

"I have to think about also the reality of things, too," Davis said. "I do have a little history with injuries. … Do I get to that? God forbid, knock on wood, something happens. I want to secure the most amount of years possible and be here long-term with this team."

Lakers general manager Rob Pelinka seems thrilled by the results of his roster-building work in the abbreviated NBA offseason. The former agent managed to retain his two most important players on long-term contracts while adding veteran talent and still making his roster younger.

When the analogy-loving executive wasn't comparing the challenges of free agency to a 29-against-1 simultaneous chess match because he had recently watched Netflix's "The Queen's Gambit," Pelinka lavished praise on Davis, James and the four newcomers who agreed to join them.

"We've got a lot of really passionate guys and a lot of really high-IQ basketball players, so I don't think there's going to be any lack of energy and intensity," Pelinka said. "I've felt it in the building with our individual workouts. I think this team is excited to play, excited for the challenges of coming together for one of the hardest things to do in all of sports, which is defending a title."