LOS ANGELES — Jonas Valanciunas scored 29 of his career-high 39 points in a spectacular first half, and the New Orleans Pelicans beat the Los Angeles Clippers for the second time this month, 123-104, on Monday night (Tuesday, Manila time).

New Orleans rolled to a 21-point lead in the first half with a phenomenal effort from Valanciunas, the Lithuanian veteran in his first season with the Pelicans. The 6-foot-11 Valanciunas hit seven 3-pointers without a miss in the first half to the increasing delight of his teammates and even the 10-year veteran himself.

Valanciunas, who surpassed his career high for 3s in the first half alone, had dropped 26 points and 13 rebounds on Los Angeles 10 days earlier in the Pelicans' 94-81 win in New Orleans. He added 15 rebounds to his prolific scoring in the rematch.

Paul George scored 27 points and Reggie Jackson had 19 for the Clippers, who have lost three of four and six of nine after a seven-game winning streak.

Brandon Ingram scored 27 points in his former home arena and Herbert Jones added 16 for the Pelicans, who rebounded from their second-worst loss of the season at Utah last Saturday to finish their three-game road trip with two victories.

George closed the margin to eight midway through the fourth, but Ingram scored eight points in the quarter and led a 17-8 run to put it away for New Orleans.

The Pelicans have won three of four, doubling their season win total in the past six days after a 3-16 start without injured Zion Williamson. Their star forward has been cleared for a full return to basketball activities, further boosting New Orleans' hopes of turning around its season.

The Clippers (11-10) still won't have Kawhi Leonard anytime soon, and they're struggling to keep pace in the competitive Western Conference.

After missing their first 20 3-point attempts Saturday at Utah, the Pelicans hit 10 of their first 18 shots from distance in the first half while building a 21-point lead midway through the second quarter. 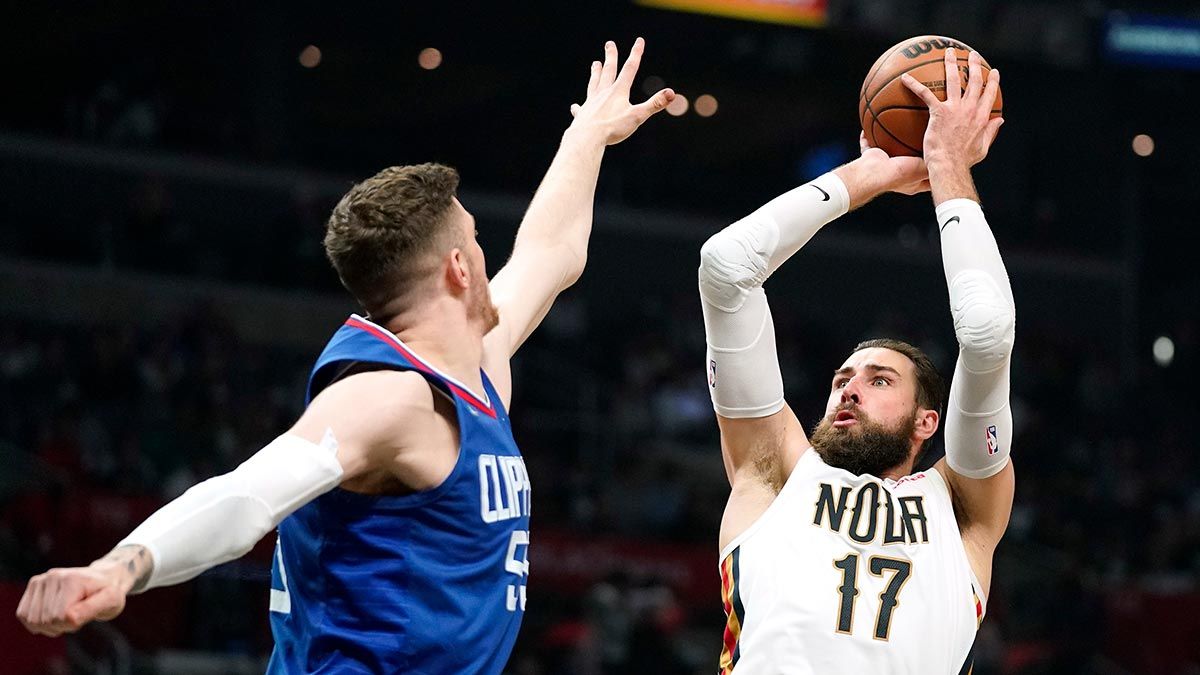 Jonas Valanciunas goes 15 for 24 in 32 minutes of action.

Clippers: Marcus Morris got a rest after playing Sunday. Amir Coffey had nine points while starting in the veteran's place. ... Nicolas Batum missed his fifth straight game. He is in the NBA's health and safety protocol.