Mike Conley scored 20 points and Jordan Clarkson had 19 for Utah, which has the longest active win streak in the NBA. 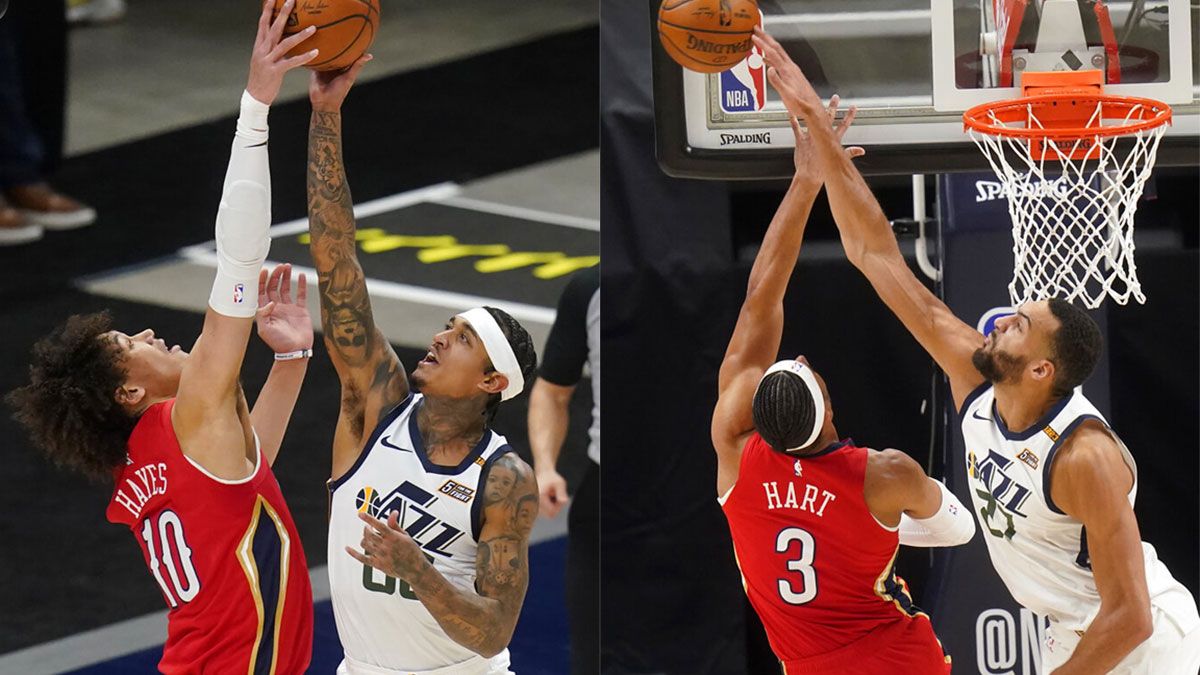 Jordan Clarkson and Rudy Gobert also came up with significant numbers for the Jazz.

Zion Williamson scored 27 points and Brandon Ingram had 23 but the Pelicans couldn't sustain the momentum of an almost perfect first quarter and a half.

Still, New Orleans led for a bit early in the second half. Eric Bledsoe made a jumper to make it 78-75 Pelicans right before the Jazz took over.

Joe Ingles made a fast-break layup on a feed from Mitchell, capping a 21-2 run that lifted Utah to a 96-80 lead with 4:27 to play in the third quarter.

Frustration boiled over for the Pelicans. Coach Stan Van Gundy got a technical and then lost a challenge to overturn a foul. Minutes later, Steven Adams leapt off the bench to argue a call and earned a technical, and Van Gundy kept arguing and was ejected with 2:23 remaining in the period.

Williamson's leaner got the Pelicans within 100-94 early in the fourth quarter, but the Jazz used their precision passing and shooting to rebuild a comfortable margin.

The Pelicans led by as many as 16 before the Jazz grabbed a 70-69 edge at halftime. Both Mitchell (21 points) and Ingram (20 points) posted season highs for a first half.

Pelicans: Williamson made his first 3-pointer of the season in the first period as part of the team's season-best eight 3s in a quarter. ... Both teams had 27 assists, and the Pelicans shot 49.4% (42 for 85).

Jazz: C Rudy Gobert had 12 points, 11 rebounds and four blocked shots. It marked his seventh game this season with at least four blocks. ... Ingles had a season-high nine assists. ... Utah went 24 for 25 at the line.

The Pelicans play their final game of a seven-game road trip against Minnesota on Saturday night.