SALT LAKE CITY — After posting the best regular-season record a year ago, the Utah Jazz are hungry to show they can take another step and contend for an NBA title.

It won't be a simple task for Utah. The Jazz have evolved from an underdog into a team no opponent takes for granted.

"We're not going to sneak up on anybody," guard Donovan Mitchell said. "For us, we got to continue to do what we do but come out with fire, hunger, and an edge."

Other players echoed Mitchell's sentiment as the Jazz held their media day on Monday (Tuesday, Manila time). Utah will hold training camp in Las Vegas this week ahead of its preseason opener against San Antonio on Oct. 4.

A few new faces joined the team in the offseason, but much of the core who experienced disappointing early exits from the NBA playoffs each of the last two seasons remains intact. Utah blew a 2-0 lead to the Los Angeles Clippers in the Western Conference semifinals last season and lost to Denver in seven games a year earlier after surrendering a 3-1 lead.

Learning from those postseason failures is a top priority heading into a new season.

"You don't get many of those windows in your career," center Rudy Gobert said. "It's a great opportunity for us, no matter what happens, to be the best we can be. It's exciting after all those years of losing and learning, losing and learning, being a part of a group that wants to do something even better."

Gobert credited his stint with France in the Tokyo Olympics with helping him make some defensive improvements. Mitchell, who took three weeks off from basketball before diving into rehabilitation on his ankle, said he has also put a focus on becoming a consistently better defender.

"I think there's another level I can get to," Mitchell said. "I've said that every year, but I think it's the truth."

Utah did not do much to shake up its roster over the summer. Mike Conley returned to the Jazz. Rudy Gay and Hassan Whiteside also signed as free agents and Eric Paschall came to Utah via a trade with Golden State. The Jazz also drafted Baylor guard Jared Butler with the 40th overall pick.

Gay, Whiteside, and Paschall fill holes left by Georges Niang and Derrick Favors. Niang signed with Philadelphia as a free agent and Favors was traded to Oklahoma City. 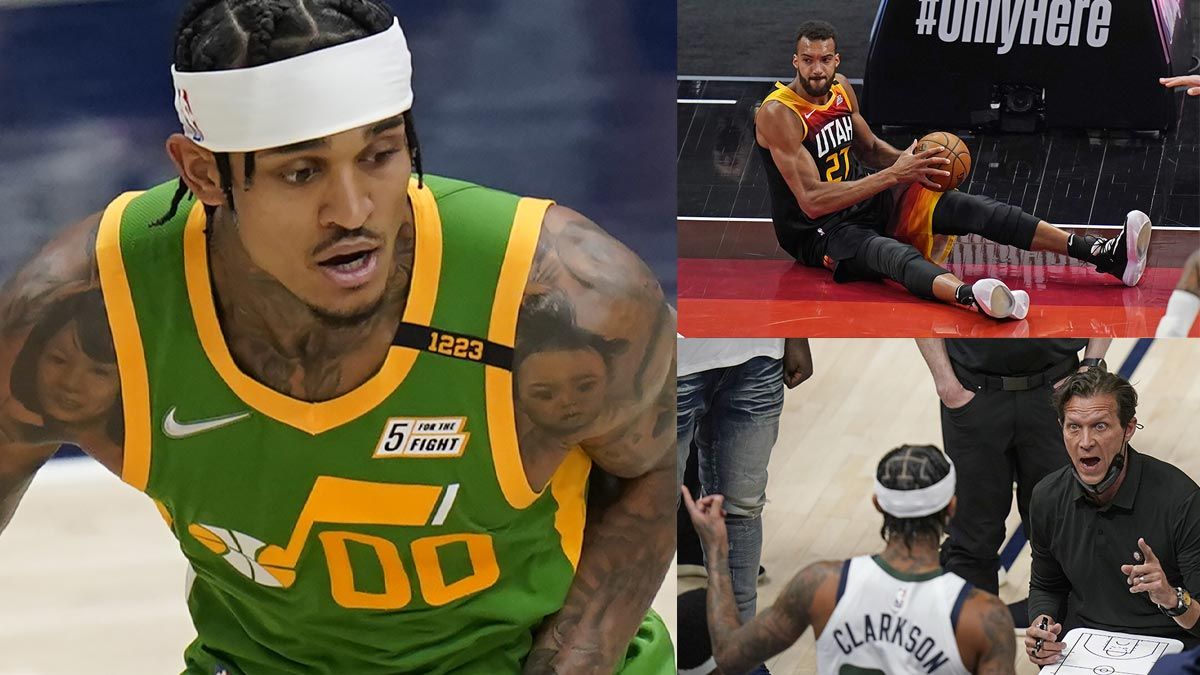 Continuity does not equal complacency with the Jazz. Utah expects the veteran additions to be more than stopgap solutions.

"I'm not fond of the expression, 'run it back,'" coach Quin Snyder said. "That's not what we're trying to do."

Utah enters training camp with no players nursing major injuries. Mitchell said he has fully healed from the ankle injury he suffered late last season. Conley took up yoga to help strengthen his hamstring with improved mobility and flexibility.

Additionally, all Jazz players, coaches, and staff are vaccinated against COVID-19 ahead of the regular season.

"It's every person's choice, but the fact that our players and … the entire organization chose to do that to protect each other says something about them," GM Justin Zanik said.