SALT LAKE CITY — Donovan Mitchell scored 26 of his 30 points in the first half and the Utah Jazz advanced to the second round of the playoffs, beating the Memphis Grizzlies, 126-110, on Wednesday night (Thursday, Manila time) in Game Five.

Mitchell also had 10 assists and six rebounds in 29 minutes, getting a little rest before facing the winner of the Los Angeles Clippers-Dallas Mavericks matchup.

Even after a cool fourth quarter, the Jazz shot 53 percent.

The Memphis big three all played effectively on offense, but got little help from the supporting cast. Ja Morant finished his record-setting first playoff series with 27 points and 11 assists. Dillon Brooks also had 27 points, and Jonas Valanciunas added 18.

Mitchell capped Utah's big first half with two contested 26-foot jumpers to make it 75-51 and bring the 13,000 fans to their feet.

The Jazz out-passed the Grizzlies' slow rotations and scored on 16 of 19 possessions to start the game, highlighted by shooting 8 for 10 from 3-point range. Mitchell scored 14 points in six minutes and the Jazz led 47-27 at the end of the first quarter — two more than previous team postseason record for any quarter of 45 set in 1991.

Clarkson's 3-pointer midway through the third quarter gave the Jazz their largest lead at 91-56.

The Jazz have played all season with the bitter taste of blowing a 3-1 lead to Denver in the first round of last year's playoffs.

They didn't even give Memphis a chance to repeat history in this elimination game and led wire-to-wire as they reached the second round for the first time since 2018. 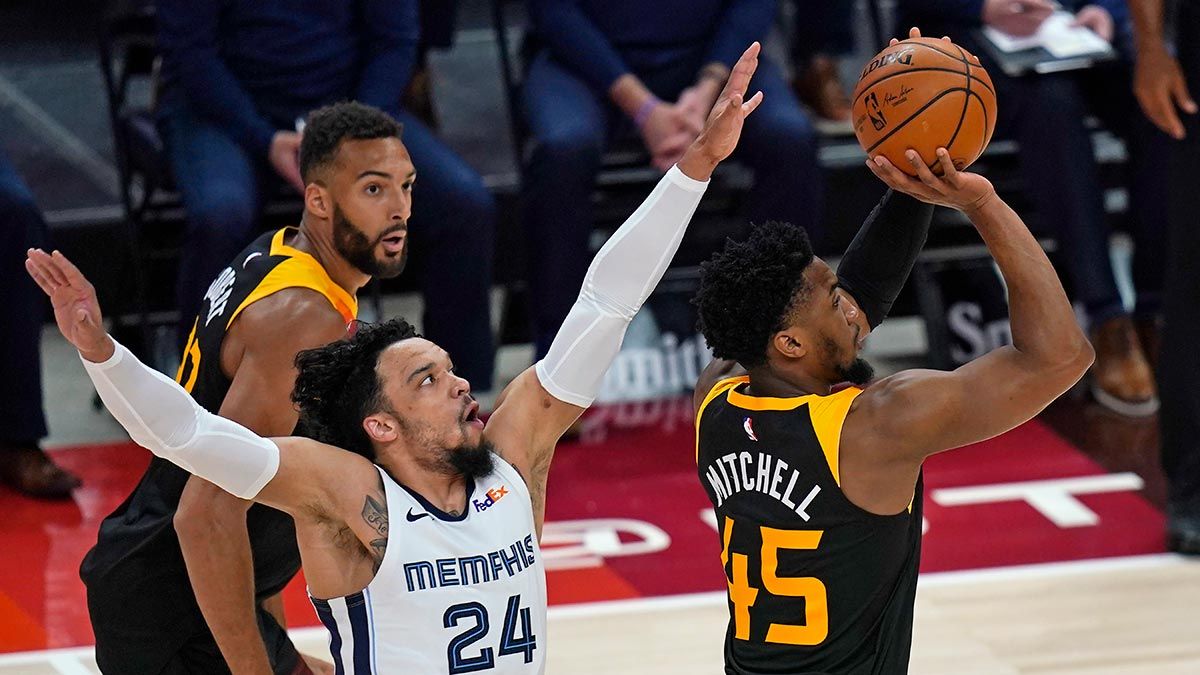 Grizzlies: After being subjected to fan misconduct in Game 2, Morant's family members were given courtside seats by Utah owner Ryan Smith. … Memphis scored more points in the paint than Utah in all of the first four games but were outscored inside 60-52. … The Grizzlies has fewer turnovers than the Jazz in all five games.

Jazz: Mike Conley left with 8:58 left in the second quarter due to right hamstring soreness and did not return. … Jazz matched a franchise playoff record with nine 3s in the first quarter. … There was a moment of silence before the game in honor of former Jazz center Mark Eaton. He died last week at age 64.