Duncan Robinson made six 3-pointers and added 22 points. Kyle Lowry had 21. Miami swept the season series with the Jazz and snapped a three-game losing streak.

The Jazz lost for the fourth time in five games.

Utah used an 18-0 run to rally from a 22-point deficit in the final minutes. Bogdanovic made a layup to finish off the run and cut Miami's lead to 109-105 with 14.5 seconds left. Herro made a pair of free throws with 10.9 seconds remaining to seal it.

Robinson and Bam Adebayo ignited the Heat's offense in the first quarter. Robinson made three 3-pointers and Adebayo bookended a 21-2 run with four free throws and a dunk to help Miami surge to a 23-7 lead.

Clarkson brought Utah back into the game by himself. He scored 11 straight points in just 1:16 — starting with back-to-back 3-pointers — and trimmed Miami's lead to 27-24 going into the second quarter.

The Heat made another big run to open the second quarter and extend their lead again. Robinson scored back-to-back baskets to cap a 16-3 run that put Miami up 43-27 with 8:17 left before halftime.

Utah cut the deficit to seven twice before halftime but drew no closer until the final minute. Miami led by as many as 27 points in the second half, going up 93-66 on a step back jumper from Herro with a minute left in the quarter. 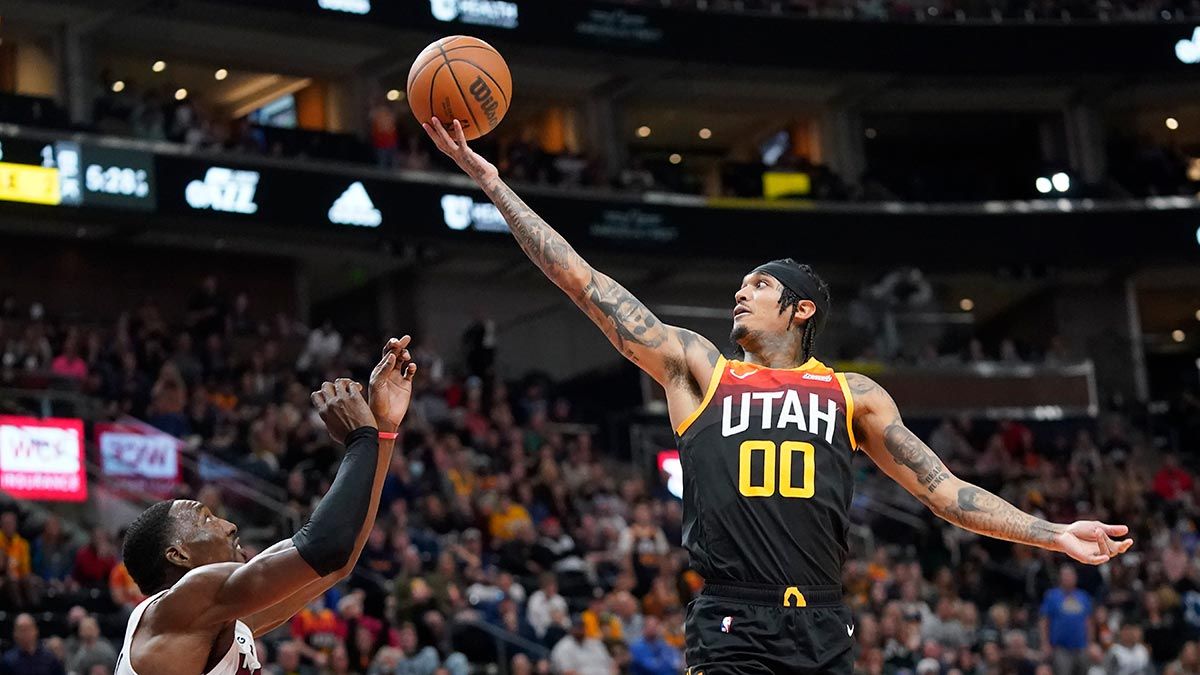 Jordan Clarkson scores 25 points on 8 of 17 shooting for Utah.

Heat: Jimmy Butler (right ankle sprain) missed his second straight game and Markieff Morris (whiplash) was sidelined for a third game in a row. … Adebayo dished out a season high seven assists to go with seven rebounds and 13 points. He has averaged 6.5 assists in two games against the Jazz this season.

Jazz: Bogdanovic made a season-high six 3-pointers, the first time he made more than two outside baskets in a game this season. … Mitchell had five steals, matching his career high. … The Jazz were outrebounded 13-12 on the offensive glass but finished with a 16-9 edge in second chance points.