With Butler and Bam out, Tyler Herro powers Heat past Thunder

"Tonight, with Jimmy and Bam out, I didn't feel at all that guys were stepping outside of their game and trying to do more to make up for those guys being out," Heat coach Erik Spoelstra said. "They just played their roles and played their roles well."

Herro and Duncan Robinson each made five 3-pointers, many of them contested.

"You've got to give them credit," Thunder coach Mark Daigneault said. "They really move the ball, they move those guys around. But I though our effort and competitiveness were good enough to win on that end. What cost us the game was the offensive end of the floor. They did a really good job on us, obviously, and we just didn't move the scoreboard enough."

"Kyle just kind of orchestrated everything throughout the course of the game," Spoelstra said. "Duncan broke free during all the key times — the swing moments in the game."

Lu Dort scored 20 points and rookie Jeremiah Robinson-Earl added 16 for the Thunder. Shai Gilgeous-Alexander, who entered the night averaging 22.6 points per game, finished with a season-low 10 on 2-of-11 shooting.

The game was tied 43-all at halftime. Miami led by 14 in the third quarter, but Aleksej Pokusevski hit a 3-pointer in the closing seconds of the period to cut the Heat's lead to 74-67. Robinson scored 13 points in the quarter for Miami.

The Thunder cut the deficit to eight with just over two minutes to play before Miami's P.J. Tucker hit a corner 3-pointer.

"They were physical and they had a plan and they executed it well," Daigneault said. "That's a battle-tested team. It's a good experience for our guys." 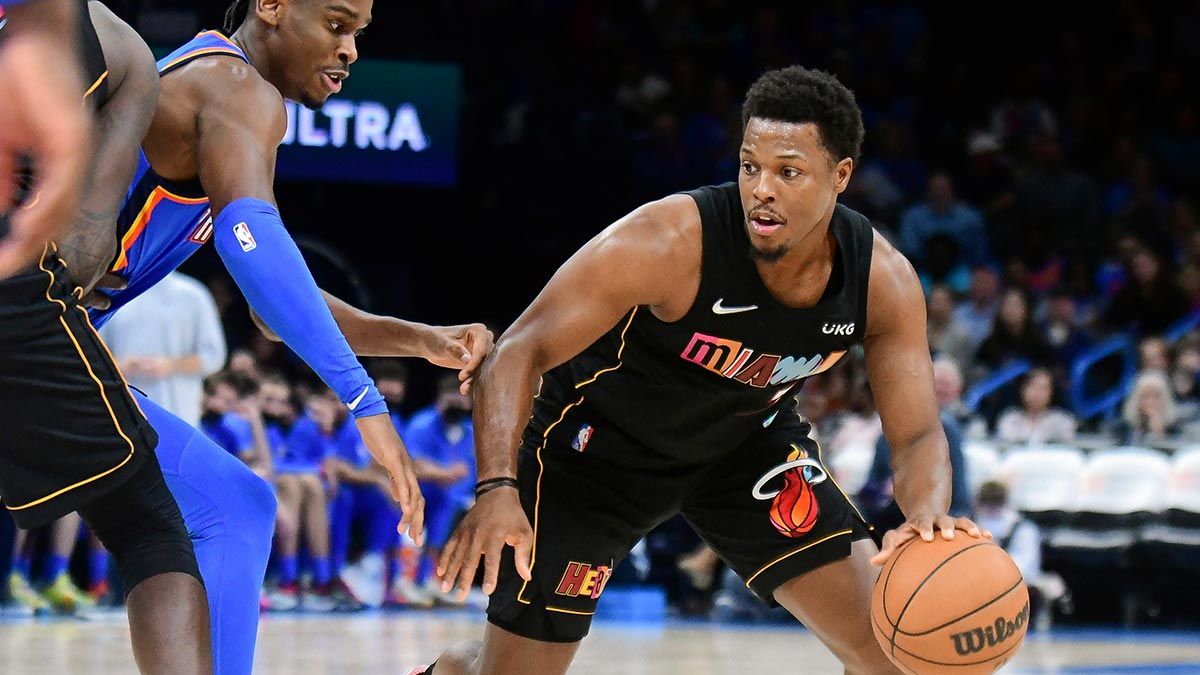 Kyle Lowry has 11 points and 11 assists for Miami.

Heat: Made four field goals in the first half inside the 3-point line. The Heat went 9 for 19 from 3 and 4 for 21 inside the arc. ... Lowry's short jumper just before the halftime buzzer tied the game. ... KZ Okpala was issued a technical foul in the fourth quarter. ... It was Miami's fourth straight win at Oklahoma City.

Thunder: Center Derrick Favors rested. ... Led 24-23 at the end of the first quarter, despite shooting 35% from the field. ... Rookie Josh Giddey finished with six points, nine rebounds and nine assists. ... Pokusevski scored 11 points on 5-of-6 shooting.

Dort has scored at least 20 points in four straight games, the longest such streak of his career. He has averaged 22.3 points during the run, shooting 57% from the field and 38% from 3-point range.

Dort established himself in the league with his defense but began to show more scoring ability in the second half of last season.

"For me, it's just to always stay confident," he said. "And I felt like I've been working a lot on my offensive side, so I've just got to be confident enough to take the right shots and make the right play."

"The blocked shots, I think, is just a barometer of his activity," Daigneault said. "He brought some energy to the game."

"He's really improved. That's what he spent his summer in the weight room for. He's not an easy guy to pressure anymore." — Spoelstra on Herro.