PHOENIX — Tyler Herro scored a season-high 33 points, Duncan Robinson also had a season high with 27 and the short-handed Miami Heat rode some hot shooting to a 123-100 win over the NBA-leading Phoenix Suns on Saturday night (Sunday, Manila time).

The Heat shot 50 percent from 3-point range, tying a franchise record with 22 makes on 44 attempts from behind the arc. Robinson had a particularly good night, making eight 3s on 16 attempts, including a pair in the fourth quarter that turned back a short-lived Suns rally.

Herro had a stellar all-around game, making 12 of 20 shots, including three 3-pointers. He added five rebounds and three assists.

The Heat had 11 players on the inactive list, including star guard Jimmy Butler. That didn't stop them from a strong start. Miami shot 52 percent in the first quarter and took a 33-29 lead.

The Heat were even better in the second quarter and pushed ahead 71-50 by the break. Robinson scored 18 points off the bench, all on six 3-pointers. Herro added 17 points. Miami was 15 of 30 from 3-point range in the first half.

Miami cooled off a little in the second half but the game never got particularly close. The Suns had their three-game winning streak snapped in a rare home blowout loss.

It was a tough all-around night for the Suns, who came into the game with the NBA's best record but didn't play like it. They struggled to produce consistently on offense and let the Heat's shooters get way too many wide-open looks on defense.

Devin Booker led the Suns with 26 points while Mikal Bridges added 20. The Suns shot just 38% from the field and were outrebounded 49-35. 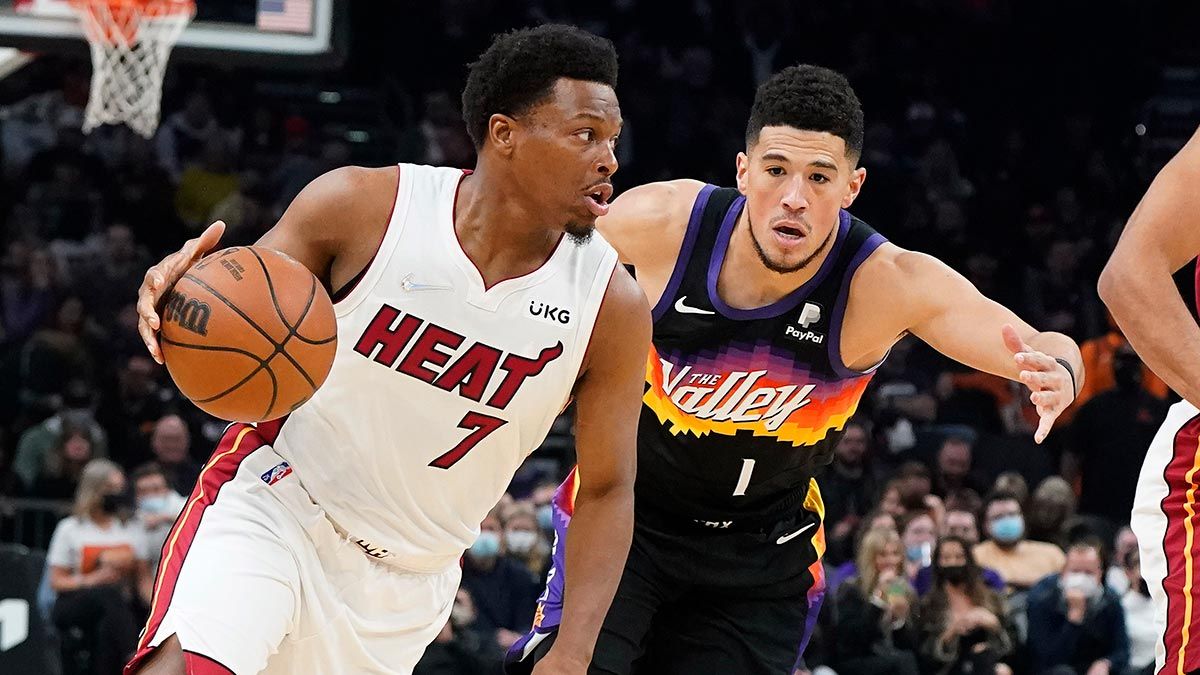 Suns: C Deandre Ayton, F Jae Crowder and C JaVale McGee all returned after spending time on the reserve/COVID-19 list. G Landry Shamet remains in the protocol. ... Booker scored 13 points in the first quarter, including a jumper that rattled in at the buzzer. ... G Cam Payne got a technical foul after a hard foul on Herro in the third quarter.

Heat: Wrap up a seven-game road trip at the Hawks on Wednesday.

Suns: Begin a five-game road trip against the Raptors on Tuesday.