ATLANTA — Tyler Herro had 21 points and Miami scored the first 16 of the second half to break open a close game as the Heat capped a successful road trip by beating the Atlanta Hawks, 115-91, on Wednesday night (Thursday, Manila time).

Herro added 11 assists to lead Miami's balanced attack. Caleb Martin had 18 points in the final game of a 4-2 trip.

The Hawks scored the first seven points of the fourth quarter, cutting Miami's lead to 88-75. Atlanta again pulled within 13 with about five minutes remaining but Herro answered with a 3-pointer.

Max Strus scored the first eight points of the second half, including two 3-pointers. After leading 56-51 at halftime, Miami extended the advantage to 72-51 with the 16-0 run. The Heat's biggest lead was 75-53.

After matching its franchise record with 22 3-pointers in Saturday night's 123-100 win at Phoenix, Miami delivered more long-distance shooting with 16 3s.

Miami had six players on its inactive list, including top scorer Jimmy Butler, who missed his third consecutive game with a right ankle sprain.

Miami closed its road trip with three wins to remain among the Eastern Conference leaders.

The Hawks (17-23) have lost three consecutive games. They began the night 12th in the conference.

After a 2-4 trip highlighted the team's need for a turnaround one season after advancing to the Eastern Conference finals, the Hawks began a crucial stretch in which they play 10 of 12 games at home.

De'Andre Hunter scored 15 points for Atlanta, including 13 in the first half, in his return after missing two months following right wrist surgery.

"A few days ago there was a fatigue factor, a little cough, the symptoms everyone else is having," McMillan said before the game. "I'm back and looking forward to getting to work here." 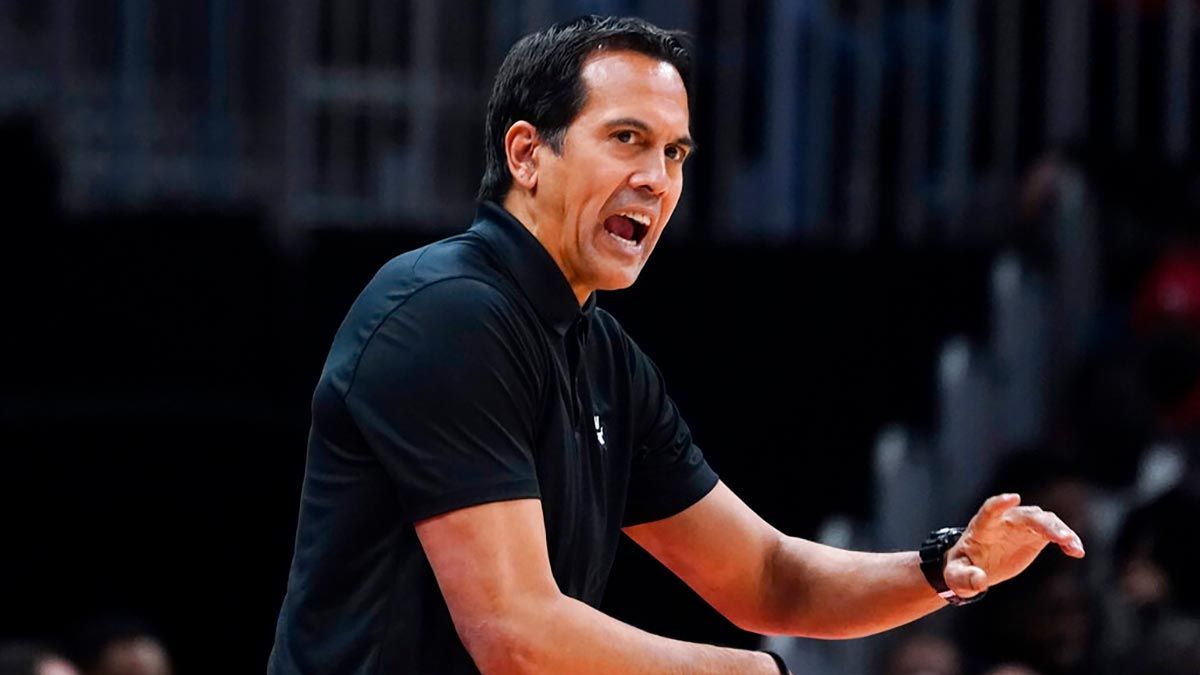 Heat: C Dewayne Dedmon (left knee sprain) returned after missing seven games. ... F Markieff Morris was held out after entering the health and safety protocols on Monday. ... C Omer Yurtseven had 13 points and 10 rebounds, ending his streak of four games with at least 16 rebounds. The rookie has double-figure rebounds in 12 consecutive games.

Hawks: C Clint Capela (left ankle sprain) and F Cam Reddish (right ankle sprain) were unavailable. ... Capela ranks third in the NBA with 13.1 rebounds per game, and he left a void as Miami claimed a 54-37 advantage on the boards. ... F Jalen Johnson was inactive after being recalled from the G League College Park Skyhawks. G Skylar Mays was transferred to College Park.

Only two days after the season's first meeting between the Southeast Division rivals, Miami returns home to host Atlanta on Friday night.