JERRY Sloan walked up the steps to the stage at the Basketball Hall of Fame to give his enshrinement speech in 2009, almost as if he were dreading what the next few minutes would bring.

He never wanted the spotlight.

"This is pretty tough for me," Sloan said that night.

Talking about himself, that wasn't easy. But basketball, he always made that seem simple.

Sloan, who spent 23 years as coach of the Utah Jazz and took the team to the NBA Finals in 1997 and 1998, died on Friday at 78. The team said that for four years he had Parkinson's disease and Lewy body dementia.

Sloan presided over the glory days of the John Stockton and Karl Malone pick-and-roll-to-perfection era in Salt Lake City. He is fourth on the NBA's victory list.

"Before coming to Utah, I was certainly aware of Coach Sloan and what he meant to the NBA and to the coaching world," Jazz coach Quin Snyder said on Friday. "But, upon living in Utah, I became acutely aware of just how much he truly meant to the state." 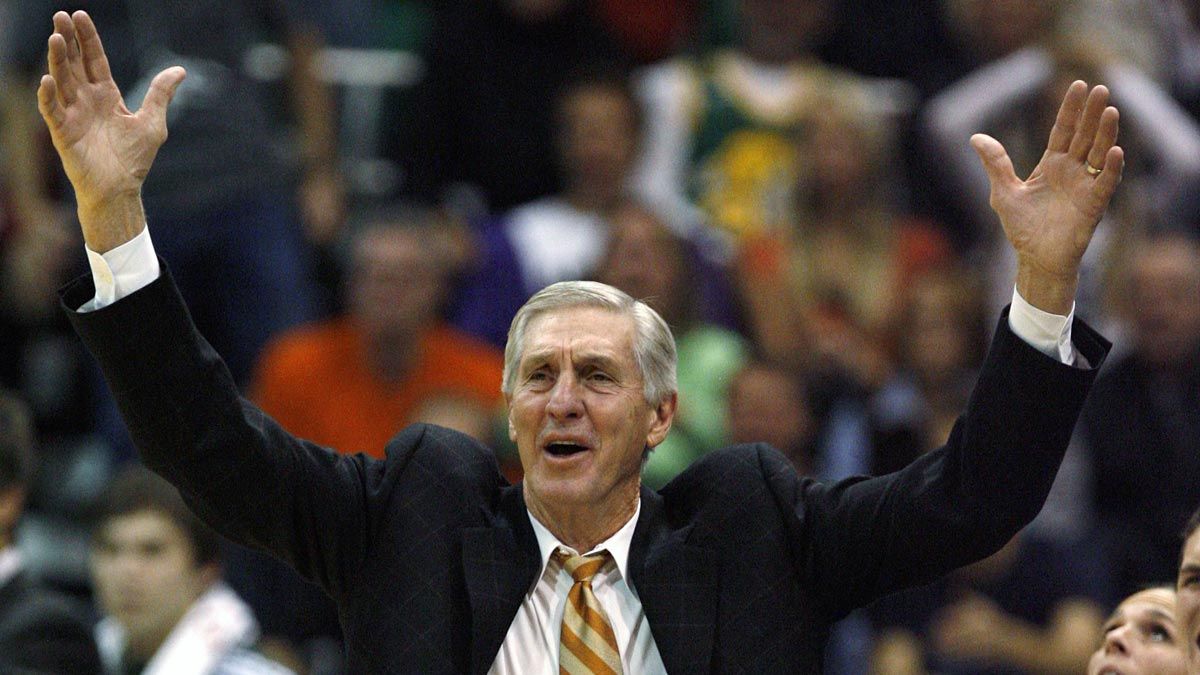 Sloan was a two-time All-Star as a player with the Chicago Bulls, led his alma mater, Evansville, to a pair of NCAA college division national championships and was an assistant coach on the 1996 US Olympic team that won a gold medal at the Atlanta Games. He fell in love with the game as a student in a one-room Illinois schoolhouse, never forgetting his roots.

"His more than 40 years in the NBA also paralleled a period of tremendous growth in the league, a time when we benefited greatly from his humility, kindness, dignity and class," NBA Commissioner Adam Silver said.

Sloan often said numbers meant nothing to him. That's a shame, because he has so many to marvel.

Sloan had 1,221 NBA coaching wins, behind only Lenny Wilkens, Don Nelson and Gregg Popovich. And Sloan's 23 seasons with the Jazz are the second-longest string with one team in NBA history; Popovich is in his 24th season with the San Antonio Spurs.

"We lost one of the giants of basketball, not only of the NBA variety but basketball in general," said longtime NBA executive Rod Thorn, who hired Sloan as coach of the Bulls in 1979. "No one ever played harder. He was a very, very good player and then became one of the top coaches in the history of the NBA."

Out of Sloan's 23 seasons with the Jazz, the team finished below the .500 mark only once. He's one of five coaches to roam the sidelines for at least 2,000 games, and the only one of those five with a winning percentage better than .600.

And he was revered as a player with the Bulls, and his No. 4 jersey was the first retired by the franchise.

"Loyalty was his badge of honor and his no-nonsense approach to competition was perfect for the game," said Miami Heat President Pat Riley, the fellow Hall of Famer who called it a privilege to coach against Sloan. "Jerry will go down in history as one of the most admired great winners and respected teachers of basketball ever." 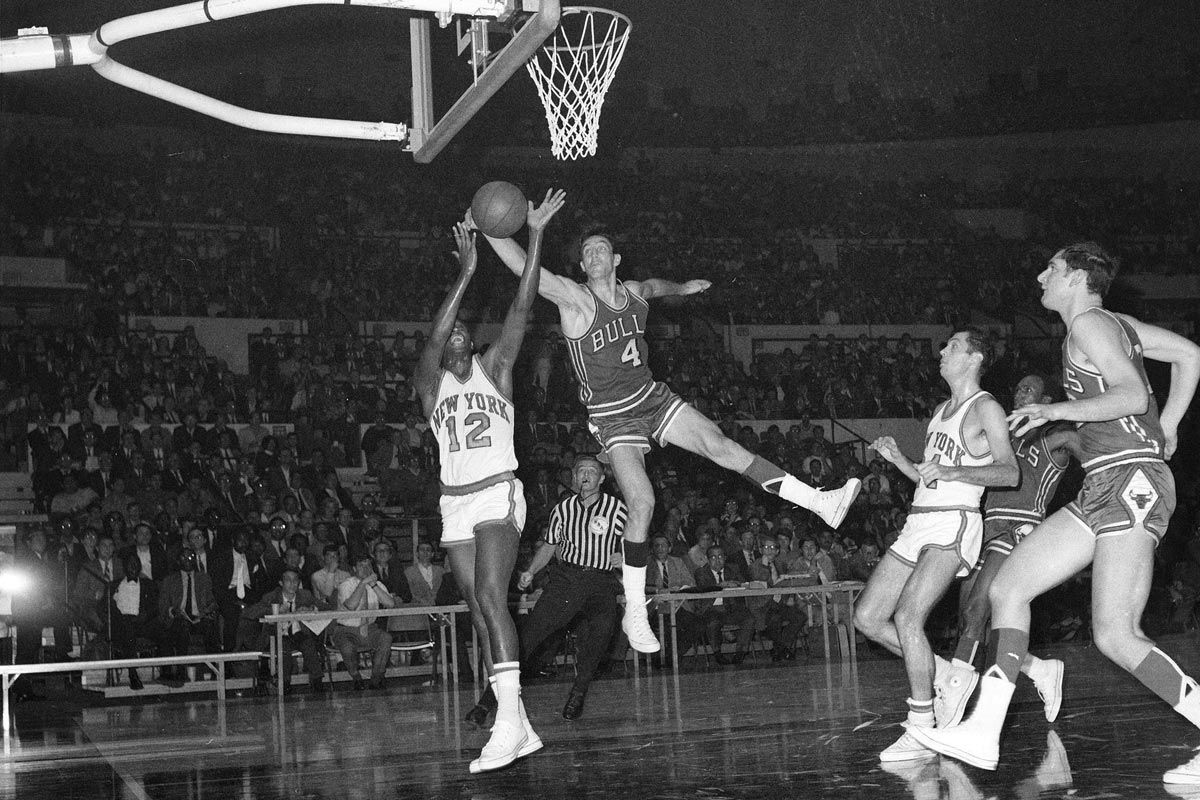 New York Knicks' Dick Barnett (12) and Chicago Bulls' Jerry Sloan (4) go after a rebound in the third period of a game at Madison Square Garden on Oct. 16, 1968.

Sloan spent 34 years in the Jazz organization, as head coach, assistant, scout or senior basketball adviser. Sloan started as a scout, was promoted as an assistant under Frank Layden in 1984 and became the sixth coach in franchise history on Dec. 9, 1988, after Layden resigned.

"Like Stockton and Malone as players, Jerry Sloan epitomized the organization," the Jazz said in a statement. "He will be greatly missed."

Sloan retired as coach of the Jazz abruptly in 2011, amid reports of conflict with Deron Williams, the team's point guard at the time. Williams, in an Instagram post Friday, said he was "blessed" to play for Sloan.

"I know things didn't end well between us in Utah, however I'm glad that i got the chance to sit down with him before it was too late," Williams wrote. "Definitely something that would have haunted me for the rest of my life."

Sloan was the coach at Evansville for all of five days in 1977. He then made an arduous — and fateful — decision.

He was going to take over for his college coach, Arad McCutcheon, who was retiring. Sloan signed a contract but backed out quickly, citing undisclosed personal reasons. Later that year, a plane carrying the Evansville team and coaches crashed, killing all 29 people aboard.

Had he not left Evansville, Sloan could have easily been on that plane. And he thought about that countless times over the next four decades.

"That incident on December the 13th, 1977, made me realize that there are a lot more things more important than basketball," Sloan said in 2009. "Even though I love this game, I will always be grateful for what it's given me." 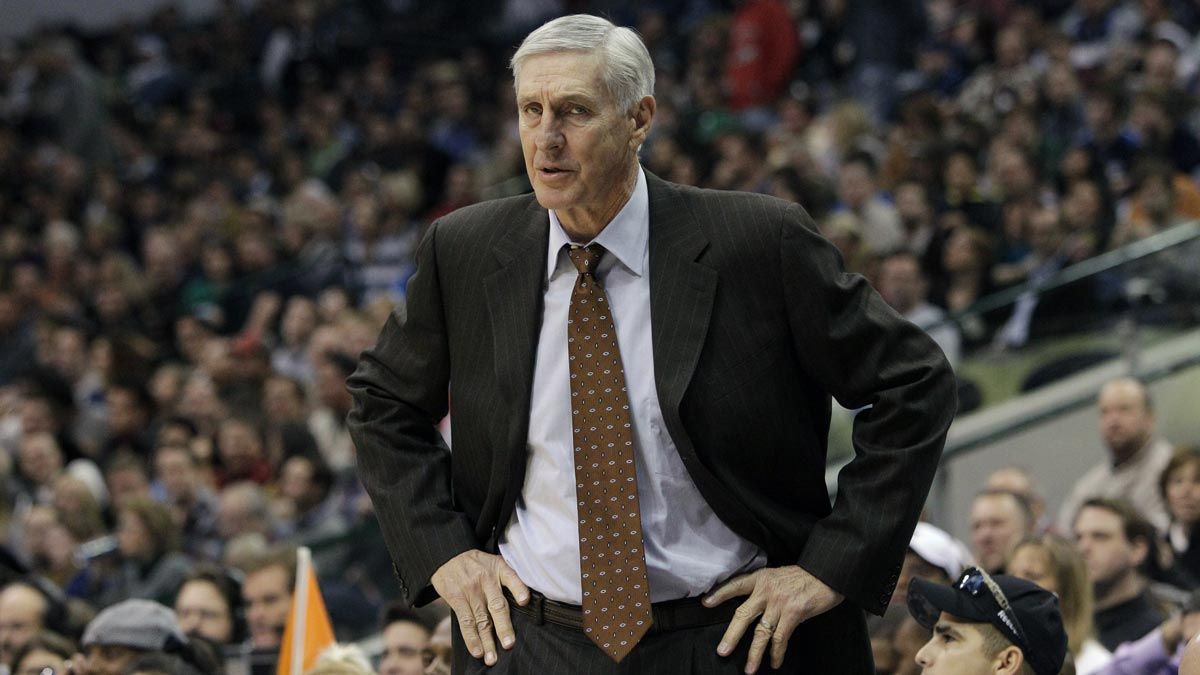 Sloan's longevity with the Jazz was remarkable. During his time in Utah, going 1,127-682 in regular seasons, there were 245 coaching changes around the league and five teams — Charlotte, Memphis, Toronto, Orlando and Minnesota — did not even exist when he started with the Jazz.

Fellow coaches raved about him. The majority of George Karl's coaching career overlapped with Sloan's, and Karl simply adored his rival.

"What I admired about him, is he was a friend to all coaches," Karl said. "He stood up for coaches. ... He was a man that stated his opinion, didn't mind being overly aggressive with referees and many times got thrown out because of it. But if he thought he was being wronged, he stood up for himself. I admired that."

He coached Chicago for parts of three seasons, going 94-121. His playing career there was cut short by knee issues, and he averaged 14.0 points, 7.4 rebounds and 2.5 assists in 755 games.

They called Sloan "The Original Bull" because he was selected in the 1966 expansion draft and became known for his toughness and grit. He remains the only NBA player to average more than seven rebounds and more than two steals a game in his career.

Jerry Reinsdorf called Sloan "the face of the Bulls organization from its inception through the mid-1970s."

"A great player and a Hall of Fame NBA coach," the Bulls chairman said Friday. "Most importantly, Jerry was a great person."

AP Sports Writers Pat Graham in Denver and Andrew Seligman in Chicago contributed to this report.