Bogdan Bogdanovic had 18 points and John Collins added 15 in helping Atlanta to just its second road win this season. Clint Capela finished with 11 points and 13 rebounds.

"We were just playing fast and just having fun," Young said. "The whole bench was engaged the whole time, whether it was the starters in or the second unit in. We were just all engaged, and we all wanted to win. The main focus coming in tonight was just breaking that streak of losing on the road."

The Spurs were facing their second straight opponent on an extended winning streak. Phoenix beat San Antonio on Monday for its 13th straight win.

"Our defense let us down," San Antonio coach Gregg Popovich said. "We were pretty poor defensively, and Trae Young was super. The Hawks executed. They got everything they wanted. They deserve credit for that."

Atlanta (10-9) rose above .500 for the first time since Nov. 1. The Hawks lost six straight after beating Washington for a 4-3 record.

"They were doing a little bit of switching," Young said. "We were just trying to find the mismatch. Really just attack and get to the rim."

The Hawks extended the lead to 89-69 on consecutive 3-pointers by Young and Kevin Huerter, and a 21-footer by Bogdanovic.

Huerter was one of eight players in double figures for Atlanta, finishing with 10 points.

"I like our execution, I like our patience (and our) ball movement tonight," Hawks coach Nate McMillan said. "Had 26 assists. We feel like when we get that type of ball movement, we've got guys that can shoot the ball. They'll put the ball in the hole."

After matching a season low with five 3-pointers against Phoenix, San Antonio had eight 3-pointers in the first half alone.

Murray was 9 for 18 from the field, including a career-high four 3-pointers. 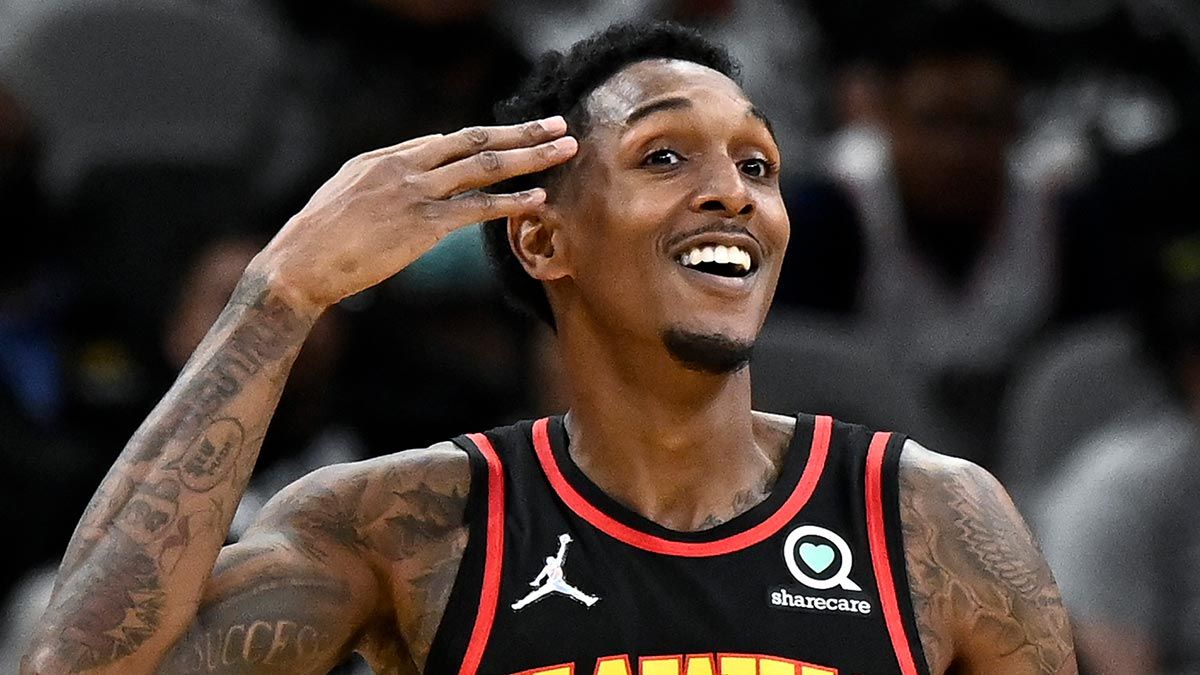 Lou Williams has 12 points and seven other Hawks score in double figures.

Hawks: Atlanta is the fourth team to build a 20-point lead against San Antonio this season. … The Hawks entered the game third in the league in 3-point percentage, shooting 36.7% as a team. Atlanta shot 46% (12 for 26) on 3s against the Spurs.

Spurs: San Antonio G Devin Vassell exited the game with 1:31 remaining in the third quarter after suffering a bruised right quadricep. … F Doug McDermott sat out his second game with an inflamed right knee. McDermott missed three games earlier this season with a sore right knee. … F Keita Bates-Diop made his second consecutive start in place of McDermott. Bates-Diop has five starts in 116 games during a four-year career. His only previous starts came in his rookie season with Minnesota in 2019. … Jock Landale returned after missing six games due to the league's health and safety protocols. He played the final five minutes, finishing with two points.

Spurs forward Zach Collins has begun on-court work as he rehabilitates from surgery in June to repair a stress fracture in his left foot, his third left ankle surgery in 10 months.

"He started to go on court and shoot a little bit," Popovich said.

Formerly with Portland, Collins signed a three-year deal with the Spurs in the offseason.

He averaged 5.7 points and 4.0 rebounds in four seasons with the Trail Blazers, sitting out all but 11 games in 2020 and missing all last season after undergoing ankle surgery.

"It's still going to take a while," Popovich said. "After Christmas for sure."

Hawks: At the Memphis Grizzlies on Friday.