Giannis Antetokounmpo returned from a one-game absence with a sore left knee to score 25 points for the Bucks, who were attempting to become the first team to begin a season 10-0 since the 2014-15 Golden State Warriors got off to a 24-0 start.

Young, Atlanta's leader in points and assists, missed the game with right shin soreness. Griffin filled in admirably, logging 31 minutes and going 10 of 15 from the field.

Milwaukee's winning streak was tied for the second-longest under fifth-year coach Mike Budenholzer and the longest since winning 18 in a row in 2019-20.

Atlanta took its first lead with 9:20 left in the third quarter when Murray hit a 17-footer that made it 62-60. The Hawks went up by as many as nine twice, the second time when Murray's 17-footer made it 89-80 in the closing seconds of the third.

The Hawks outscored Milwaukee 37-22 in the third. 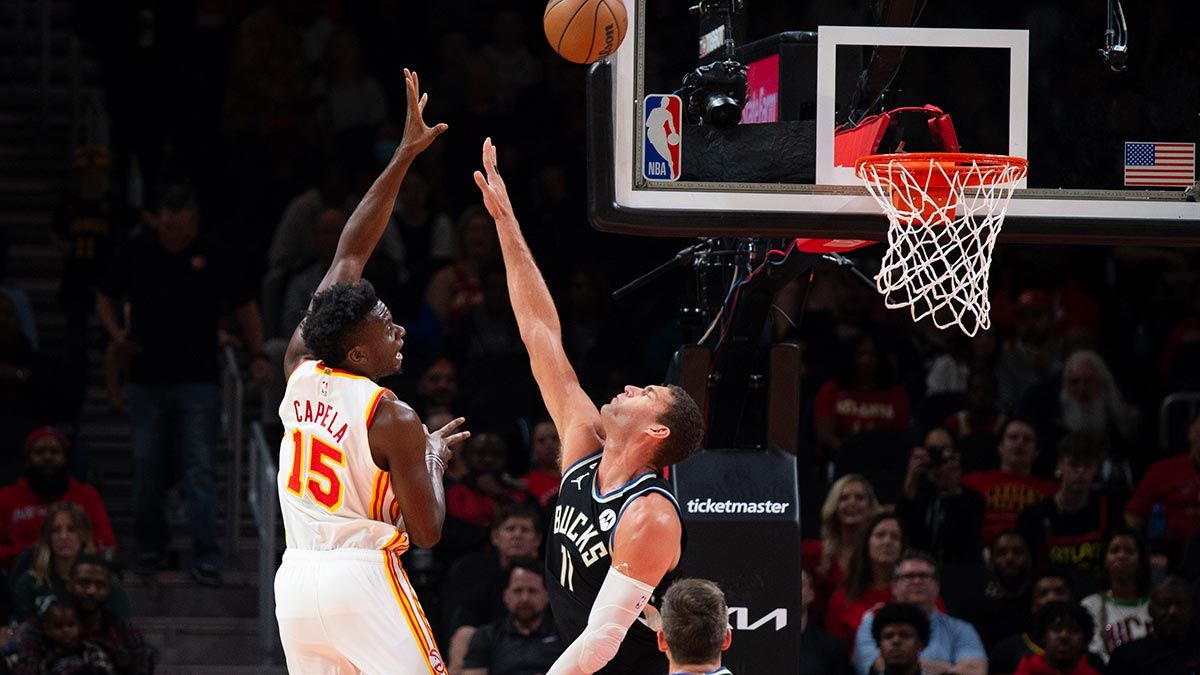 Clint Capela and the Hawks are 4-1 at home.

Brook Lopez hit a 3 midway through the first quarter for the game's first double-digit lead. A third 3 by Grayson Allen made it 21-8, and the Hawks called timeout. Atlanta trailed by as much as 14 in the first half but went on a 21-9 run that trimmed the lead to two on Onyeka Okongwu's baseline jumper midway through the second quarter.

Antetokounmpo followed a couple of possessions later in combining with Jrue Holiday on an alley-oop dunk, and Holiday buried a long jumper to make it 45-39. The Bucks led 58-52 at halftime.

Bucks: Lopez has blocked at least one shot in each game this season. ... Led by three apiece from Allen and Lopez, Milwaukee hit 11 3s in the first half, but the Bucks had just two 3s after intermission. ... F Sandro Mamukelashvili, cleared from concussion protocol, played the final five minutes.

Hawks: Have won four straight at home against Milwaukee. ... Dating to last March 3, the Hawks have scored at least 100 points in 31 consecutive games, the fifth-longest such streak in franchise history. It's the second-longest active streak in the NBA to New Orleans' 36 straight.

This game marked the sixth time that the Holiday brothers have played in the same game. Jrue Holiday dropped to 5-1 in those meetings. Jrue Holiday finished with 16 points for the Bucks. Justin Holiday had 14 for Atlanta. Aaron Holiday started in Young's spot and scored four points.

Bucks: At Oklahoma City on Wednesday.