DETROIT — Trae Young had 38 points and nine assists and the Atlanta Hawks opened the season with a 117-100 victory over the Detroit Pistons on Thursday night (Friday, Manila time).

John Collins added 20 points and 10 rebounds, and Jabari Parker had 18 points. Vince Carter checked in for Atlanta with 6:52 left in the first quarter, becoming the first player to see action in 22 NBA seasons.

Derrick Rose led Detroit with 27 points, and Andre Drummond had 21 points and 12 rebounds. On Wednesday night in Indiana, Drummond had 32 points and 23 rebounds in Detroit's season-opening victory.

The teams played without game and shot clocks for three minutes in the fourth period. The time remaining was announced at each stoppage in play and the shot clock was announced at 10 seconds and counted down from five. The clocks returned to the scoreboard for the final six minutes, but the boards above the baskets remained blank.

Young's four-point play with 3:43 left in the first half gave him 26 points — the highest-scoring half of his career — and put the Hawks up 58-51. Rose, though, scored 15 points in the half and Langston Galloway's late 3-pointer gave Detroit a 63-60 halftime lead. 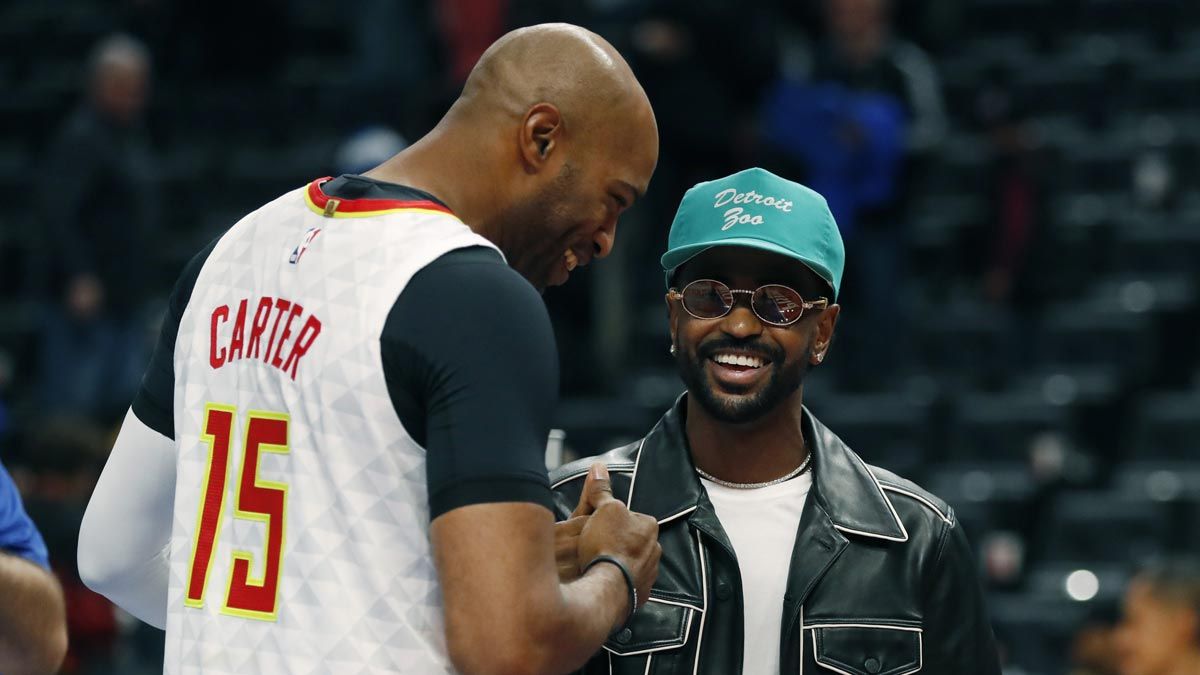 The teams stayed close for most of the quarter, but back-to-back dunks by Parker — one over Thon Maker — put Atlanta up 88-79. Parker added two free throws, giving him 18 points, and the Hawks took a 91-81 lead into the break.

De'Andre Hunter's 3-pointer extended Atlanta's lead to 97-83 with 8:47 to play. Detroit scored the next four points before the game was delayed for several minutes because of the clock failure.

The Pistons narrowed the lead to 98-92, but the Hawks scored the next seven points to take a 13-point lead with 4:47 to play.

Detroit got the margin to single digits, but Young's three-point play with 1:33 wrapped it up.

HAWKS: Carter has played 62 games against Detroit, second only to the 64 he has played against the Boston Celtics. Only 11 players have faced the Pistons more often since the NBA-ABA merger, led by Robert Parish with 90. 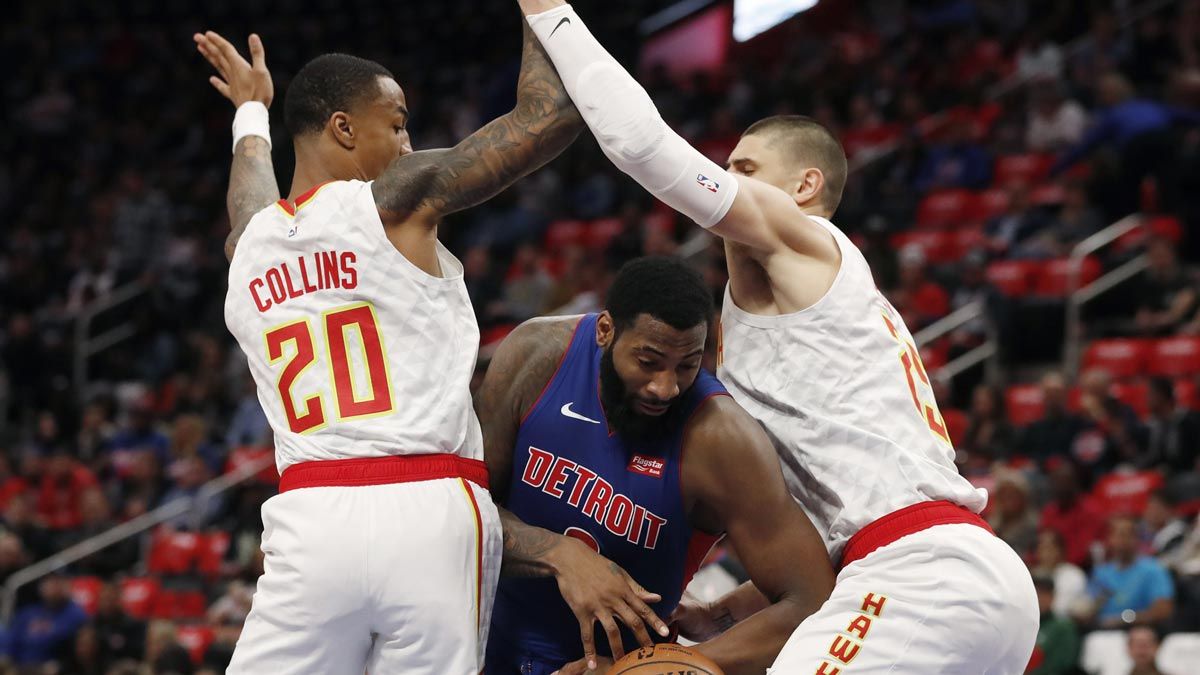 PISTONS: PF Blake Griffin (hamstring/knee) is expected to miss three more games before being evaluated for a possible return. . Pistons PA announcer Mason referred to Markieff Morris as "Marcus" after a third-quarter technical foul. Marcus, Markieff's twin brother, played two seasons with the Pistons before a 2017 trade to the Boston Celtics.