ATLANTA — Trae Young had a career-high 50 points and the Atlanta Hawks scored the last 10 points of the game to beat the Miami Heat 129-124 on Thursday night (Friday, Manila time).

Young made 18 of 19 free throws and 8 of 15 3-pointers to set his scoring high in his first game after starting in the NBA All-Star Game.

Miami has lost five of its last six games.

Kevin Huerter and Hunter each scored 17 points for Atlanta.

Young hit a jumper for Atlanta's first field goal of the final period. On the Hawks' next possession, Young's dribble-fake had Andre Iguodala on his heels, and the guard then sank a long 3-pointer for a 97-all tie. 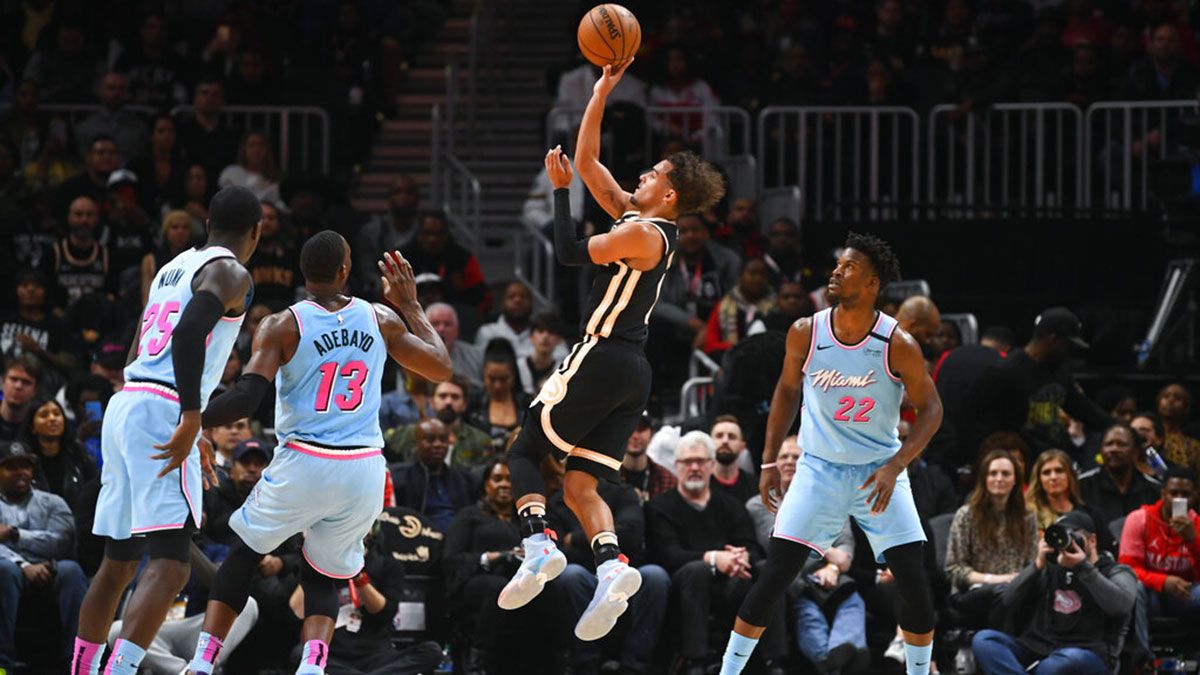 With Hawks fans still buzzing after watching Young's fake move on replays during a timeout, Iguodala answered with back-to-back baskets, including a 3-pointer, as Miami reclaimed the lead.

Young wasn't finished. He kept the Hawks close by scoring 14 of Atlanta's first 18 points of the final period. Young's three-point play tied the game at 119-all.

Miami led 36-32 after the first period before a shooting drought in the second quarter as Atlanta took the lead with a 15-0 run. After trailing 41-37, Atlanta led 52-41 after the run, capped by Hunter's 3-pointer.

Jimmy Butler ended Miami's dry spell with a layup. Dragic, fouled by Jeff Teague with less than a second remaining in the half, made two free throws to give the Heat a 64-63 halftime lead.

Heat: Fresh off winning the All-Star dunk contest, Derrick Jones Jr. was replaced in the starting lineup by Jae Crowder. The move was part of a roster adjustment with C Meyers Leonard (left ankle sprain) held out.

Hawks: Young's previous high mark was 47 points at Indiana on Nov. 29. ... C Clint Capela (plantar fasciitis) has started some shooting practice and his recovery will be evaluated in two weeks. Capela and F Skal Labissiere (left knee) were acquired at this month's trade deadline. Labissiere also will evaluated in two weeks. ... Huerter's status was in doubt until pregame warmups following his allergic reaction to a meal.