SAN ANTONIO — Karl-Anthony Towns had a career-high 60 points — the most scored in the NBA this season — and the Minnesota Timberwolves outlasted the San Antonio Spurs, 149-139, on Monday night (Tuesday, Manila time).

Minnesota's 7-foot All-Star capped his dazzling performance by draining a 3-pointer with 1:39 remaining, shortly after making one of two free throws to reach 57 points.

San Antonio has lost two straight since Gregg Popovich earned his 1,336th career victory to become the winningest coach in NBA history. The Spurs have dropped seven of nine and are 2-3 during a seven-game homestand, their longest of the season.

The teams combined for 148 points in the first half, shooting 58 for 100 while playing at a frenzied pace.

San Antonio opened the game 4 for 5 on 3-pointers but Minnesota shot 75% from the field during the first seven minutes of the opening quarter.

Towns had 14 points and five rebounds while playing the entire first quarter against Jakob Poeltl and Zach Collins.

The game got chippy in the third with Wolves guard Patrick Beverley getting entangled with Murray and Collins on separate possessions. The skirmishes fueled a 16-7 run for the Wolves that gave them a 112-99 lead with 2:30 remaining in the quarter.

Towns had 56 points through the first three quarters. He sat down with 6:34 remaining in the final period shortly after picking up his fourth and fifth fouls within 45 seconds, but returned to the floor with three minutes remaining to set his career high. 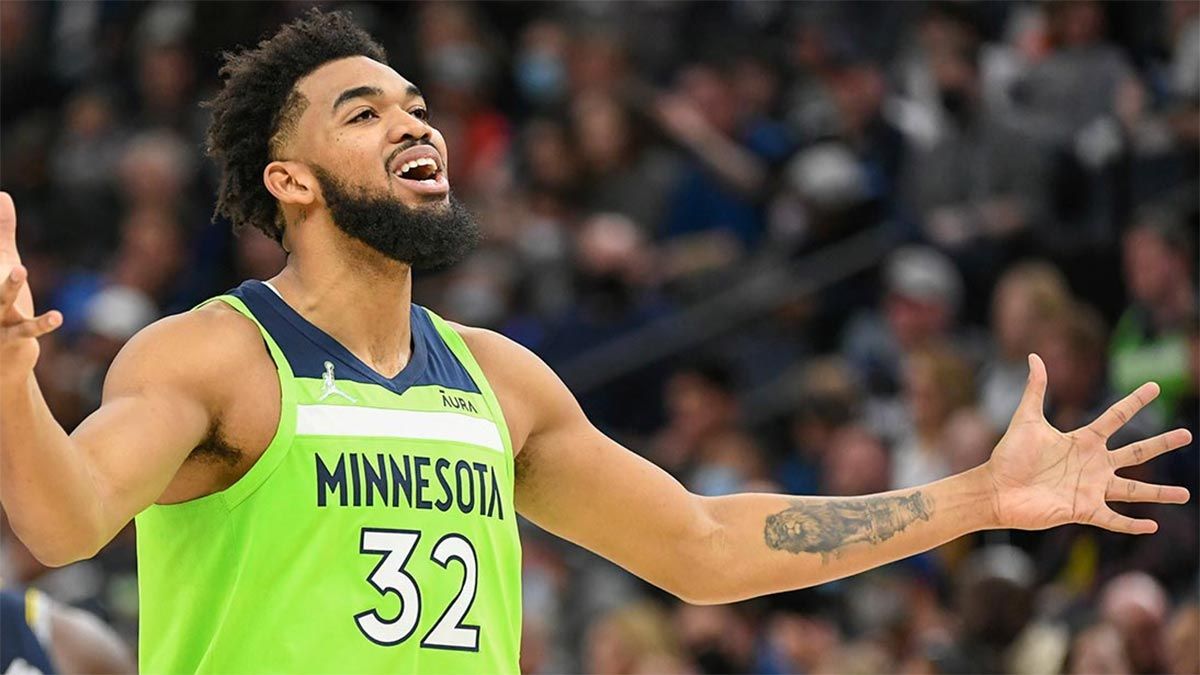 Karl-Anthony Towns surpasses the 56 points of LeBron James and Trae Young this season.

Timberwolves: Anthony Edwards had five points in 30 minutes after being listed as probable due to a tendinopathy. … Towns' foul on Poeltl in the third quarter was upgraded to a flagrant 1 after video review. … Towns also inadvertently elbowed teammate Taurean Prince on the bridge of the nose late in the first quarter after both attempted to rebound a missed 3-pointer by Josh Primo. Prince sat on the court for a minute clutching at his nose but remained in the game following a timeout. … Beverley started the game and had 20 points in 30 minutes after being questionable due to an ear injury.

Spurs: Murray is the first player in franchise history with 1,000 points, 500 rebounds and 500 assists in a single season. … Johnson joined Kawhi Leonard as the only players in franchise history with 1,000 points, 400 rebounds and 125 3-pointers in a single season. … Doug McDermott missed the game after spraining his right ankle Saturday in the first half of San Antonio's 11-point loss to Indiana. Popovich is unsure how long McDermott will be sidelined, but said he is out "for a while." … Keita Bates-Diop sat out with back soreness after playing eight minutes against the Pacers. He has missed four of five games. … Romeo Langford did not play due to a strained right hamstring.