MINNEAPOLIS — Karl-Anthony Towns had 17 points and 16 rebounds, while D'Angelo Russell struggled on 3-of-12 shooting in their return to the lineup for the Minnesota Timberwolves in a 98-90 win against the Oklahoma City Thunder on Wednesday night (Thursday, Manila time).

Anthony Edwards scored 22 points for Minnesota, which was finally at full strength for the first time since Edwards and Taurean Prince went into the NBA's health and safety protocols on Dec. 17. Hit hard by COVID-19, the Timberwolves had their preferred starting lineup together for the first time in 10 games.

Towns had missed six games and Russell sat out five while in the protocols.

"Man, we played bad today," Edwards said. "That was it. We played bad, today. It's all good, though. We came out with the win. That's all that matters."

Shai Gilgeous-Alexander had 19 points in his return for Oklahoma City after missing one game in the protocols. Josh Giddey, who became the youngest player in league history with a triple-double in the Thunder's last game, had 14 points, 15 rebounds and six assists.

"We knew getting guys back acclimated was going to take a minute or two during the game," Oklahoma City acting coach Mike Wilks said. "The thing that I saw from (Gilgeous-Alexander) as well as the rest of the team was togetherness. They stayed together. They kept fighting. Even when we got down big in the first quarter, the huddle was positive."

Minnesota's starting lineup didn't show any rust early. It had to hold on late.

The Thunder recovered from a 21-point deficit to close within two midway through the fourth quarter. Gilgeous-Alexander got the comeback started as Oklahoma City went on a 20-8 run and Giddey knocked down two 3-pointers to cut the lead to 79-77.

Nursing an 85-83 advantage, Minnesota went on a 9-0 run with four points from reserve guard Jaylen Nowell and held on to win the first of two straight meetings between the teams.

"I think it was one of those typical games where you start well and lose focus," Timberwolves coach Chris Finch said. "And then when you lose focus, you lose intensity and purpose. And that's what happened."

The starting unit had the Timberwolves out to a 16-4 lead on 6-of-8 shooting to open the game, including a pair of 3-pointers by Patrick Beverley. Minnesota led by as many as 20 in the first as Oklahoma City struggled to its worst quarter of the season.

The Thunder scored a season-low 10 points, shot 3 of 16 and committed 10 turnovers in the first.

"That's growth as far as like from last year," Edwards said. "Because last year we'd get a lead, and a team would come back and beat us every time. Every single time. It was like, we've got to find a way to close games out. We almost let this one slip. But big-time game from Jaylen Nowell, big-time game from Pat, (Jarred Vanderbilt) came in, played big. Know what I'm saying? They helped for sure." 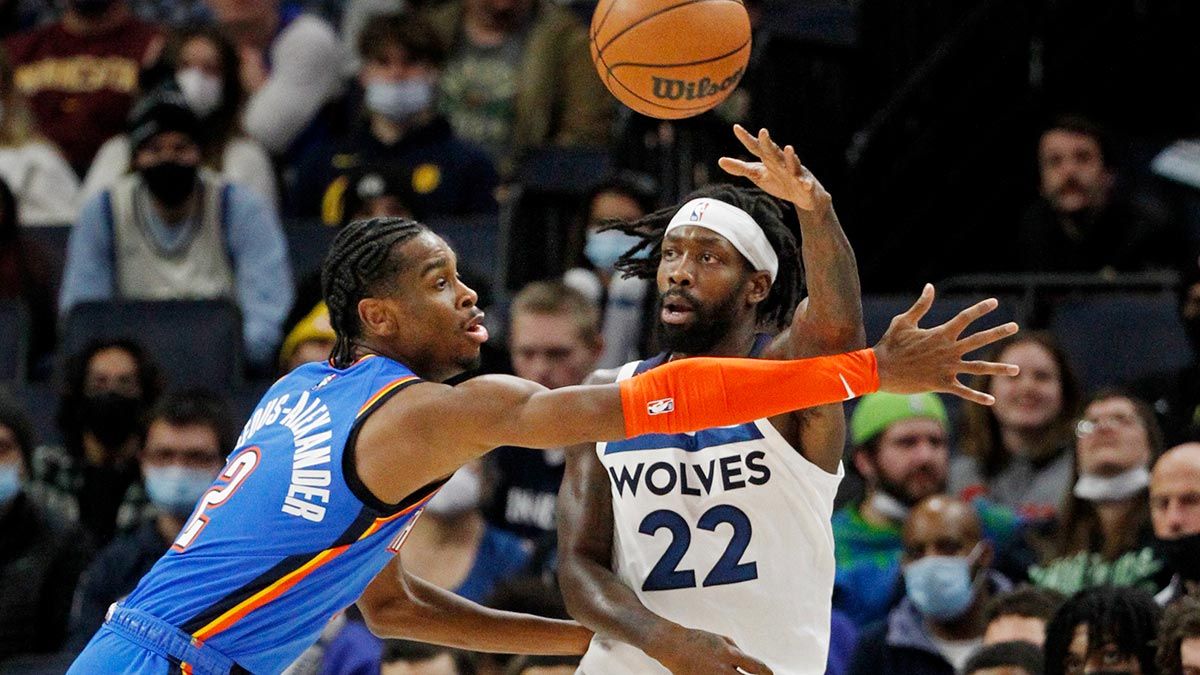 Patrick Beverley scores 20 on 6 of 11 shooting in 26 minutes of action. PHOTO: AP

The Thunder welcomed Gilgeous-Alexander, Jeremiah Robinson-Earl, Darius Bazley and Tre Mann back from the health and safety protocols, but C Isaiah Roby was added to the protocols. Robinson-Earl, who missed four games, flew to meet the team in Minnesota and was back in the starting lineup.

"I think guys were trying to find their rhythm a little bit," Wilks said. "But overall, I thought they did a pretty good job considering the situation. Teammates were encouraging with them."

Thunder: Derrick Favors was out of the protocols after missing one game, but was held out Wednesday with lower back soreness. … Luguentz Dort missed his second straight game with left knee soreness. … Oklahoma City used its 15th starting lineup in 37 games this season.

Timberwolves: The lineup of Towns, Edwards, Russell, Beverley and Vanderbilt is Minnesota's most-used starting unit. The team is 9-2 in games started by that quintet. Each of the five players missed time while in the protocols. … Wednesday marked the seventh time the Wolves have held an opponent to 10 points or less in the first quarter.

The teams finish a home-and-home series Friday in Oklahoma City.