MINNEAPOLIS — Karl-Anthony Towns had 26 points and 11 rebounds to lead the Minnesota Timberwolves to a 119-99 victory over the worn-out Golden State Warriors, who played without star Steph Curry on Sunday night (Monday, Manila time).

Jaylen Nowell scored 17 points and Malik Beasley added in 16 on five second-half 3-pointers on an especially productive night for the reserves. The Timberwolves outscored a Warriors team wrapping up a four-game trip 40-19 in the last 16 minutes.

Jordan Poole scored 20 points and Jonathan Kuminga had 19 points for the Warriors. They played again without Draymond Green and lost for the fifth time in seven games.

Even without having to guard Curry, who hurt his right hand on Friday, this was a measuring-stick game for a Timberwolves team that has made noticeable progress under coach Chris Finch — particularly on defense — but still has plenty of room to mature into a consistent winner.

Having confidently and deftly climbed back to the top of the Western Conference, after missing the playoffs in each of the last two seasons on the heels of their five straight appearances in the NBA Finals, the Warriors have the second-best record in the league — 2 1/2 games behind Pacific Division rival Phoenix.

The Warriors broke a four-game road losing streak in a big way Friday with their largest margin of victory of the season, over Eastern Conference-leading Chicago no less. Still, they remain in a bit of a rut without Green and working Klay Thompson back into action after 2 1/2 years away.

The rookie Kuminga and veteran Otto Porter Jr. have taken on larger roles in the frontcourt, alongside Kevon Looney. The Warriors made Towns earn it early, but he finished 8 for 10 as the ball began to move more after starting 3 for 10.

Thompson hit a 3-pointer from the corner right before the half to cut Minnesota's lead to 56-53, but a replay review determined he stepped out of bounds before the shot so the deficit for Golden State went back to six points at the break.

Andrew Wiggins had eight points in the third quarter to give the Warriors a spark and their first lead at 64-62 — on a fast break layup right after he drained a 3-pointer — since 18-17 late in the first.

The crowd came to life when Anthony Edwards, who had a quiet nine points, drove from the arc to the hoop for a soaring dunk and an 81-80 edge the Wolves kept for good.

Beasley stayed hot after that. Towns put the exclamation point on the third quarter when he scooped up an air-balled 3-pointer by Taurean Prince and flicked it off the backboard in the same motion with 1.1 seconds left for a 91-81 lead.

WORKING HIS WAY BACK

The return of Thompson last week from his latest injury, a torn Achilles tendon, gave the Warriors a midseason energy boost that's being doled out in moderation. Thompson, who rested on Friday after playing 20 minutes the night before, had 13 points in 23 minutes on 5-for-14 shooting. 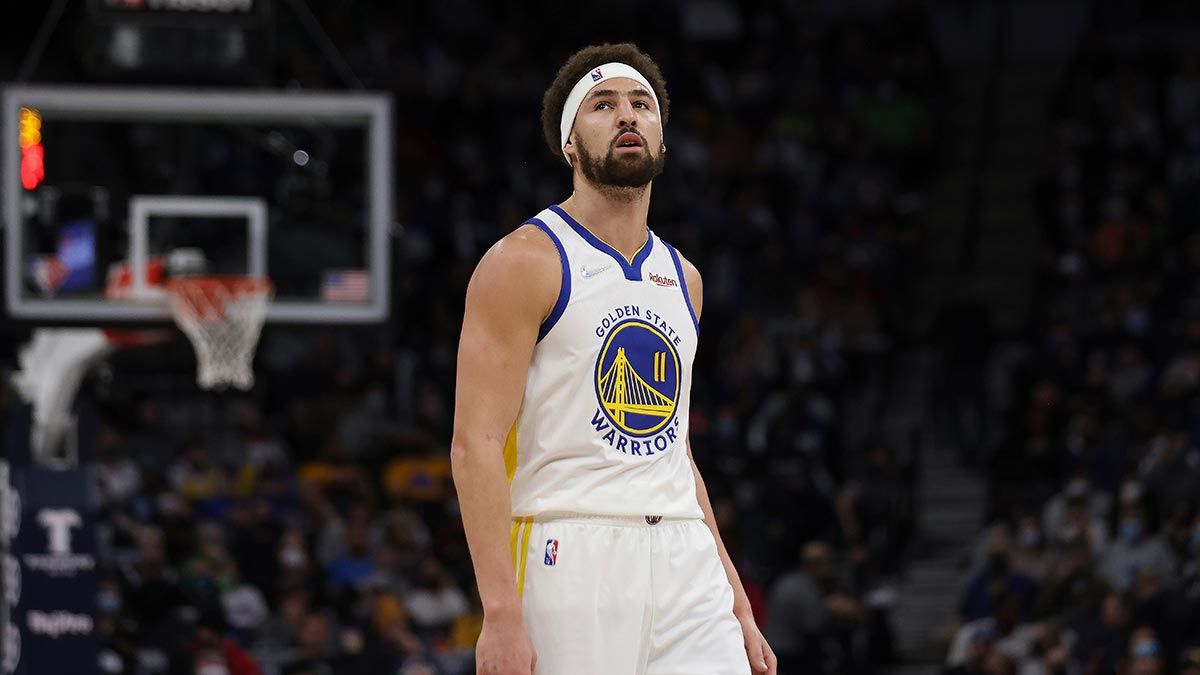 Green missed his fourth straight game with tightness in his left calf, and the Warriors announced he'll be sidelined for at least another two weeks before another evaluation. His injury has been determined to be tied to a disc issue in his lower back, and coach Steve Kerr said he believes a cautious approach will suit the team and the 10th-year veteran best.

On the brighter side, Curry avoided a serious injury, experiencing only soreness after falling hard on his right hand on Friday. He headed home early for treatment and has a chance to play on Tuesday.

Timberwolves: Backup point guard Jordan McLaughlin became the latest player to entered the COVID-19 health and safety protocols. ... Towns posted 20-plus points and 10-plus rebounds for the 14th time this season.

Warriors: Host Detroit on Tuesday night to start a seven-game homestand. They're 18-3 at Chase Arena this season.

Timberwolves: At New York on Tuesday night. They're in a four-week stretch from Dec. 31-Jan. 28 with 12 of their 15 games on the road.