MILWAUKEE — After a bumpy beginning to their postseason, the defending champion Milwaukee Bucks rediscovered their championship form in plenty of time to dispose of the Chicago Bulls in their opening-round series.

They likely won't make it past the next round unless they're playing at this level right from the start.

The Bucks next face the sizzling Boston Celtics, who swept the Brooklyn Nets in the opening round. Their Eastern Conference semifinal matchup begins on Sunday in Boston (Monday, Manila time).

"They're the hottest team in the league," Bucks coach Mike Budenholzer said after the Bucks' 116-100 series-clinching Game Five victory over the Chicago Bulls. "You'd have to be in a cave to not know they're winning every game. They're the best defense in the league, got great players, great coaching."

The Bucks don't expect to have three-time All-Star forward Khris Middleton available for the start of the series.

Middleton sprained the medial collateral ligament in his left knee in Game Two of the Bulls series and said Friday he hoped to return in two weeks. That timeline would signal a potential return in Game Three of the Celtics series May 7 in Milwaukee.

The Bucks twice rallied from a 2-0 deficit to win a playoff series during their title run last season, but they can't count on that happening again. That means the Bucks must try to continue performing as well without Middleton as they did in the final three games against the Bulls.

Milwaukee didn't look particularly sharp in a 93-86 Game One victory and a 114-110 Game Two loss, but the Bucks won the next three games by an average of 23.3 points. The Bucks took command of the series by relying on their defense.

"Obviously we don't know how many points we're going to score with Khris — one of our best scorers — being out," Bucks forward Giannis Antetokounmpo said. "In order for us to win games, we've got to play defense. We've got to get down, have that individual pride, try to keep the guy in front of us from scoring. And at the end of the day, we've got to do it together." 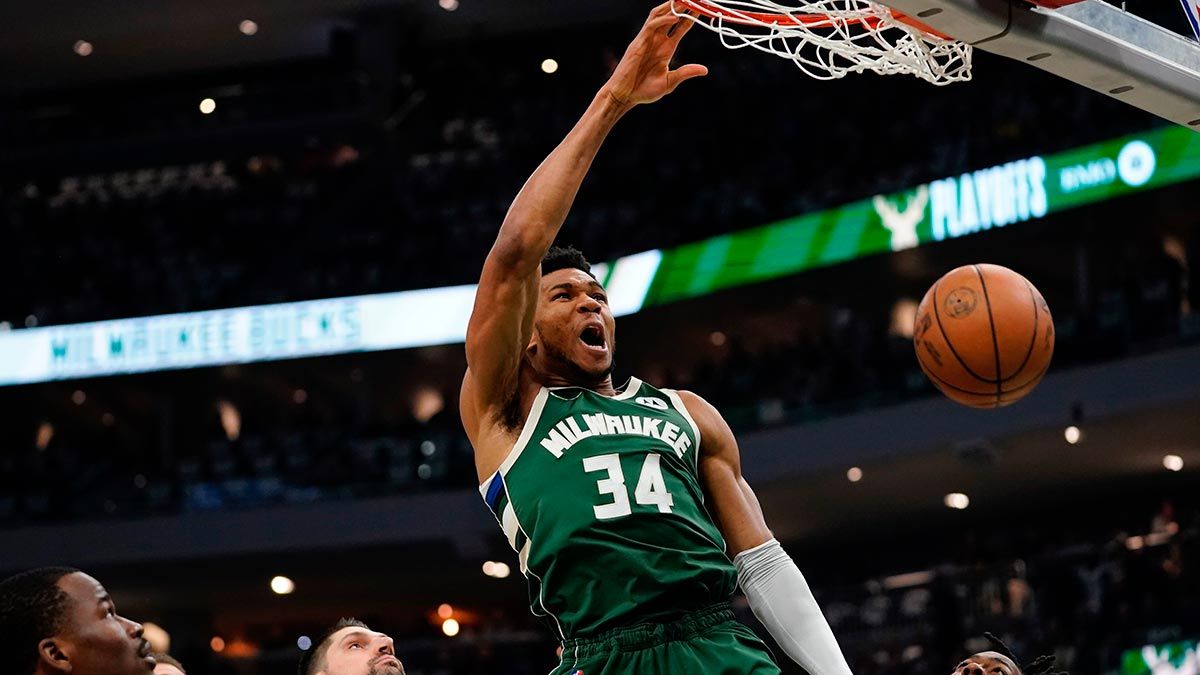 Giannis Antetokounmpo and the third-seeded Bucks face No. 2 Celtics.

Defense had been a relative weakness for Milwaukee during the regular season, but it was no problem at all against the Bulls.

The Bulls exceeded the 100-point mark in just one of the five games and shot below 40% three times.

Milwaukee also needs Antetokounmpo and the players surrounding him to play as well as they did against Chicago.

Antetokounmpo averaged 28.6 points, 13.4 rebounds and 6.2 assists in the Bulls series. Bobby Portis had four double-doubles and collected a career-high 17 rebounds in Game 5. Grayson Allen had two games of 20-plus points. Jrue Holiday, Brook Lopez and Pat Connaughton each had one game with at least 20 points.

But that came against a Bulls team that was missing Lonzo Ball since January and didn't have either Zach LaVine or Alex Caruso in Game 5. The Celtics are much more dangerous.

The Celtics' sweep of the Nets continued the momentum they established the last few months of the regular season. Boston was below .500 in late January but won 28 of its last 35 regular-season games to finish 51-31 and earn the NBA's No. 2 seed.