Layups, putbacks — shots that are usually automatic for the two-time MVP and reigning NBA champion — bounced fruitlessly away. And the Bucks kept dropping further behind.

"I'd rather miss a bunch of shots and keep playing, keep coming and keep being aggressive ... than go into passive mode," the Bucks star said after the Celtics won Game Seven of the Eastern Conference semifinals, 109-81, on Sunday (Monday, Manila time) to end Milwaukee's hopes of back-to-back titles.

"I can live with that. I can live with giving everything for the game," Antetokounmpo said. "Shots that I usually make weren't going in. But that's basketball. That's sports. ... You've just got to live with it."

One year after leading Milwaukee to the NBA title and being voted finals MVP, Antetokounmpo and the Bucks wilted in the final quarter of their final game. The Greek Freak scored 25 points with 20 rebounds and nine assists in all, but he shot 10 for 26 in the game, missing six of seven shots in the fourth quarter — four of them from inside of six feet.

Asked if his legs were heavy after playing a season-high 43 minutes, nine seconds — including all of the second half until the game was out of reach — Antetokounmpo said: "Legs heavy. Body heavy. Mind heavy. Everything was heavy."

"I was just trying to be aggressive," he added. "At the end of the day, it's Game 7 and I'm not going to hold the ball and not look at the rim."

Antetokounmpo still had a series for the record books, recording a triple-double in Game 1 and missing one in the finale by a single assist. He scored 40 or more points three times, and had 20 rebounds twice.

"The way Giannis evolved throughout this series, the way Giannis played against a very good defensive team, against a lot of good individual defenders, was like another one of those growth moments, growth opportunities," Bucks coach Mike Budenholzer said.

"I thought he was phenomenal. His scoring, his attacking, his playmaking, his unselfishness," he said. "I was beyond impressed."

After winning his first NBA title — and the Bucks' first since Kareem Abdul-Jabbar (then still Lew Alcindor) led them to the championship in 1971 — Antetokounmpo averaged 29.9 points, 11.6 rebounds and 5.8 assists this season. He was second in scoring, sixth in rebounds and third in the MVP voting while leading Milwaukee to 51 wins and a No. 3 seed in the Eastern Conference.

The defending champions eliminated the Bulls in five games and opened a 3-2 lead in the second round. But the Celtics ran away with Game 6 in Milwaukee, and did it again in the clincher. 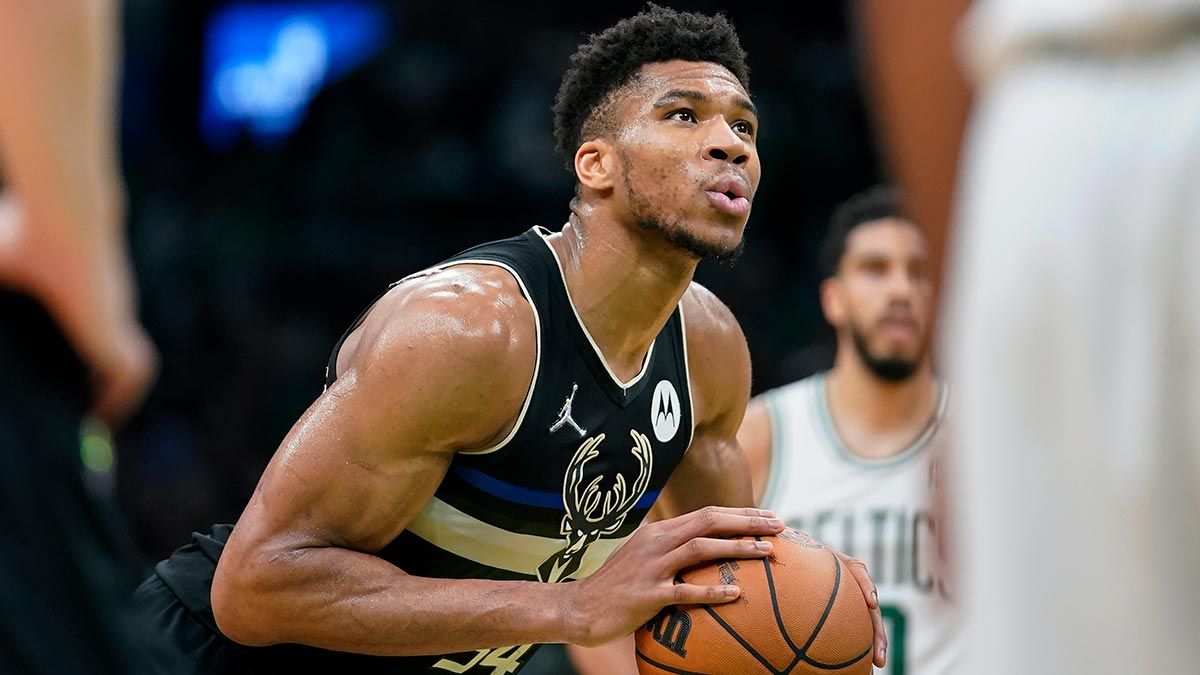 Without No. 2 scorer Khris Middleton, who missed the series with sprained left knee ligaments, Budenholzer relied heavily on his star. Antetokounmpo played 21 of 24 minutes in the first half, all of the third quarter and only came out in the fourth for garbage time.

It was his fourth straight game playing more than 40 minutes.

"We definitely played those guys out for as long and as much as we could. Maybe that had some small impact on it," Budenholzer said. "Some nights the ball, you just can't get it in the basket. ... It would have been great if we'd make a few more, whether it's layups or open 3's and things like that, or shots that were in and out, but that's the sport."