Thunder rally to beat Pistons in battle of struggling teams

Detroit led by 16 in the third quarter and 12 early in the fourth, but the Pistons were outscored 25-8 in the final five minutes of their ninth straight loss.

Gilgeous-Alexander's layup with 3:46 left gave Oklahoma City its first lead of the game, and after Cade Cunningham's miss, Mike Muscala made it 101-97 with a 3-pointer.

Another empty possession by the Pistons led to a three-point play for Dort, giving Oklahoma City a 104-97 advantage with 2:43 to play.

Cunningham had 28 points and 11 rebounds for the Pistons, while Jerami Grant added 20 points.

Cunningham scored nine points in the first five minutes and finished with 15 in the first half. The offensively challenged Pistons shot 49% from the floor, including 52.6% on 3-pointers, to take a 63-50 lead into the half.

Detroit only scored 18 points in the third quarter, turning the ball over seven times, but played enough defense to hang on to a nine-point lead.

Jordan Lyles opened the fourth with a 3-pointer, but the Thunder answered with a nine-point run. Pistons coach Dwane Casey called a timeout with 9:33 left and his team's lead down to 84-81. 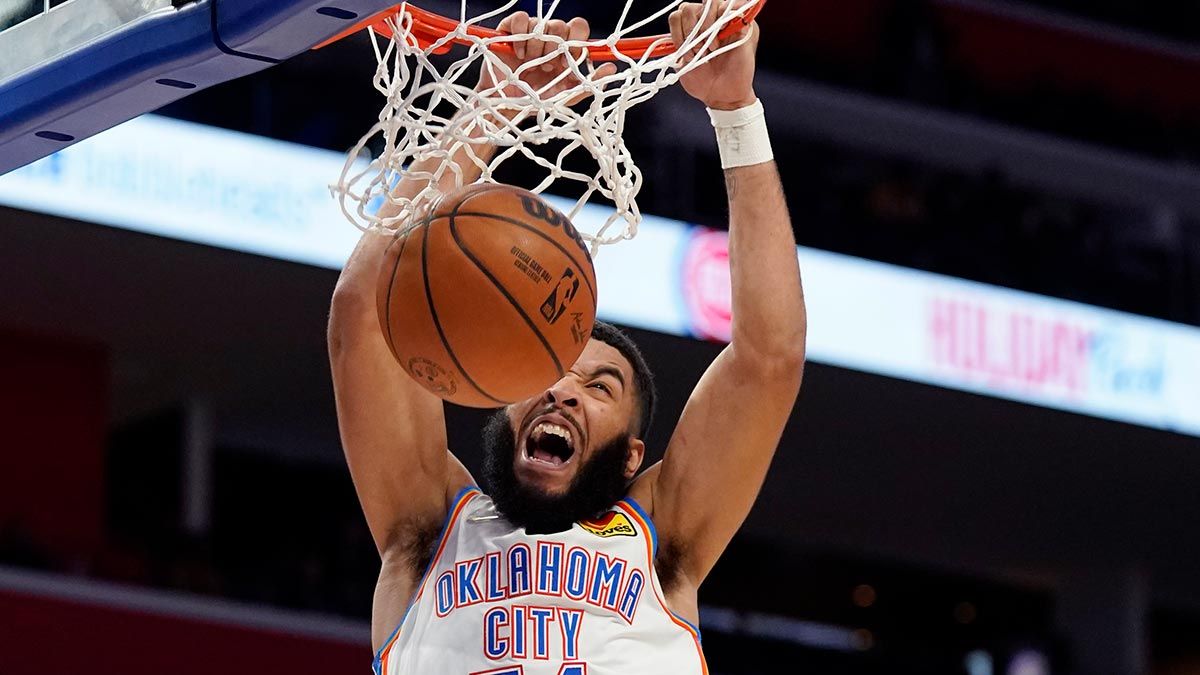 Thunder: Oklahoma City, the fifth-best rebounding team in the NBA, was outrebounded 52-40. The Pistons had 16 offensive rebounds.

Pistons: Detroit came into the game ranked second in the league in bench scoring at 39.4 points per game. However, the Pistons only got 12 points from the bench in the first half.