The Thunder ended a three-game losing streak and bounced back nicely from a 33-point loss to New Orleans two nights earlier. Oklahoma City also avenged a 118-107 home loss against the Magic five nights ago.

Bazley converted a driving, left-handed dunk with 4:37 left to give the Thunder a 99-91 lead, their largest of the night up to that point. Al Horford, who finished with 12 points and six rebounds, drilled a straight-on 3-pointer with 50 seconds to play, sending the Thunder on their way to the second road victory of the season.

Orlando has dropped two straight after starting the season 4-0. Nikola Vucevic scored a season-best 30 points by making 13 of 21 shots, including four 3-pointers. Terrence Ross scored 26 points off the Orlando bench.

The Thunder trailed by seven points in the second quarter but grabbed the lead late in the third and never trailed the rest of the way. They outscored the Magic 22-15 in the fourth period. Orlando shot just 37% from the floor for the game.

For a second straight game, the Magic were without one of their primary backcourt scorers. Ross, the team's leading scorer at 21 points per game, returned following a one-game absence with a hamstring irritation, but Evan Fournier missed Saturday's game with back spasms. 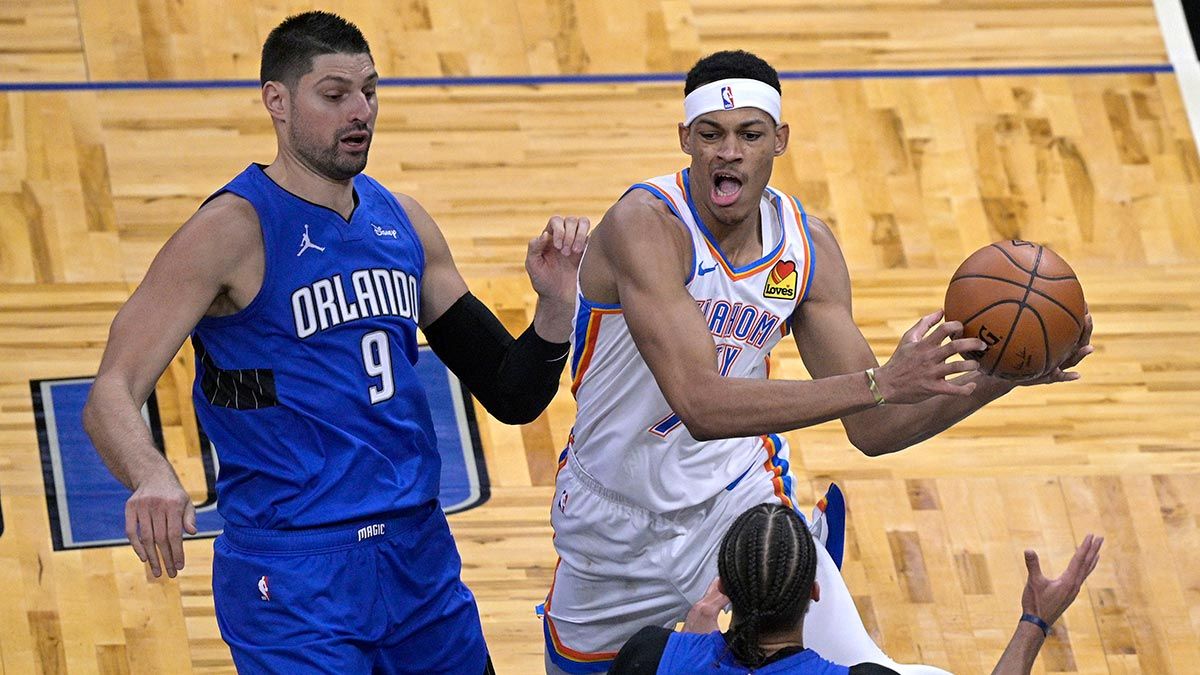 Thunder: Saturday's game was the first stop on a five-game, 10-day road trip for the Thunder. The trip will allow the Thunder to face two teams — Orlando and New Orleans — that they have already lost to this season. ... The Thunder entered Saturday's game ranked 30th in the league in free throw percentage (62.3%), 29th in makes (12) and 28th in attempts (19.3).

Thunder: Play at Miami on Monday.

Magic: Host the Cleveland Cavaliers on Monday. The two teams play again in Orlando on Wednesday.