The heartbreak and promise of the 2021 LA Clippers

LOS ANGELES -- It isn't difficult to imagine an alternate reality in which the Los Angeles Clippers secured their first trip in franchise history to the NBA Finals Wednesday night, rather than enduring the unceremonious 27-point blowout that was their fate.

Sustaining injuries to some of their most critical players--including to the most critical player in Kawhi Leonard--the Clippers spent most of the postseason bucking their organizational reputation for playoff disappointment by overcoming multiple two-game deficits against the Dallas Mavericks and Utah Jazz before finally running out of gas against the Phoenix Suns in the Western Conference Finals.

Yet, even after digging themselves into a 3-1 series hole, with the prospect of Leonard's return growing ever farther into the future, there was a moment in Game 6 in which it appeared Los Angeles retained just enough magic to pull off another comeback.

Down 17 points with just over four minutes remaining in the third quarter, the Clippers unleashed a torrid 10-0 run keyed by a trio of their unsung heroes in Nicolas Batum, DeMarcus Cousins, and Marcus Morris Sr. Cutting off the ball, attacking mismatches and punishing the Suns' defense for slow rotations, the frantic three-minute sequence not only breathed new life into the dormant Staples Center crowd but served as a reminder to everyone watching that these Clippers possessed a well of resiliency that might have been enough to push them to the final round on guile alone.

That is until Chris Paul decided to flip his own playoff narrative with a rescue operation of his own.

Attempting to steady the suddenly staggering Phoenix club, Paul took the ball with just over 90 seconds remaining the third quarter as the Suns clung to a rapidly shrinking seven-point lead. Starting the sequence above the arc with what appeared to be the beginning of a pick-and-roll action with Deandre Ayton, Paul was left wide-open behind the line thanks to a Clippers defense that not only failed to communicate in ensuring a defender switched onto the guard but overcompensated out of the fear of a Deandre Ayton dive towards the basket, with both Batum and Cousins sandwiching the Suns' center as he moved towards the lane.

With Paul having only made two three-point shots throughout the entire series, the overhelp by Los Angeles didn't initially appear to be fatal when considering the reticence the point guard had displayed in taking similar shots in the not-so-recent past.

Unfortunately for the Clippers, CP3 rediscovered his groove at precisely that moment.

Not only did Paul promptly knock down the wide-open shot, but the All-World guard also proceeded to ice his former team all by himself, scoring an insane 25 points on 10-of-12 shooting--including four made three-pointers (!!)--from that moment on.

Watching Paul excise his Staples Center demons with the Clippers looking on mostly helpless, it was easy to lament the string of bad luck that had brought Los Angeles to this moment. 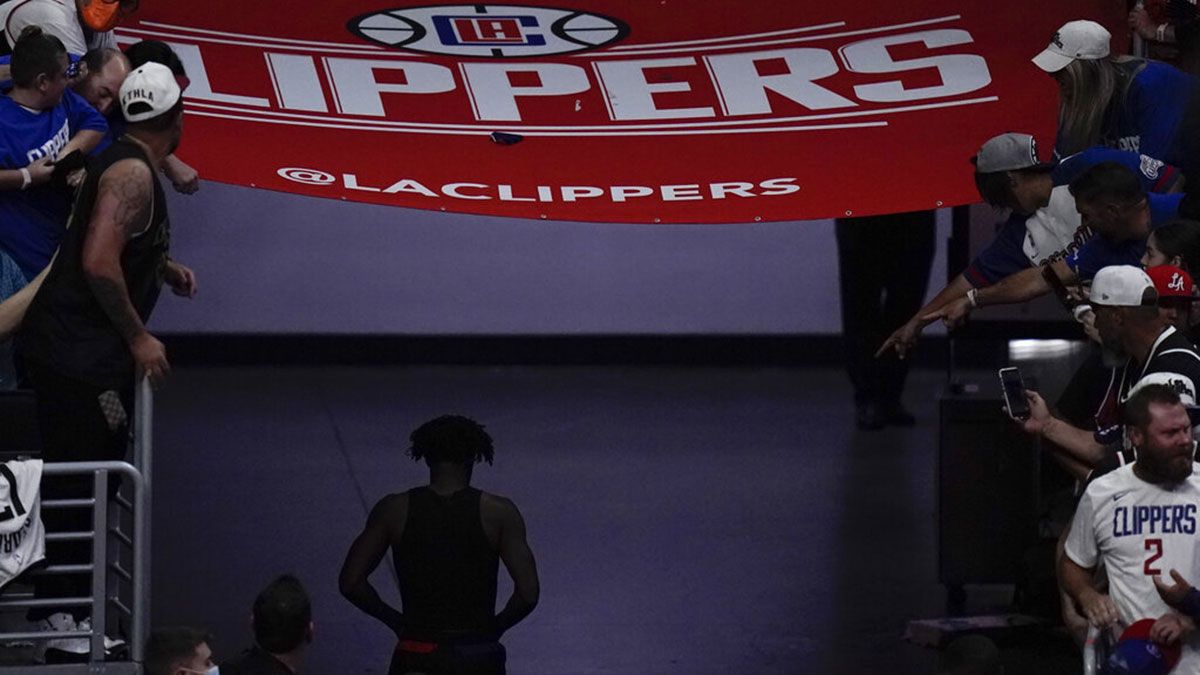 Beyond the injuries to Leonard, Serge Ibaka, and Ivica Zubac--who was sorely missed by the team as Ayton and the Suns bullied LA in the interior--the Clippers could point to their crushing defeat in Game 2 as the defining "what-if" of their season. And if that weren't enough, the memory of the final minutes of Game 4--in which LA missed 10 consecutive field-goal attempts to take the lead--will live on as an exercise in patience for any Clippers fan that was forced to endure it.

Taken together, the bad luck, ill-timing, and offensive futility would seem to fit right in with the franchise's long and sordid history of disappointment.

Yet, that's not how the 2021 Los Angeles Clippers will--or should--be remembered.

Instead, it is entirely possible that what transpired over the last four weeks of playoff basketball in Los Angeles has set the foundation for an organization finally ready to take the next step as legitimate contenders for the Larry O'Brien trophy.

Having possessed the talent needed to compete for a Finals berth in the past, the Clippers were most often undone thanks to a lack of cohesiveness that was startling at times--no more so than during their playoff implosion last year in the bubble. They were failings that were as much a result of a lack of culture as they were strategic decisions--though, to be clear, those weren't exactly great either.

Fast-forward to the end of this season's playoff run, and the Clippers will enter the offseason more certain of their team identity than at any point over the last two years, even as questions surrounding the team's plans in free agency abound.

Not only has Paul George answered for his disappointing performance against the Denver Nuggets last year, but the erstwhile forward has made it abundantly clear that he is capable of being a top contributor for a championship team.

Whereas Reggie Jackson was once a buy-out candidate whose signing was considered a "win" mainly because it kept him from the rival Lakers, the veteran point guard has now established himself as the primary ball-handler the team never knew it needed and one of the most electric offensive performers of the entire postseason.

Where the Clippers front office once hoped to assemble a team that could out-talent its way to the top, the franchise's brass has instead found itself with a squad that is defined by its effort and resolve.

While championship teams are the pinnacle of an organization's success, cherished by fans and teammates alike as the culmination of a long journey, it is most often the squads that precede it that are the most important—enduring the failure and disappointment that not only makes the final victory that much sweeter but imparting the lessons critical to actually scaling the mountain.

That, of course, isn't to say that Los Angeles will not have a tightrope to walk this summer in seeking to duplicate the success from this season.

Among the most challenging problems the team will face during the offseason will be the need to convince Jackson to take the mid-level exception rather than chase a richer pay-day with a squad less capable of competing. Considering Jackson's experience with the Detroit Pistons in precisely this type of scenario, the prospect of basketball irrelevance might not be quite so tempting for the point guard, whatever the offer. Still, the Clippers' Early Bird Rights will limit the team to a max of $10 million, a relatively low figure considering Jackson's heroics.

And then, of course, there is Kawhi Leonard. Operating with the opt-out clause built into the contract he signed with the team before the start of the 2019-2020 season, the always-hard-to-read forward could choose to leave the Clippers, upset because of the inability of the team's medical staff to manage his degenerative knees properly, or because the Los Angeles market has failed to raise his profile markedly.

However, while both situations warrant concern, it isn't that hard to see a path forward in both instances. Jackson's emotional postgame comments Wednesday night seem to speak to a bond and attachment that could survive the questions in free agency. At the same time, a potential departure of Leonard from the Clippers would say more about the former's inability to gel with any team than the latter's organizational prowess.

After spending most of the last four decades mired in irrelevancy, the Los Angeles Clippers refused to cede center stage. Even after their heartbreaking loss, the future of the Clippers has never looked so bright.