WASHINGTON — Terry Rozier scored a season-high 32 points and hit his eighth three-pointer of the game with 12.9 seconds left as the Charlotte Hornets beat the Washington Wizards, 109-103, on Monday night (Tuesday, Manila time).

LaMelo Ball had 28 points and 13 rebounds to help Charlotte win its last six of seven — including two over Washington in the last week.

Montrezl Harrell scored 24 points and had a season-high 18 rebounds for the Wizards, while Kentavious Caldwell-Pope had 17 points, Bradley Beal scored 18 and Kyle Kuzma had 11 points and 13 rebounds.

Miles Bridges then missed a dunk but after a turnover by Harrell, the ball ended up back in Rozier's hands. Rozier, who made his first six 3s of the night, made his last to finish 8 for 11 from beyond the arc.

Charlotte made 15 of 31 three-pointers while Washington, who had a four-game home winning streak snapped, was just 9 of 36. 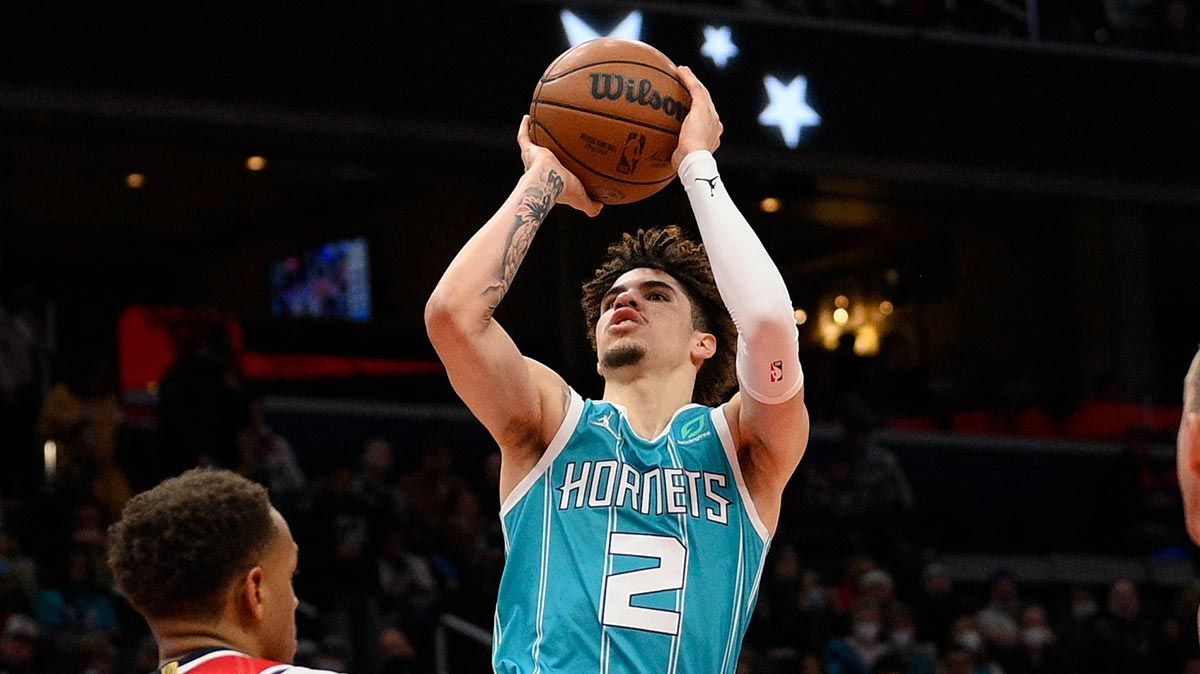 Hornets: Improved to 9-1 when leading after three quarters. … Charlotte shot 9 of 15 from 3 in the first half. ... Seven different players had at least one steal. … P.J. Washington (left elbow hyperextension) was out.

Wizards: Beal swatted a Ball runner out of bounds in the third. The star guards fist-bumped after the play. ... Harrell picked up a technical in the fourth.

Washington Fs Rui Hachimura (personal) and Davis Bertans (left ankle sprain) were assigned to the G-league affiliate Capital City Go-Go on Monday. Coach Wes Unseld Jr. said Bertans, who is averaging 6.1 points and shooting 33 % from 3 in seven games, would travel on the team's upcoming four-game trip. He last played in a 118-111 loss at Atlanta on Nov. 1. Hachimura has yet to play this season after averaging 13.8 points and 5.5 rebounds in 57 games in 2020-21.

Hornets: At Orlando on Wednesday.

Wizards: At New Orleans on Wednesday.