Magic numbers, play-in games and other things to know ahead of NBA restart

THE deals are done. The NBA is coming back. The season will resume on July 30 at Disney's ESPN Wide World of Sports complex in Florida.

Here are 10 things to know about the restarted season:

THERE are six teams in the race for the No. 8 seed in the Western Conference — Memphis, Portland, New Orleans, Sacramento, San Antonio and Phoenix. (Technically, Dallas is also in that race, though the Mavericks need only one win and one Memphis loss to clinch no worse than the No. 7 spot.)

Phoenix doesn't play any of the other five teams in the race for eighth.

The Grizzlies start with a 3 1/2-game lead over Portland, New Orleans and Sacramento, along with a four-game edge on San Antonio. Unless the Grizzlies open up space on all four of those clubs, it seems likely that there will be a best-of-two play-in series for the final spot in the West playoffs and a probable first-round matchup with LeBron James and the Los Angeles Lakers.

The play-in games will take place if the ninth-place team in either conference is within four games of eighth when the seeding round ends.

In the East, it's a bit simpler. No. 7 Brooklyn is six games ahead of Washington and No. 8 Orlando is 5-1/2 games clear of the Wizards in the race to clinch a berth and avoid a play-in series. None of those teams can move past the No. 7 spot on the East bracket. 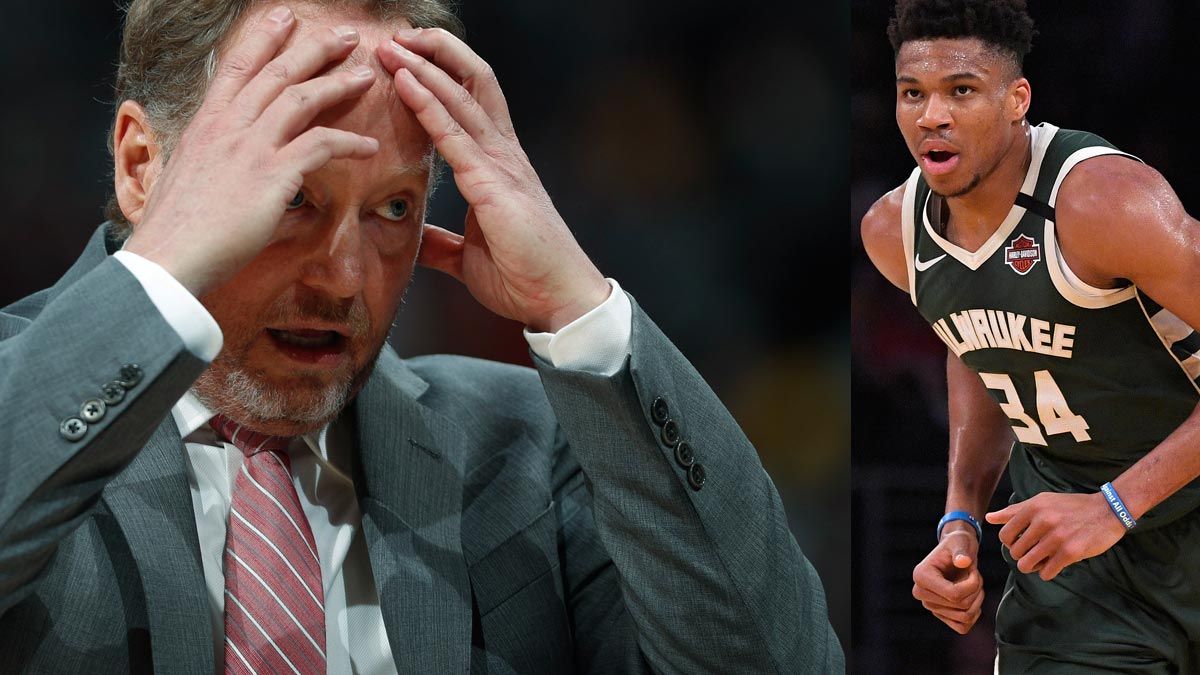 Denver also has a mathematical chance at the No. 1 seed out West — but would need to go 8-0 and have the Lakers go 0-8 for that to happen.

Most of the races at Disney will be for seeding. Milwaukee cannot finish lower than No. 2 in the East and Toronto needs only one win to be assured of a top-four seed. The West can still see some shakeups, with four games separating second place from sixth place and only 2 1/2 games separating fourth place from seventh. 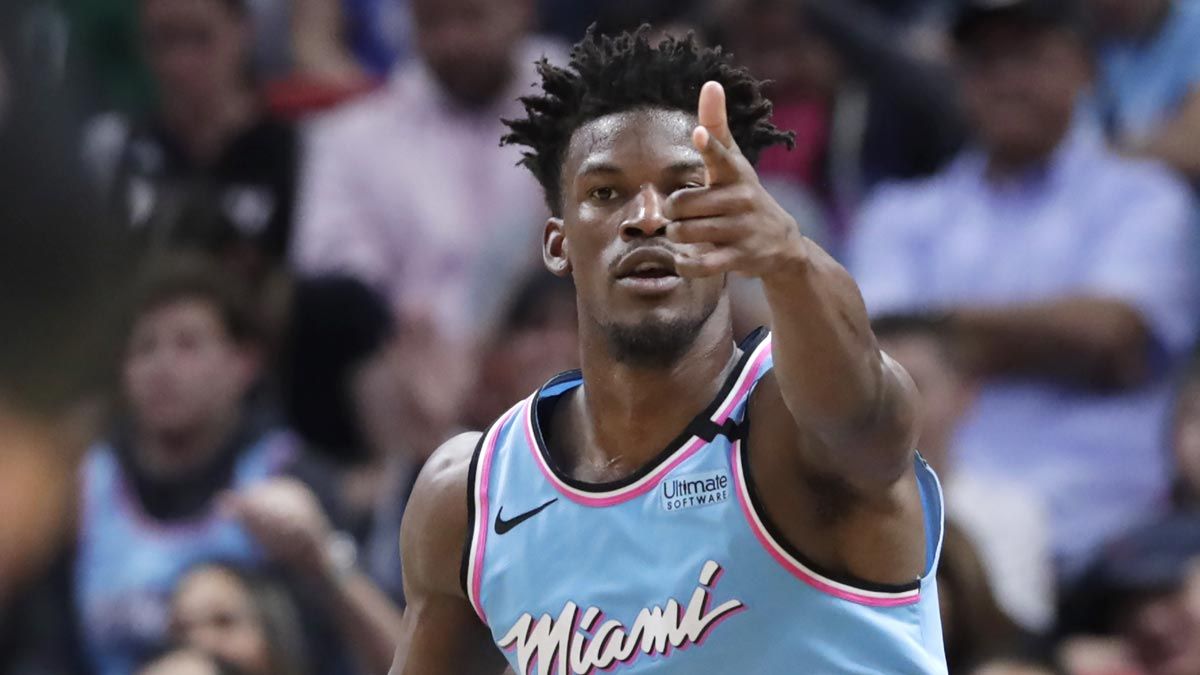 Miami had a league-high eight games remaining against the eight teams that didn't qualify for the Disney restart.

Now the Heat will have a fight on their hands just to hang onto the No. 4 spot in the East.

Miami plays Boston, Denver, Indiana twice, Milwaukee, Oklahoma City, Toronto and Phoenix in the seeding games. That schedule ranks harder than Indiana's or Philadelphia's — the Pacers and 76ers both will head to Disney two games behind the Heat in the East standings.

Orlando and the Lakers both saw seven games against the eight Disney-non-qualifiers canceled, tied for second-most in the league behind Miami. Memphis had the fewest such games lost, with just one — a matchup against New York.

HOME ON THE ROAD 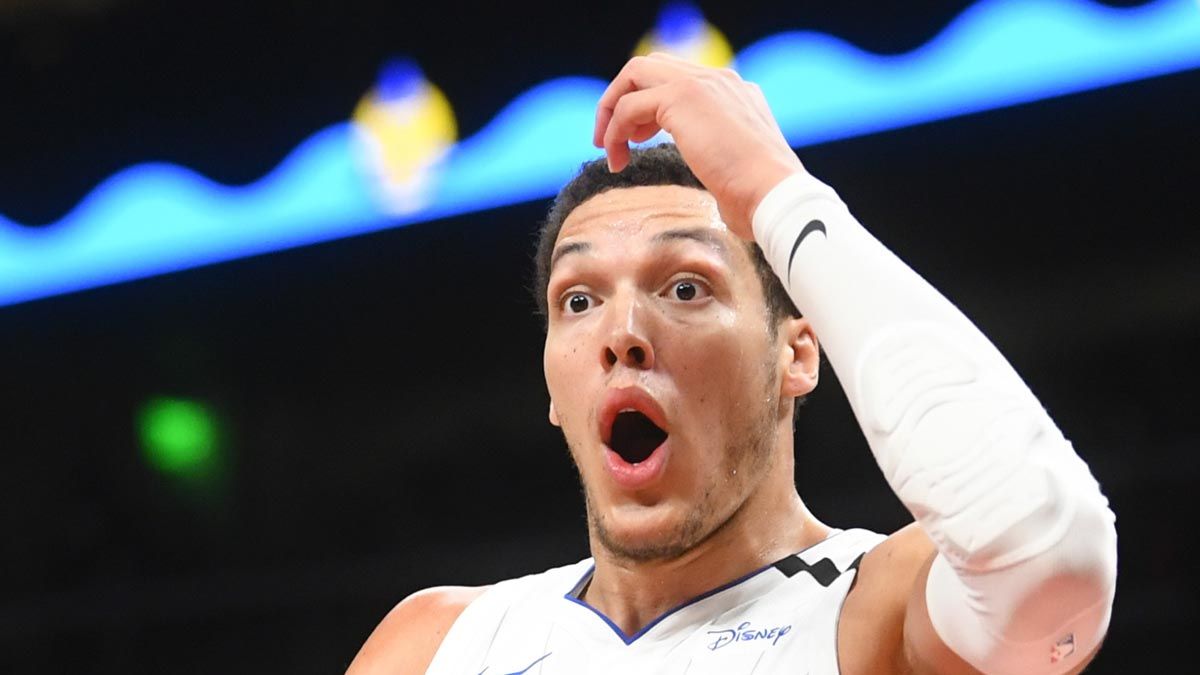 All 22 teams will be staying at the Disney campus for the rest of their seasons. Yes, that includes the Orlando Magic — whose home arena is about 20 miles from Disney World.

The Magic simply see it as doing their part to make the restart happen.

"We appreciate the leadership of NBA Commissioner Adam Silver, our longtime partner, Disney, and our local leaders in this unprecedented time," Orlando Magic CEO Alex Martins said. "We look forward to providing assistance as needed in restarting the NBA season in Orlando, while using our collective platform to drive meaningful social impact." 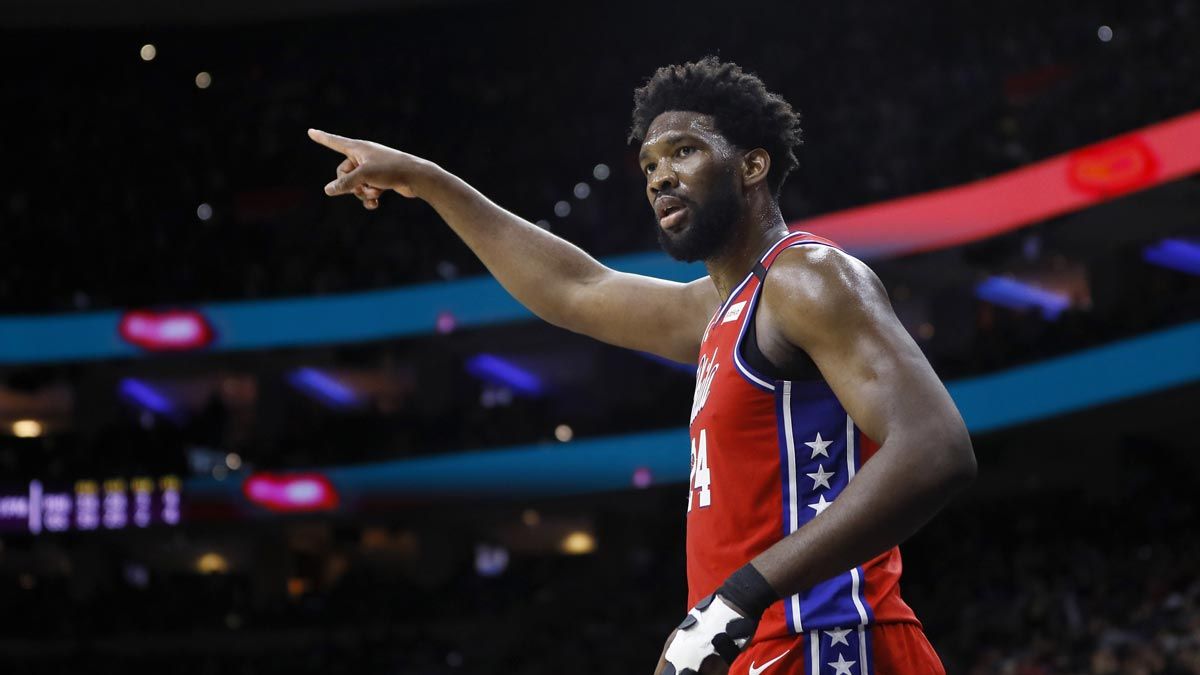 Philadelphia was the NBA's best home team this season, going 29-2 — on pace to be the second-best home record in a season in franchise history. The 1949-50 Syracuse Nationals were better, going 36-2 at the State Fair Coliseum in the franchise's inaugural season.

Problem is, the 76ers won't be playing in Philly again until next season.

Philadelphia went just 10-24 on the road in the regular season, the second-worst road mark of the 22 teams that will be playing at Disney. Only Washington (8-24) was worse.

If the 76ers are going to go deep in these playoffs, they'll need to figure out how to win without the raucous Wells Fargo Center advantage.

THEY WILL BE MISSED 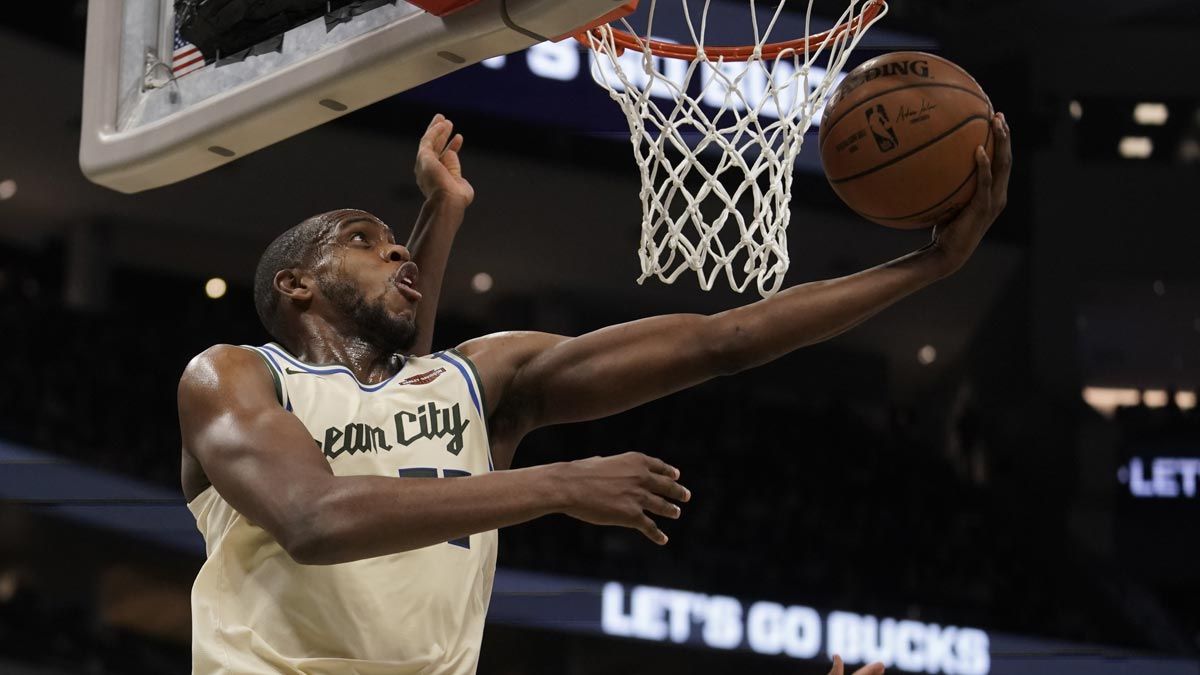 Milwaukee has the NBA's best record, and one of the reasons the Bucks hold that mark right now is because of how good they were against the eight teams (Charlotte, Chicago, Detroit, Cleveland, Atlanta, New York, Minnesota and Golden State) that didn't qualify for the Disney restart.

The Bucks were 22-0 against those eight teams — one of three NBA teams to go unbeaten against that group. Oklahoma City was 15-0 and the Lakers were 12-0. Toronto and Boston were both 19-1 and Utah was 15-1.

Only one remaining team had a losing record against those eight clubs: San Antonio went 7-8. 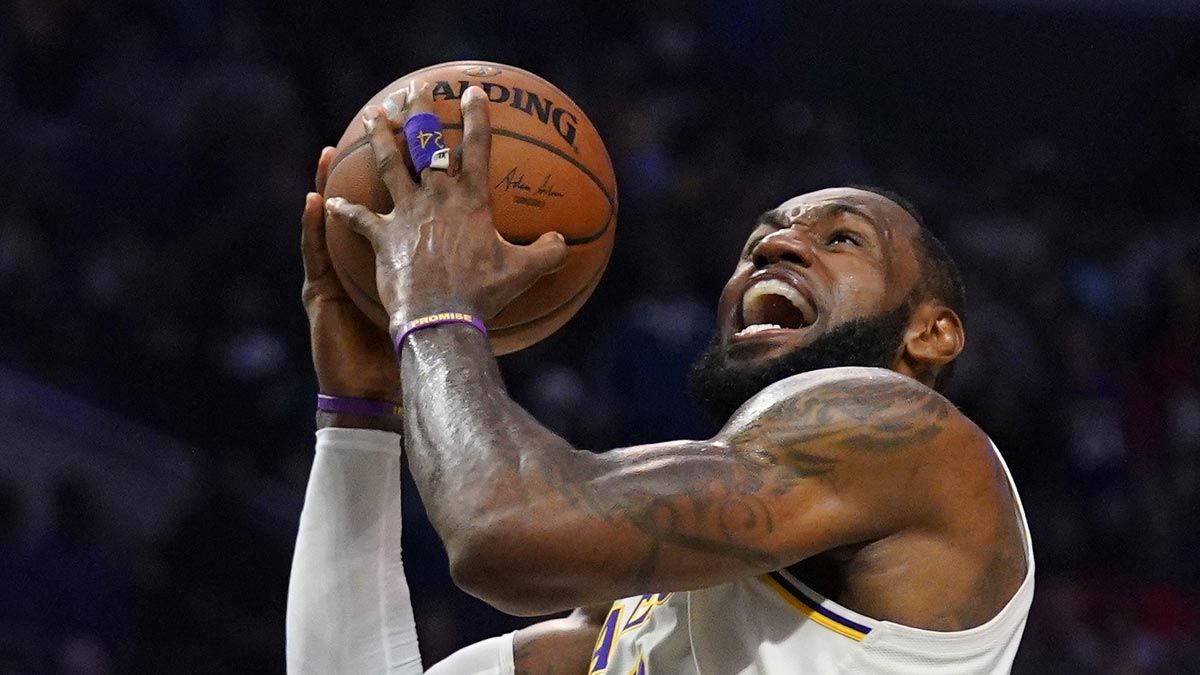 The schedule means that the Lakers won't play a back-to-back-to-back after all.

The Lakers would have played home games on April 7, 8 and 9 against Golden State, Chicago and the Clippers — the last of those coming because a game that was scheduled to be played shortly after Kobe Bryant's death was moved until later in the season.

For 26 players on the rosters of the 22 teams, Disney is going to look familiar. They played there in college.

And lest we forget, the Lopez brothers — Milwaukee teammates Brook Lopez and Robin Lopez — are huge Disney fans, and have made their affinity for the place very well-known in recent weeks.

For the first time in eight seasons, the league record for total 3-pointers made won't get broken.

It was on pace to be smashed.

Florida — the Sunshine State — will be the epicenter of basketball this summer.

While the NBA is headed to Disney, the WNBA season is also scheduled to begin next month and be headquartered in Bradenton, Florida. That's about 100 miles from where the NBA will be playing.

The WNBA plan is for its players to be housed at the IMG Academy, with games to be played at the nearby Feld Entertainment Center.